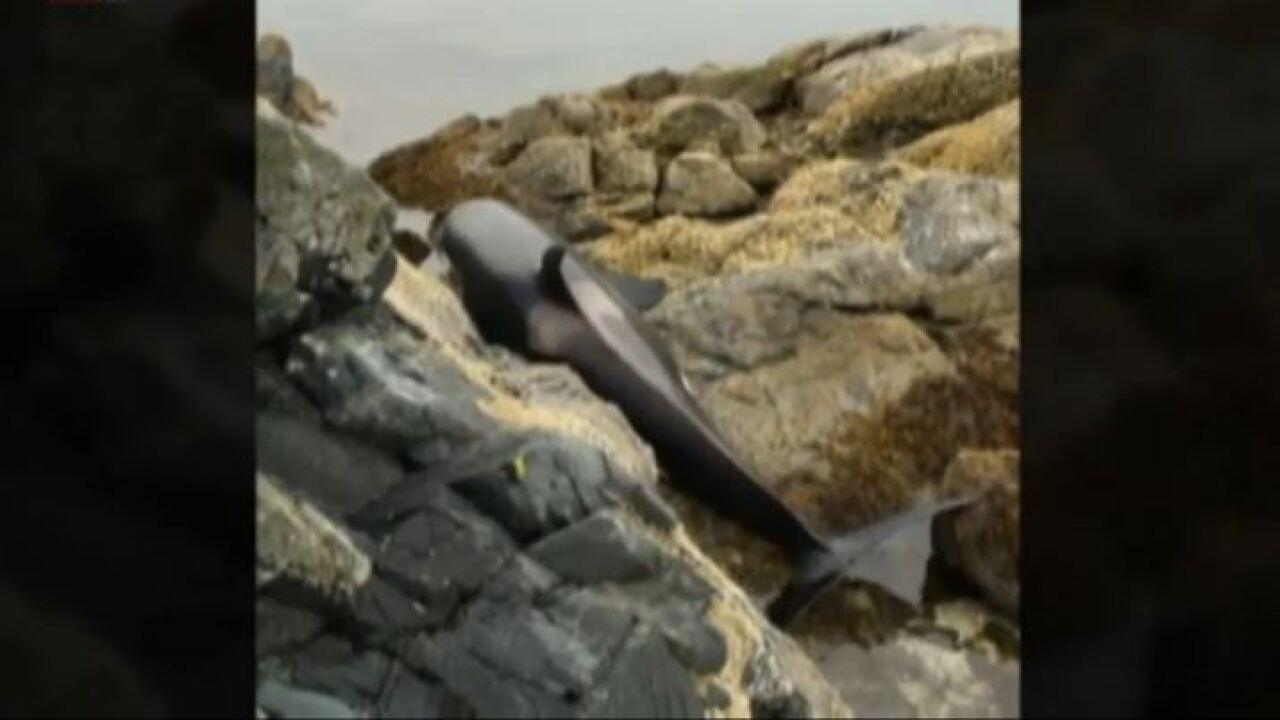 BRITISH COLUMBIA, Canada -- A young female killer whale became stranded on some rocks off the coast of British Columbia, and volunteer rescuers sprang into action to keep the massive mammal alive until the tide came back in and the whale could get itself free.

The rescuers used blankets and water to keep the orca calm, cool and wet while it was stuck. See the video above for footage from the rescue and details on the incident. The report is courtesy CBC News and reporter Chris Brown.