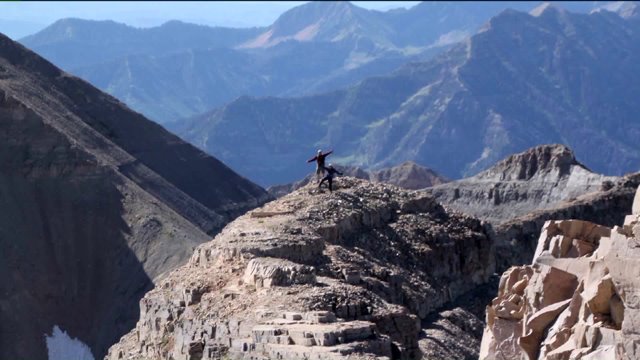 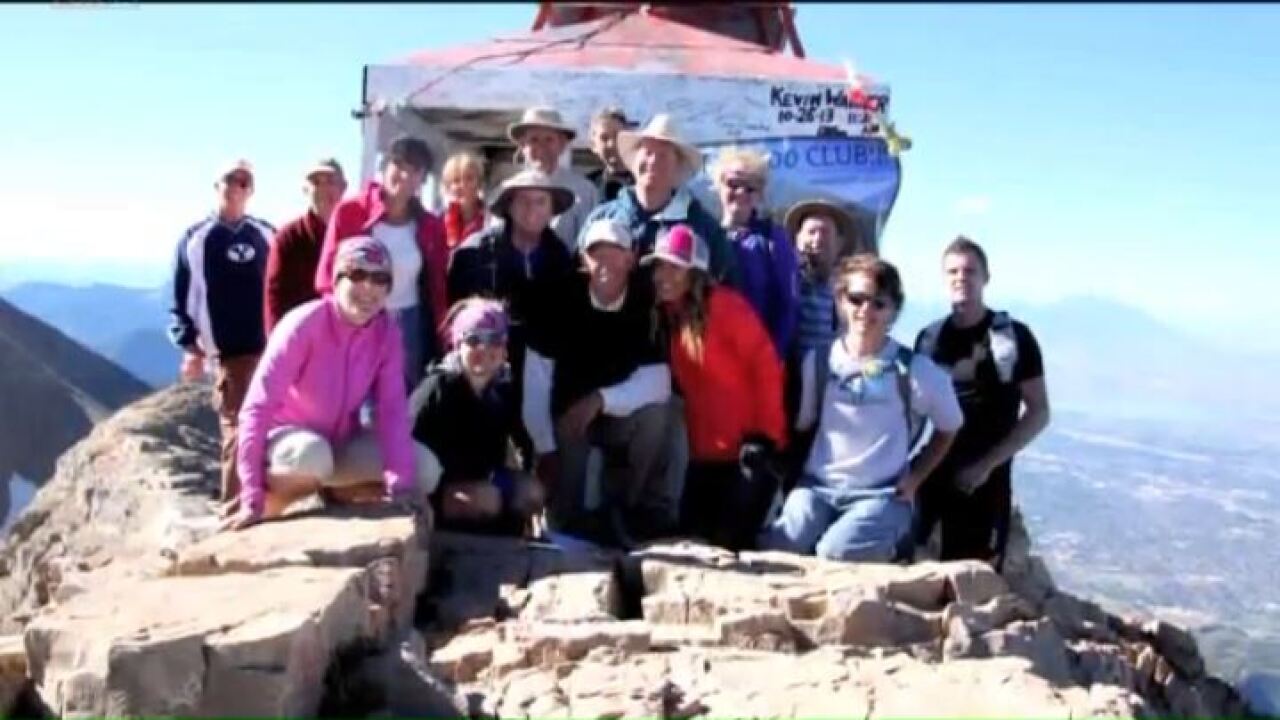 MOUNT TIMPANOGOS, Utah – A 73-year-old man from Utah County has become a regular sight on the trail to the summit of Mount Timpanogos, and the determined hiker made his 700th ascent Friday.

Ben Woolsey reached the summit of Mount Timpanogos, becoming the first and only known person to do so 700 times. The hike up the 11,752-foot summit is about 15 miles round trip.

Most of those hikes have happened since Woolsey retired from his job as a letter carrier, and he said in order to reach his goal he has sometimes climbed the mountain twice in a single day.

Friday morning, Woolsey began the ascent with a few friends at his side.

“This was the most beautiful hike we've done, and we were graced with probably 10 mountain goats at the saddle that were walking amongst us, and the summit was beautiful and warm,” said Tina Crowder, a hiker who joined Woolsey on the journey Friday and who operates the Hike the Wasatch Facebook page.

The group had a special message at the top for Woolsey.

“One of our members prepared a banner up there that said the '700 Club,'” Crowder said.

So far it’s a club that’s so exclusive it has only one member.

“The person closest to him is around 450,” said Eric Bean of WasatchHiker.com

Woolsey said it was a great hike, but so were the other 699.

“Some people think doing the same hike every day is boring, but to me it’s not,” Woolsey said. “…whether it's animals or people or flowers, it changes every day."

“I've been chased by a moose; that was kind of special,” he said.

“People will stop and say, ‘Hey, aren't you that guy who hikes Timp all the time?” she said.

He’s earned a reputation as "that guy" who helps everyone out on the trail.

“One of my goals besides making it to the top is to help somebody every day that I hike,” Woolsey said. “...extra water, knee braces, ankle brace, tape, first aid stuff, extra food just in case I run into somebody that needs something.”

He said, more than anything else, he gives out lots of encouragement.

“My favorite hikes are getting first-time people up here, that have never been here and see their enjoyment of it,” he said.

On Woolsey’s 700th hike a knee brace was used, but not by him. He gave one away to a younger hiker who looked like he could use one.

Woolsey said he is very goal-oriented and likes big, round numbers—so his next goal is 800 trips to the top of Mount Timpanogos.