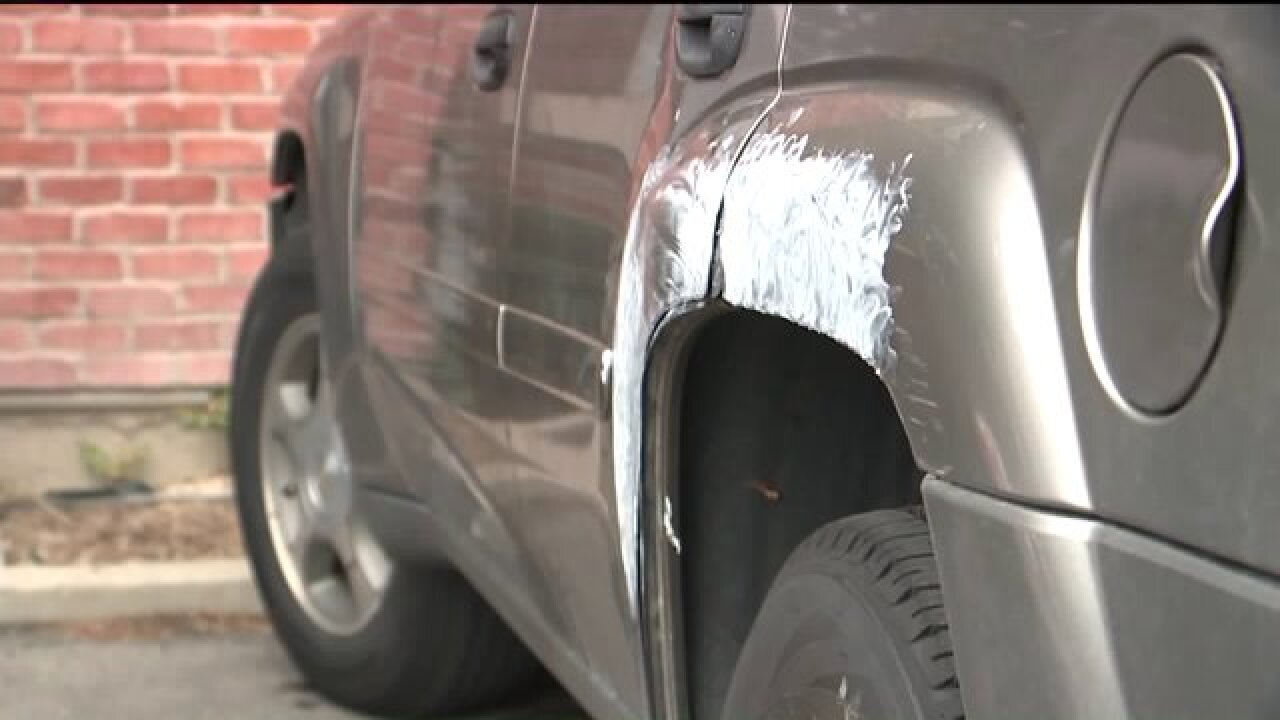 OREM, Utah -- In a matter of days, a group of travelers has managed to dupe residents out of hundreds of dollars, according to Orem Police.

The reports to police have come from drivers, who all share similar stories. Over the weekend, several were approached by groups driving in pick-up trucks, offering car repair services.  When they turned the offer down, Martinez said, the group persisted and even began the repairs without any consent from the owners of the cars.

“There's been one instance where there was duct tape put over a dent, and then painted to make it look like the car was fixed,” said Martinez.

“It is worse than it was before,” said Velez of the repair.

As he exited his car to enter the store, Velez said a man approached him and offered to fix a dent on the back of his car.  When he declined, the man insisted.  Eventually, Velez walked away to continue his shopping, however, when he returned he found the man working on the dent.

“I got kind of frustrated because I told him no,” explained Velez. “He started to get like really verbally aggressive and saying, ‘Hey, you owe me $800, you owe me this, let's go to the bank and get that money.’”

Instead, Velez offered the man $100, which was all he had on him at the time.

“If you're willing to like threaten me for $800, I figured helping him a little bit is better than nothing,” he said. “He didn’t do anything worth $100.”

According to police, they believe there are 20 people in total traveling around together in the city.  While these reports are relatively new, they experienced a similar problem a few years ago.

"If someone approaches you with that type of scam, don't worry about calling police,” Martinez said. “Give us a call and let us look into it."