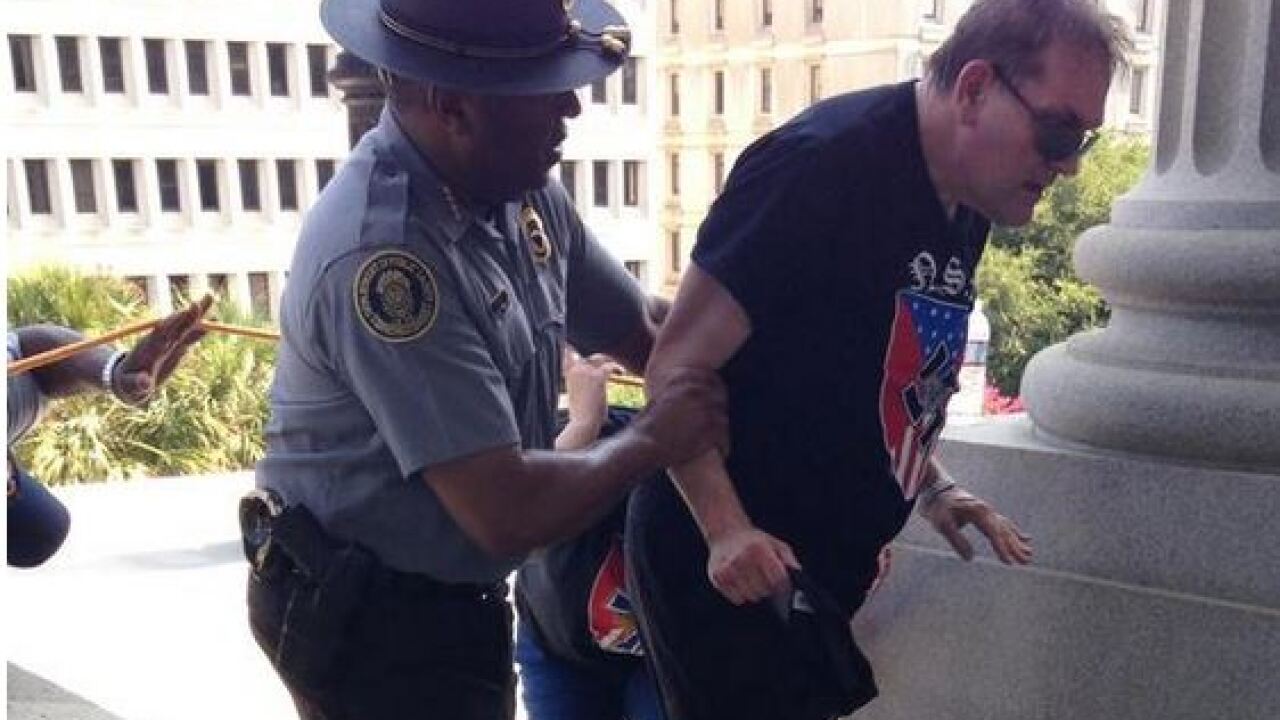 (CNN) — As supporters of the Black Panthers and the Ku Klux Klan clashed Saturday at the South Carolina Capitol, a photo from the scene is generating positive reaction.

The image shows a black officer assisting a man in a National Socialist Movement T-shirt up the statehouse stairs. The photo spread through social media after Rob Godfrey, deputy chief of staff to South Carolina Governor Nikki Haley, took the photo and shared it on Twitter with the caption, “not an uncommon example of humanity in SC.”

not an uncommon example of humanity in SC: Leroy Smith helps white supremacist to shelter & water as heat bears down. pic.twitter.com/GoF23r3mRe

The officer in the photo is Public Safety Director Leroy Smith, Godfrey and a department spokeswoman said.

“He was assisting with crowd control on the stairs where the KKK was rallying,” spokeswoman Sherri Iacobelli said.

Smith was helping the man find shelter and water as temperatures soared into the high 90s.

“He had observed that the person appeared to be feeling ill from the heat and needed assistance,” Iacobelli said. “He was helping get him up the stairs the statehouse so that he could receive emergency medical care.”

Many praised the officer for his professionalism.

As one person said: “He is a professional and did what he was trained to do. Color has nothing to do with his job. White dude will never forget it.”