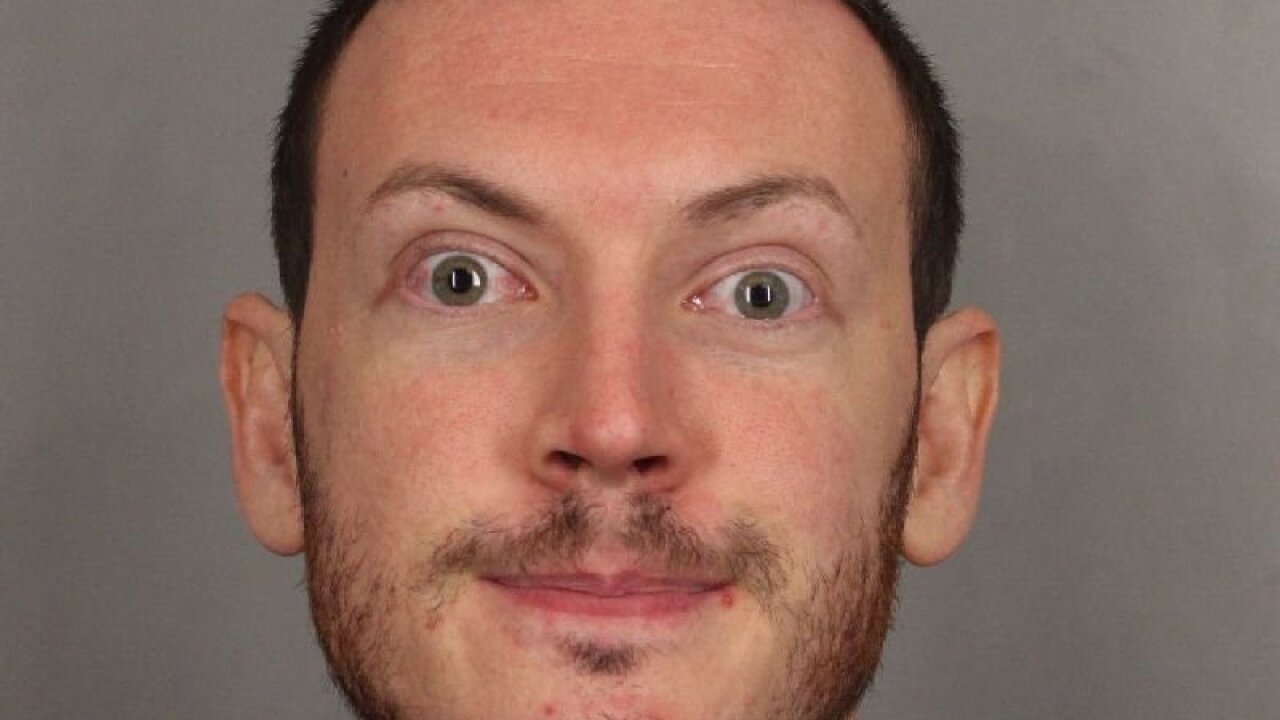 HI-RES VERSION AURORA, Colorado (CNN) — A notebook allegedly mailed to a psychiatrist by movie-theater shooting suspect James Holmes before the July attack will remain off-limits to prosecutors, but defense lawyers will get to look at it under an agreement reached Thursday. During a court hearing, prosecutors added 10 new attempted murder charges and amended 17 others among the 142 already lodged. Holmes appeared in court with close-cropped dark hair instead of the bright orange hair he had shortly after his arrest. Holmes is accused of murder, attempted murder, weapons violations and other charges. Prosecutors and defense attorneys waived a reading of the new and amended charges, but court officials later posted them online. Holmes is accused of killing 12 people and wounding 58 during a midnight screening of the Batman film “The Dark Knight Rises” July 20 at an Aurora cinema.

That could be the next question jurors will be asked after finding Holmes guilty Thursday of first-degree murder in the July 2012 shooting.

Holmes faced two counts of first-degree murder for each of the 12 victims. The jury found him guilty on all 24 counts.

Holmes, who had pleaded not guilty by reason of insanity, showed no reaction as the verdict against him was announced. He stood at the defense table with his attorney, his hands in his pockets. He faced a total of 165 charges.

The jury also found Holmes guilty of attempted murder on all of the 140 counts against him for the 70 people wounded in the shooting. Additionally, he was found guilty of one count of possession or control of an explosive or incendiary device.

The gallery in the courtroom was full of survivors of the shooting and friends and family of the victims. Tissue boxes were underneath many of their seats. Before the reading, the mother of victim Jessica Ghawi was holding her daughter’s green scarf up to her eyes while she waited to hear the verdict.

When the judge read the first guilty verdict, family members let out an audible sigh. As the verdicts continued to be read, and people waited for the specific counts relating to their loved ones, family members started reaching out to one another — placing their hands on each others’ shoulders and backs in support.

Sandy Phillips, Ghawi’s mother, later cheered the verdict, saying: “We are very happy that this animal, that this monster, will never see the light of day.”

Jansen Young, the girlfriend of victim Jonathan Blunk, said she felt relief as the verdict was read.

“I didn’t know what I would feel when I came, but I just feel so much relief. Justice is here,” she told CNN affiliate KMGH. “This is a huge step forward today.”

The verdict was reached in almost 12½ hours: The jury began deliberations Wednesday morning.

A sentencing phase, which is expected to last about one month, is slated to begin next Wednesday. The same jury will deliberate during that phase. In 2013, the prosecution signaled it would seek the death penalty.

By virtue of his insanity plea, the now 27-year-old Holmes had never denied he was behind the killings. But given his mental state, his lawyers argued that he should not be found culpable.

King told the court psychosis had obscured Holmes’ ability to think about things the way a rational person does.

“Only the mental illness caused this to happen and nothing else.”

Prosecutors — who called more than 200 witnesses to the stand, among them investigators, students who knew Holmes and his ex-girlfriend — insisted the shooter knew well what he was doing. He acted deliberately to deliver pain and his mental issues shouldn’t excuse him from paying the price, they argued.

“Look at the evidence, then hold this man accountable,” Arapahoe County District Attorney George Brauchler said. “Reject this claim that he didn’t know right from wrong when he murdered those people and tried to kill the others. …

“That guy was sane beyond a reasonable doubt, and he needs to be held accountable for what he did.”

Having bought a ticket 12 days earlier, Holmes on July 19, 2012, walked into the theater No. 9 screening of “The Dark Knight Rises” like other patrons. He then walked out through a rear door, which he left propped open.

Just after midnight, some 18 minutes after the movie began, he returned wearing a ballistic helmet, a gas mask, black gloves and protective gear for his legs, throat and groin.

A tear gas canister exploded in the theater, then gunfire erupted from an AR-15 rifle, a 12-gauge shotgun and at least one .40 caliber handgun. The shooting stopped with Holmes’ arrest outside the theater about seven minutes after the first 911 calls were made to police.

The shooter’s parents, Robert and Arlene Holmes, were regulars in court during their son’s trial. They have not talked to reporters. But they have written two open letters and published a prayer book detailing the family’s internal struggle and pleading for their son’s life.

James Holmes’ mother struggled to hold back emotions in court Thursday. With her daughter’s arm around her, Arlene Holmes blotted her eyes.

After court was adjourned, James Holmes turned around once to make eye contact with his family, which was not looking in his direction. He tried again; they were blocked from view. He didn’t call out to them, and his family had already begun to file out of the courtroom.

In a December 2014 letter published in the Denver Post, the shooter’s parents said, “We have spent every moment for more than two years thinking about those who were injured, and the families and friends of the deceased who were killed, in the theater shooting in Aurora.

“We are always praying for everyone in Aurora. We wish that July 20, 2012, never happened.”

Still, while they don’t deny James Holmes was behind the carnage, the parents said they didn’t think he should have been put on trial, much less be convicted and possibly face the death penalty, given his mental state.

“(James Holmes) is not a monster. He is a human being gripped by a severe mental illness,” his parents wrote. “We believe that the death penalty is morally wrong, especially when the condemned is mentally ill.”