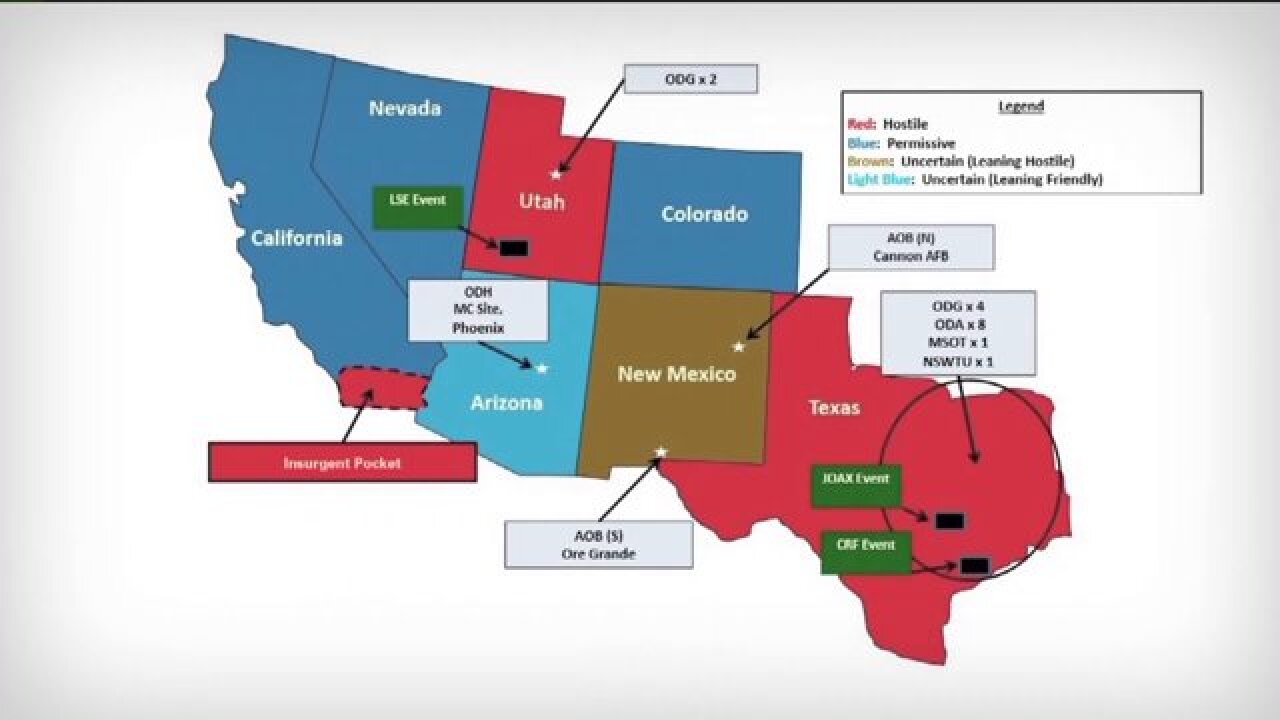 SALT LAKE CITY -- Here are two explanations of Jade Helm 15, one from the Army and one from conspiracy theorists.

1. It's a massive special operations training conducted in states that most closely approximate the deserts and mountains of the Middle East, or
2. It's a massive excuse to march into states with high concentration of individualistic veterans and small-government conservatives and enforce martial law.

Asked if Jade Helm is an excuse to declare martial law, Utah National Guard Spokesman Lt. Col. Steven Fairbourn said:"Oh goodness, No. This is simply an opportunity for them to train in a battlefield environment that emulates something overseas and we cannot recreate this on the small space of a training facility like Camp Williams or Dugway."

Utah will host some of the exercise on private land in Carbon and Emery Counties.

It's one of 10 states where special operators will spend time training to work in small teams, learning how to operate while out of contact with their commanders, companies and battalions.

The Army has said Jade Helm 15 should go largely unnoticed by the general public, though they may see more military traffic at times.