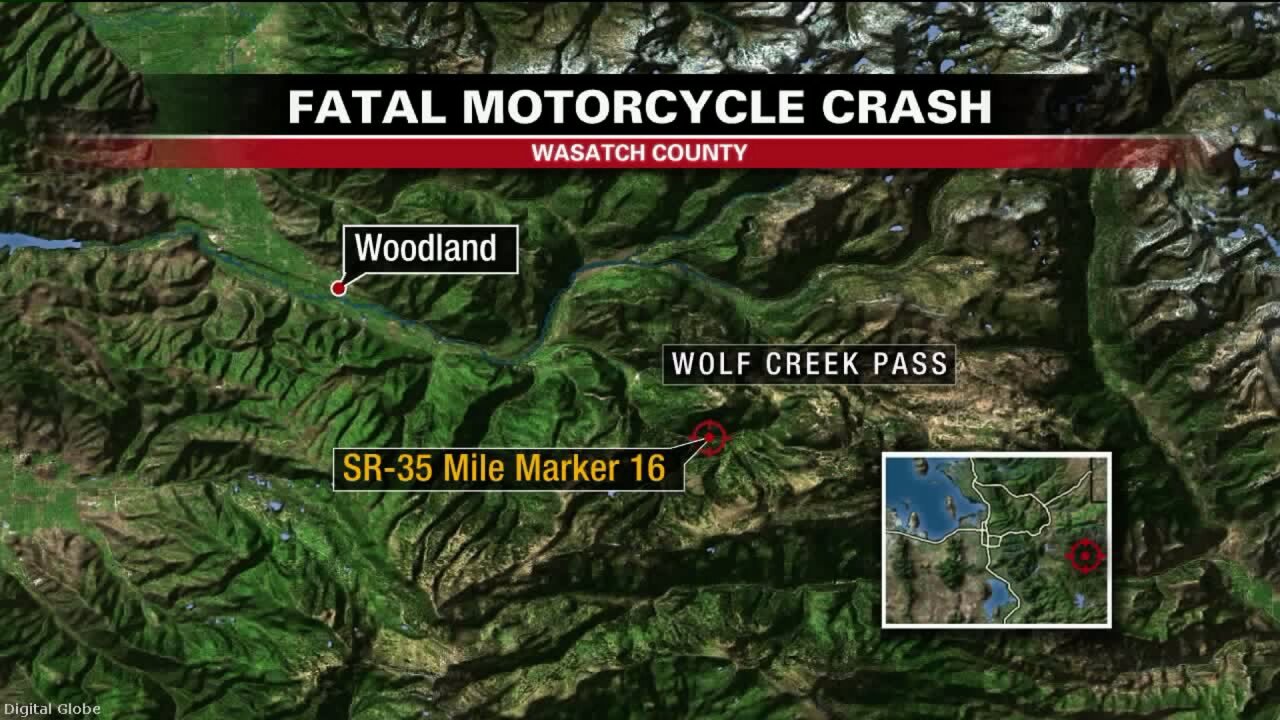 WOLF CREEK PASS, Utah – Authorities have identified the man who died in a head-on collision after his  motorcycle drifted into oncoming traffic and hit a truck that was pulling a trailer Sunday afternoon.

According to UHP, the was called in at about 2:13 p.m. on State Route 35 near mile post 16 in the Wolf Creek Pass area—which is about 15 miles east of Francis.

Officials said Islas-Espinoza drifted to the left and into oncoming traffic for an unknown reason.

The motorcycle hit a truck and trailer head-on.

Islas-Espinoza was pronounced dead at the scene of the crash.

No one else was injured.