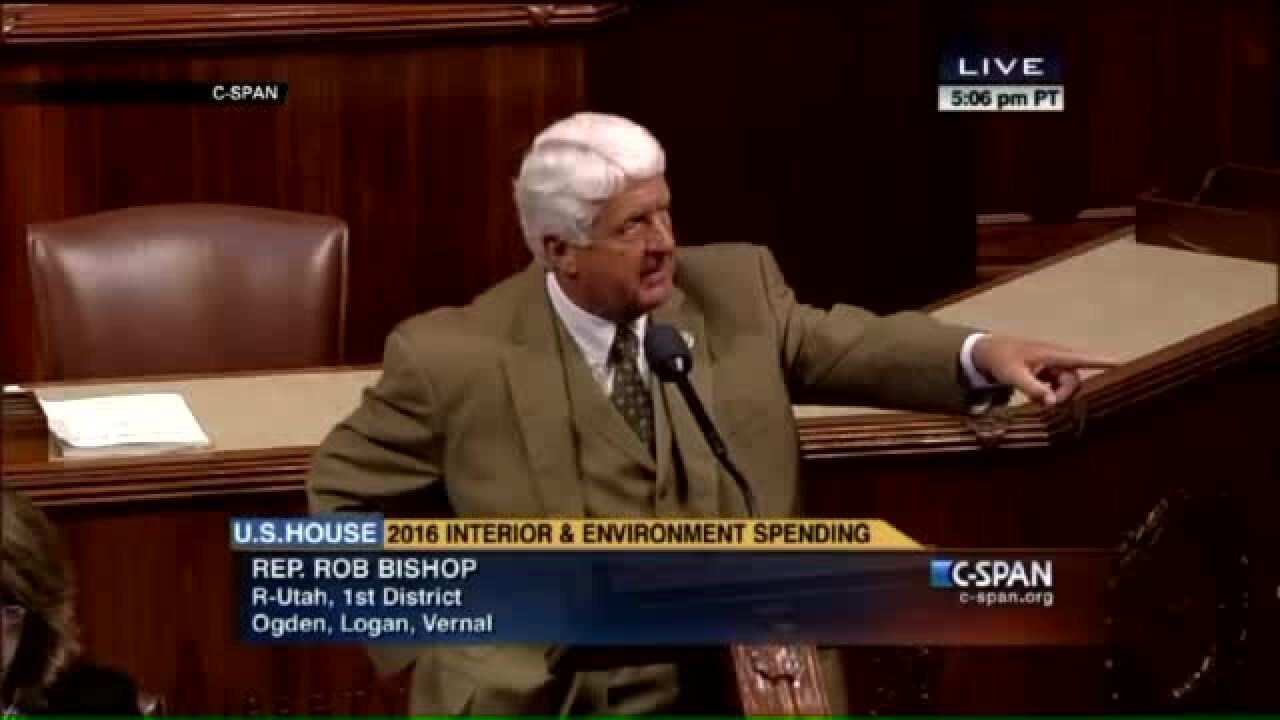 It’s a move that has Utah’s congressional members firing back at the White House, saying the president overreached his power.

Congressman Rob Bishop represents Utah’s First Congressional District, and he voted to block the designation of the national monuments.

Bishop supported an amendment that would’ve prevented the president from naming future monuments here in Utah and in other areas. Some Utah lawmakers are still angry over a similar move that occurred back in the late ‘90s when then-President Bill Clinton designated the Grand Staircase a national monument without any input from the state.

But this week’s vote won’t have much impact on the president’s designations Friday, which were in Nevada, California and Texas.

It was a Nevada lawmaker who brought that spending amendment to the House of Representatives, and it would block the White House from using funds to designate proposed national monuments in 17 western counties, including Utah’s Kane, Garfield and Wayne counties.

Those are areas here made up largely of federally controlled lands, like the Grand Staircase National Monument.

It’s an area Bishop said needs protection from the government.

“The people in the counties that are designated in this amendment need to have the right to have some input in how land decisions are used in that area,” Bishop said on video captured by C-SPAN. “This is what this amendment does: Give them the chance to be heard, because under the present Antiquities Act, they are not heard.”

Conservationists in Utah have a different take.

“It’s partisan politics at its core that the Republicans in Congress, some here in the state of Utah, feel like it’s an abuse of authority,” said Stephen Bloch, legal director of the Southern Utah Wilderness Alliance.

According to Bloch, without preservation efforts such as those afforded under the Antiquities Act, state leaders would open up land to development.

Bishop has argued that the Antiquities Act is not being used as it was intended to be when it was created in 1906. He said this week it’s now being used as a political weapon.