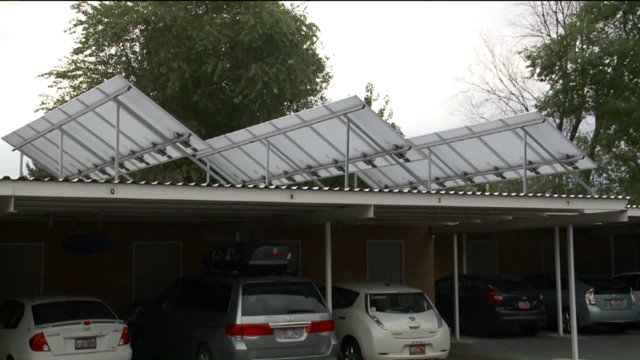 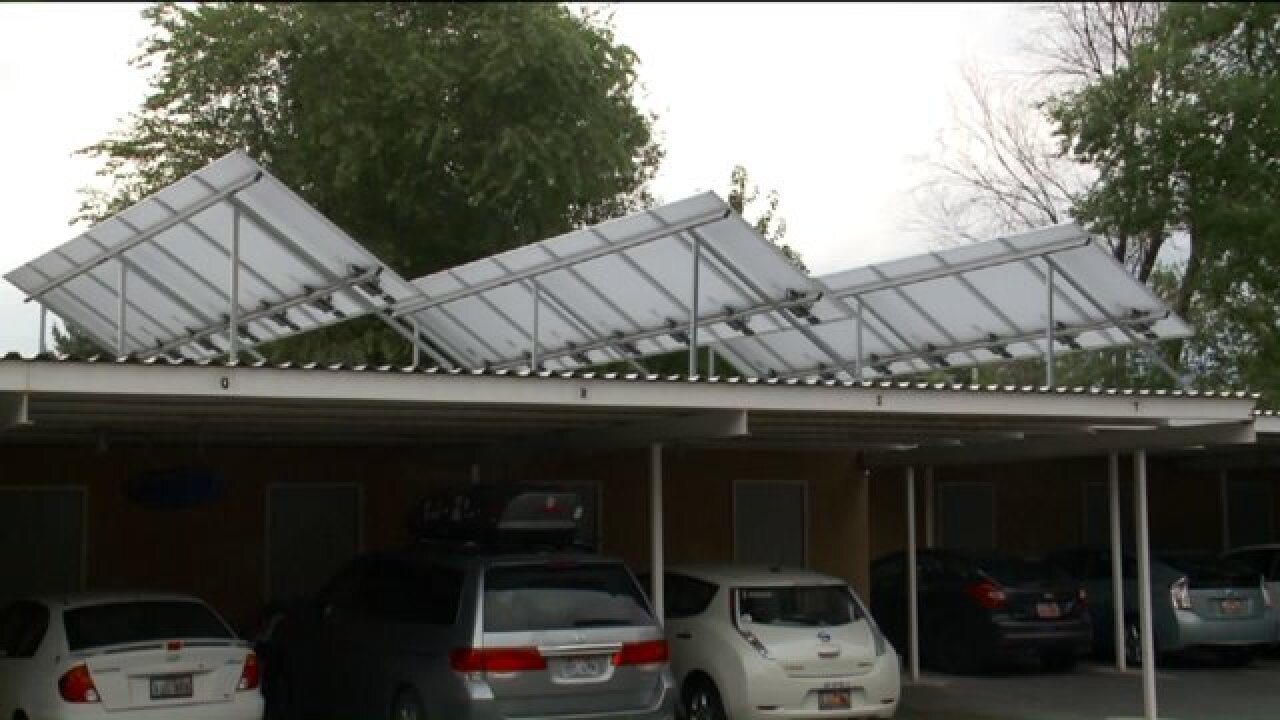 SALT LAKE CITY -- People living in a Glendale neighborhood who use solar power are upset over a proposed fee for solar panel users.

Those residents said the proposed fee is unfair, while energy regulators argue customers who don't generate their own power are picking up the tab for those who do.

People living in the Wasatch Commons Community in Salt Lake City have been benefiting from the use of solar power since panels were installed in 2013.

They provide electricity to parking areas, paths and their community center.

“Since then, we’ve had several residents that have put solar on their house,” said resident Kathy Albury. “We have one resident that has put up a solar hot water heater on his unit. And then another unit has solar panels on the west side of their house that provides all the electricity.”

But Albury said she is worried the benefit may come at a cost.

Wednesday, she joined neighbors and community leaders as they called on state regulators to continue providing fair and affordable access to solar power.

Rocky Mountain Power is looking at adding a fee.

“Right now we’re asking the commission to determine what is a fair value for those customers to pay for the wires and the poles that still provide electricity to them?” said Paul Murphy, a RMP Spokesman.

But Albury said that proposal doesn’t sit well with her and other residents.

“I’m really frustrated that they’re making this effort,” she said. "I think it shows a real lack of caring for our air and the stuff that we're breathing.”

Rep. Angela Romero, D-District 26, represents the neighborhood in Glendale, and she said solar power is part of “the new wave” and she believes the proposed fee would deter potential solar users from making the switch.

“Regardless of what your zip code is, it’s important to invest in that because it’s investing in your health,” Romero said.

“Rocky Mountain Power will not see an increase or decrease in profits because of this,” Murphy said. “We just want to make sure that all customers, all customers are treated fairly."

Customers may know by the end of the year if a fee will be approved by the Utah Public Service Commission.