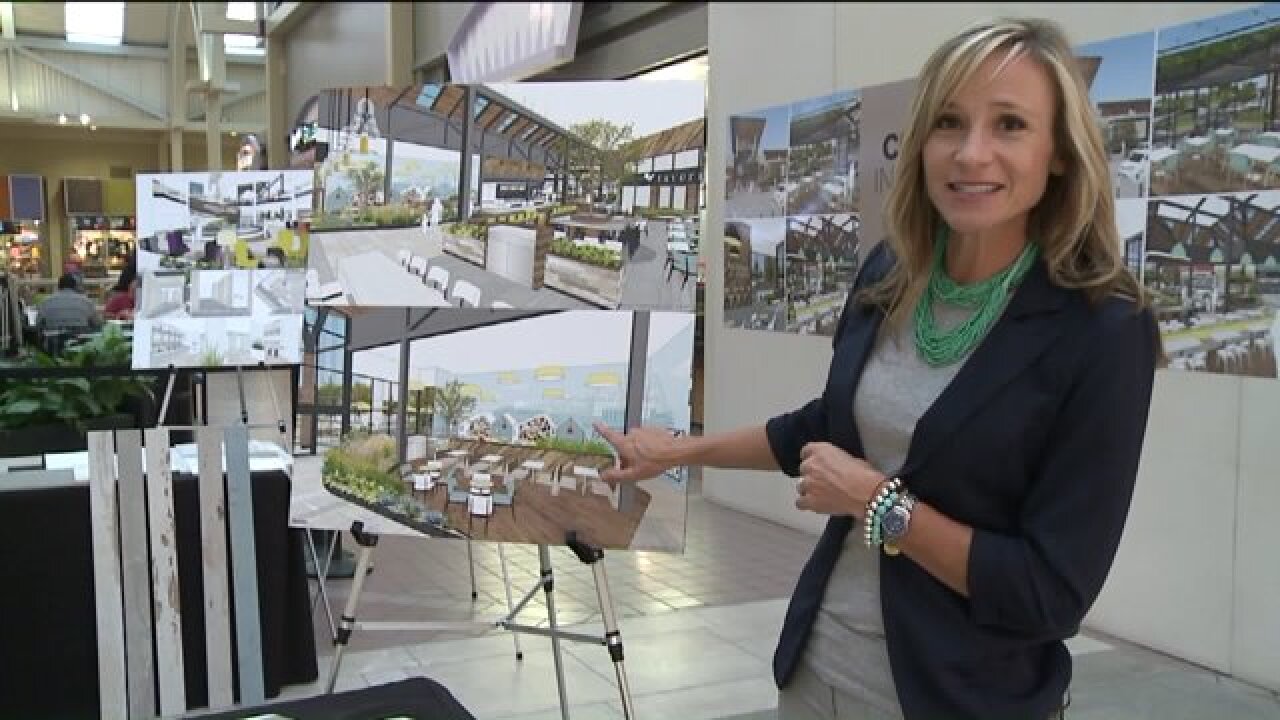 The first phase of the project, which starts in August, includes revamping the parking lot and landscaping to accommodate the new off-ramp going in off I-15 northbound.

“Traffic problems that may have existed before on 106th, will be completely alleviated with this new underpass, directing you right into the mall, so you can have a fun shopping experience,” said Nicole Martin with Sandy City.

“We’re going to have some new reclaimed wood that will cover the elevator,” said Alicia Rutledge, marketing director with the South Towne Center. “And then we’re going to have a huge graphic, interactive piece right here that will be a digital screen.”

The new mall is part of “The Cairns,” Sandy's 1,100-acre city center, which will add 20 million square-feet of new development to the city.

“And you’re going to see entertainment that’s not found anywhere else,” Martin said. “Of course--with the transformation of the mall--truly a live, work and play experience.”

The mall's new owner, Gentler Associates in Los Angeles, is the designer of the project.

“We’re going to be redoing our entire restrooms,” Rutledge said. “So we’ll have family restrooms, that have a family lounge, and they’ll have a separate nursing areas for parents.”

Representatives with the city said they hope the changes will attract more residents from the Salt Lake Valley.

“I think they’ll be creating a shopping experience here that is unlike any other in the state,” Martin said.

The entire project should be completed by the Fall of 2016. Mall representatives say they will be bringing in new local and national retailers when construction is complete.