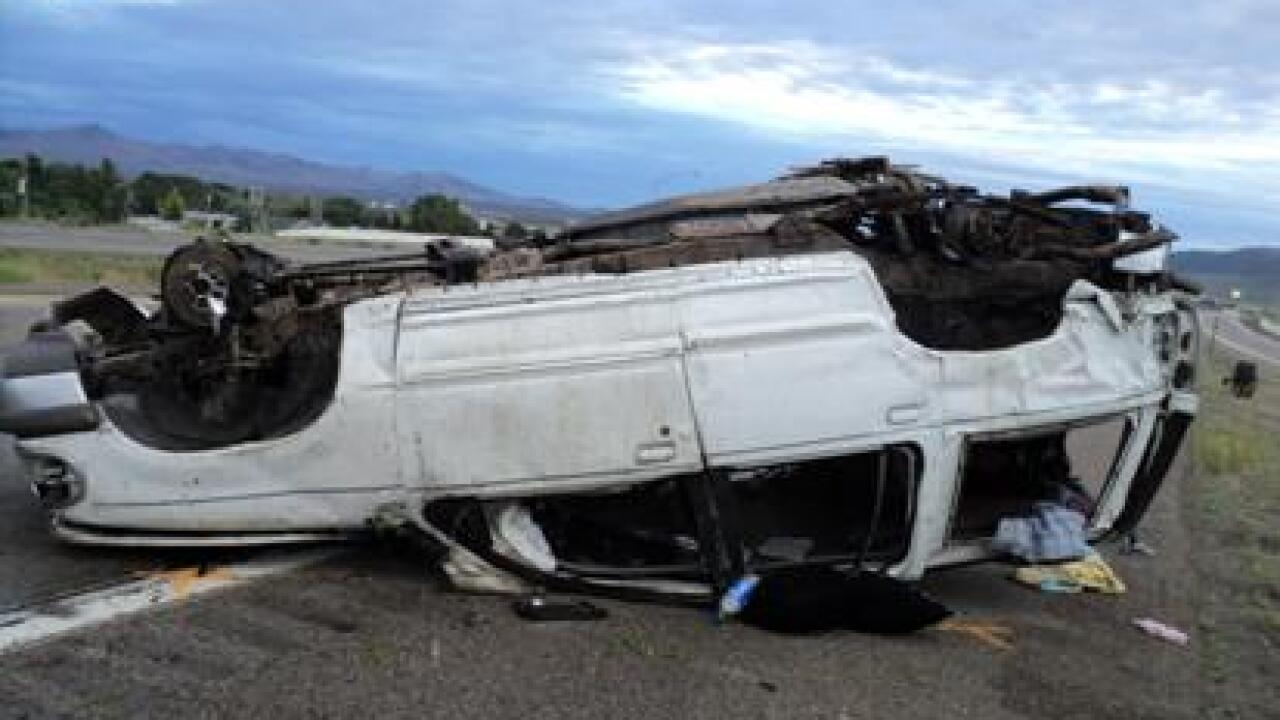 Nevada Highway Patrol responded to the crash on Interstate 80 over the Wells overpass at about 1:10 a.m. Preliminary investigation indicates that Richard

Beamont, 38, was driving a 1995 Ford Explorer eastbound when the vehicle for an unknown reason left the roadway, hitting a guardrail, according to a press release from NHP.

According to NHP, Beaumont steered the Explorer to the right causing the vehicle to cross both lanes of traffic.

“Mr. Beaumont then overcorrected the Explorer to the left causing it to overturn,” the release states.

Beaumont was ejected and was dead on scene. He was not wearing a seat belt, according to NHP.

The right front passenger, Dawna Loughney, 20, was also ejected. Officials report she was also not wearing her seat belt and died on scene.

A 1-year-old girl sitting in the backseat, was also ejected. Officials say she was not secured in a child safety seat.

The seat was found loose inside the vehicle. According to NHP, the child safety seat was not secured to the seat of the Explorer.

The baby sustained no injuries and was released to the Department of Child Family Services.