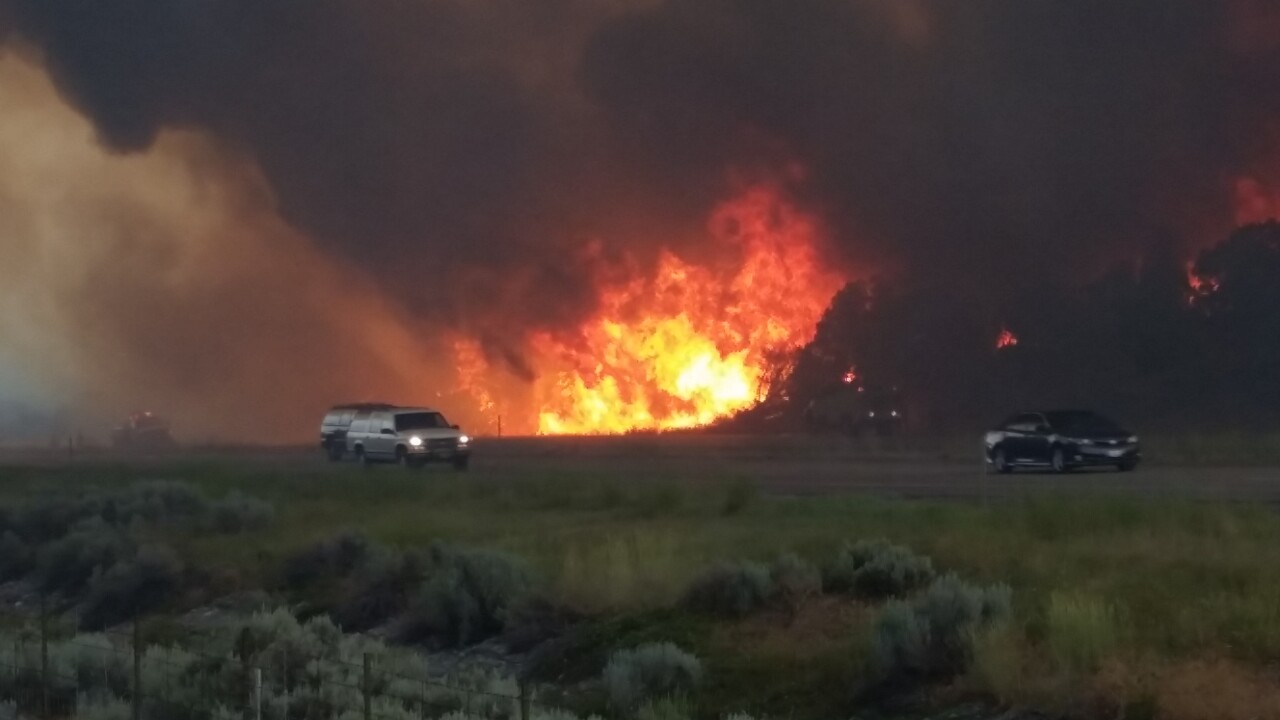 SCIPIO, Utah — Fire officials said Sunday the Scipio Summit Fire, which caused temporary closures on I-15 Friday, was not very active Saturday and is still about 184 acres in size Sunday.

Heavy smoke from the blaze obscured visibility on I-15 Friday, and several lanes were closed for some time that night as a result. Click here for details and images.

The fire was estimated to be on 300 acres at one point, but updated GPS mapping Saturday put the fire at 184 acres.

According to a press release issued by Central Utah Interagency Fire Sunday, the fire was “not very active even with strong afternoon winds” Saturday, and firefighters are working west of I-15 to put out the fire Sunday.

Officials stated there are about 140 personnel on site who have the fire hemmed in, so additional fire growth is not expected Sunday. Further, officials said unless there is any more growth, Sunday’s press release would be the final update regarding the fire. No homes or structures were threatened, and there have been no reports of injury.

One power pole was burned and will be replaced Tuesday by Rocky Mountain Power.

The fire burned on private and BLM owned lands, and it was caused by a lightning storm that occurred Monday. The fire was not reported until it was spotted on a ridgeline Friday.