Program at U of U helps Parkinson’s patients through dance 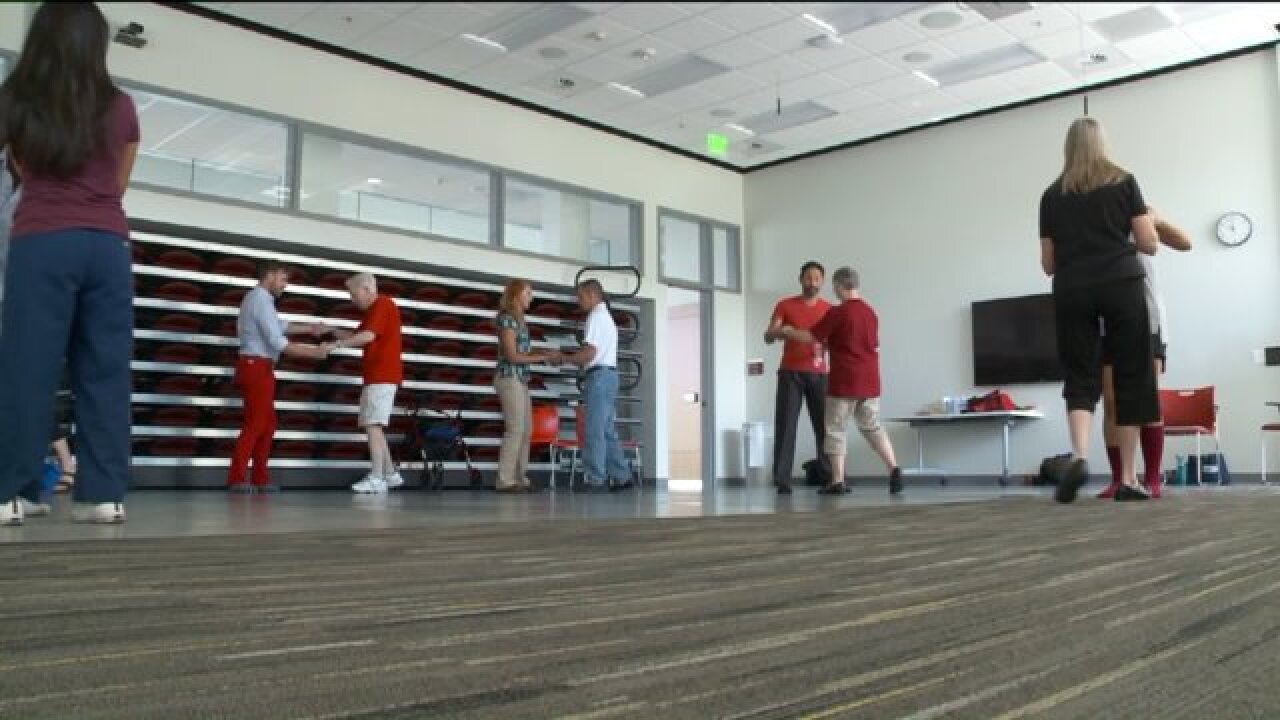 SALT LAKE CITY -- Living with Parkinson’s disease can become crippling, but a program at the University of Utah is trying to slow down the effects of the disease through dance.

Lennie Swenson, a physical therapy student, explains: "Something we say a lot is, 'Use it or lose it' and it really comes into play for these folks."

The folks in the dance class all suffer from Parkinson’s disease, and they're using dance to help slow the advancement of the symptoms. Sylvia Mathis was diagnosed with the disease about five years ago.

“It helps physically, it helps with balance, it helps with coordination, it's really a cognitive exercise as well because you're trying to make your body do things that sometimes it doesn't want to do,” she said of dance.

Swenson said the class helps counter the effects of the disease.

“Part of Parkinson's is that rigidity, and the movement shrinks and they tighten up if they're not really expanding and amplifying their movement, like they are in dance class,” she said.

Juan Carlos Claudio is an assistant professor of modern dance at the University of Utah, and he said he aims to make the class beneficial for all who attend.

“So I try to find complexity, but also simplicity, in all of their exercises I bring into class so everybody gets a chance to feel empowered,” he said.

But, beyond the movement, the dancing also helps with other aspects of the disease.

“It's also very lovely to see the change in their demeanor from the beginning of class to afterwards,” Swenson said.

Claudio spoke more about the positive influence of dance.

Claudio started this program in February and is working with the physical therapy department at the University of Utah. Some of his dancers are still extremely mobile, while others are barely mobile at all.

“I try to keep a very close idea of where they are in their progress, so I try to bring a little bit of higher level of advance movement for them,” he said.

The program has a year's worth of funding, but when that's up next year, Claudio says they'll have to look for other ways to fund the program.

“I hope they can keep it for a long, long time,” Mathis said. “It does so much good for everybody who comes."

Swenson said, beyond helping with movement, learning dance is also a good coping strategy because if patients start to fall they'll know how to step out of it because they've been practicing advanced movements.