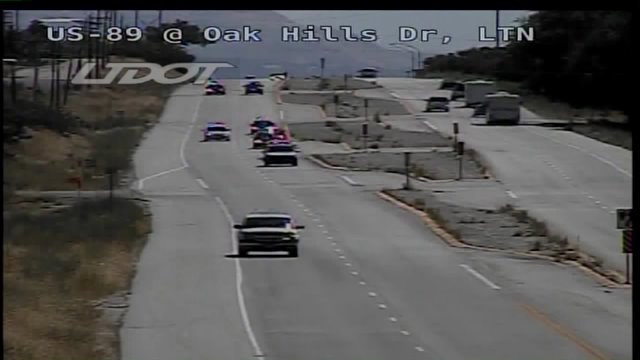 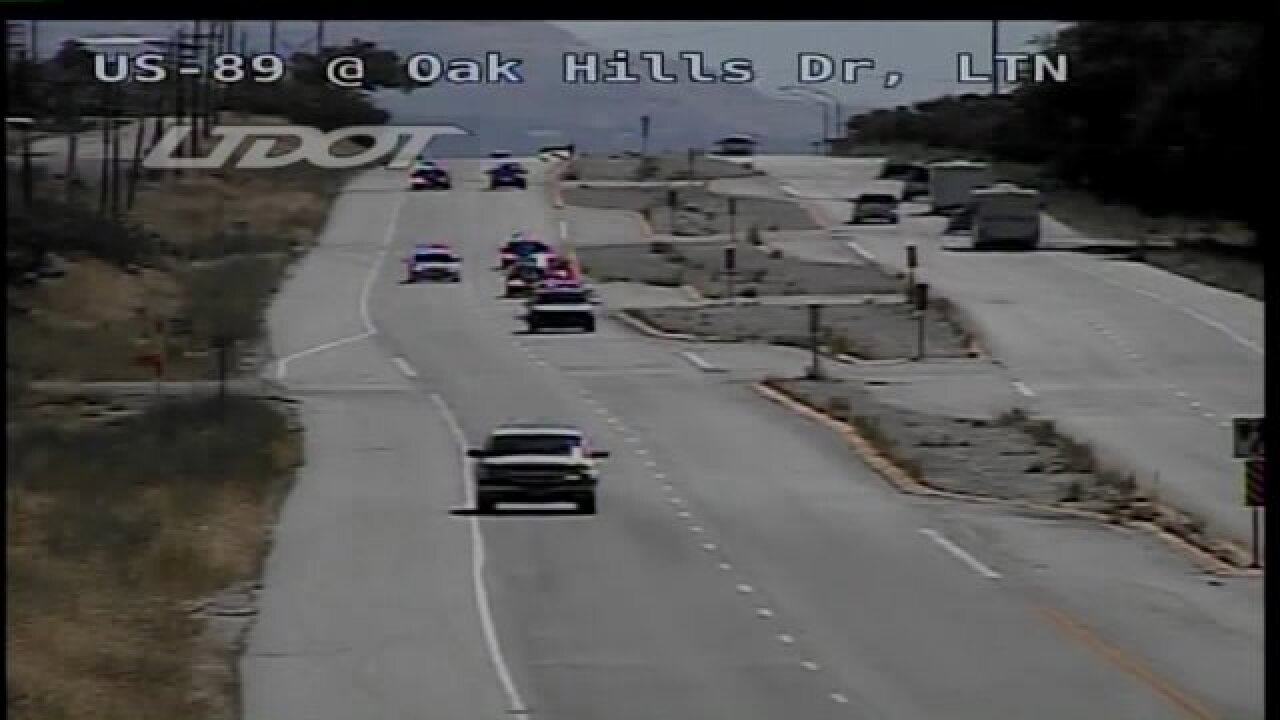 The suspect, 42-year-old Jeffrey Nelson, was originally reported to police by his own girlfriend.

She said he was so supposed to be driving their two children home but he was so drunk he dropped them off on the side of the road in Layton and left them.

When police arrived at the man’s Bountiful home, the suspect fled the scene, hitting a police car in the process.

“Our officer saw him and attempted to initiate a traffic stop, the individual pulled his vehicle to the side of the road, when the officer turned on his overhead lights he put the vehicle in reverse and rammed the officer,” said Sgt. Andrew Bryson of the Bountiful Police Department.

Nelson was caught on UHP cameras around 3 p.m., driving his Dodge Caravan, leading a string of Bountiful police cars along U.S. 89 North.

“Davis County Sheriff’s attempted to throw spikes at Nickles Road and Highway 89; at that time, the suspect actually stopped in the middle of the roadway, put it in reverse and hit another police car and a civilian vehicle,” Bryson said of the chase.

The pursuit continued with speeds reaching 90 mph before the suspect got off the highway in Centerville, and ended up going down a dirt road right toward the Weber River where two men were fishing.

“A Centerville officer, Officer Jackson from Centerville police, saw what was about to happen and cut off the suspect’s vehicle and was struck, his vehicle was disabled at that point,” Bryson said.

However, the minivan was still intact and Nelson kept driving.

“The suspect was able to continue east on that dirt road, where he rammed into a metal gate--ultimately disabling his vehicle,” Bryson said.

Nelson was arrested by Bountiful Police and Davis County Sheriff’s Office deputies. He is facing a number of charges, including two counts of aggravated assault, four counts of leaving the scene of an accident, felony evading and DUI.

According to police, Nelson’s blood alcohol level was .246, three times the legal limit.

“Officers on scene said that he smelled pretty strongly of alcohol and alcohol appears to be a factor in this,” Bryson said.