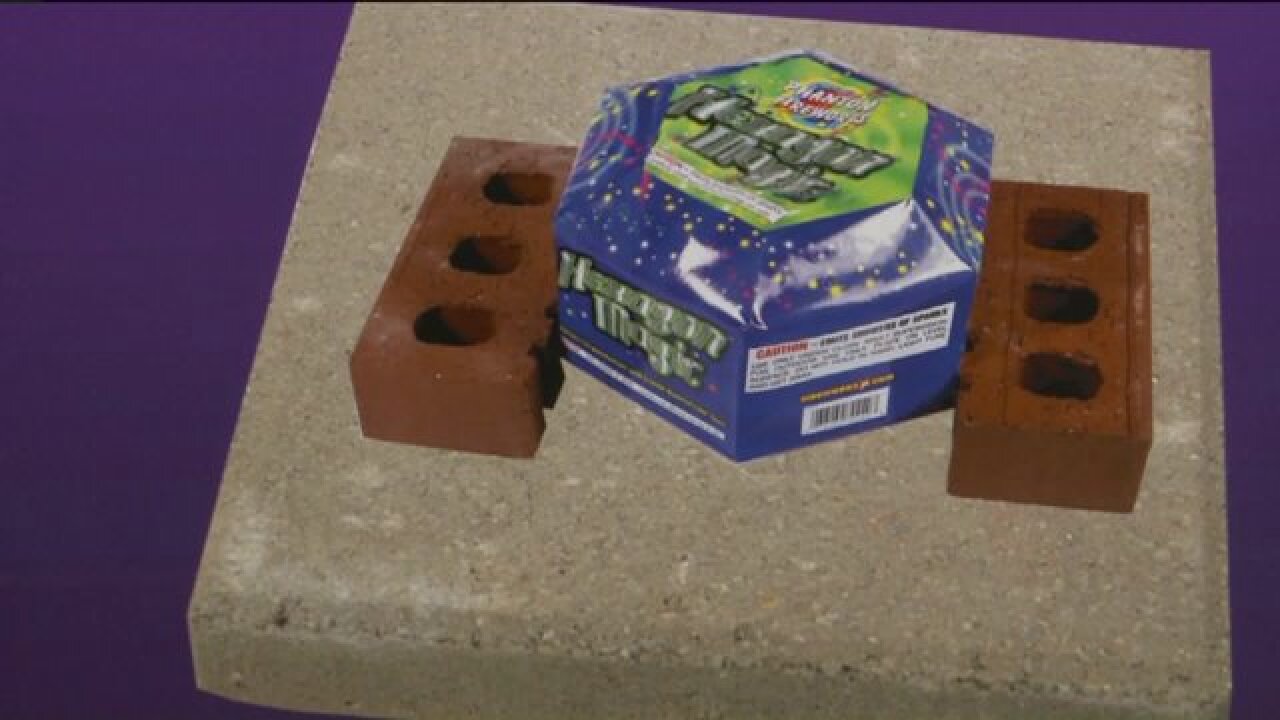 SALT LAKE CITY – Wednesday is the first day of the summer holiday season Utahns can legally begin setting off fireworks, and the professionals want to make sure folks are following proper safety procedures.

With some help from the Salt Lake City Fire Department, a firework technician gave FOX 13 News a demonstration.

“We want to make sure everybody is safe,” said Joee Witter, who is a representative for Phantom Fireworks.

Witter met FOX13 at the Salt Lake City Fire Department training facility, and with fire fighters looking on he demonstrated how to light fireworks properly.

Witter said when lighting aerials, it's important to brace them with bricks.

“You’ve got to brace the aerial on the front and the back of the aerial, so if it does tip over--it’ll tip away from your audience,” Witter said.

Set fireworks off outside on a dry, flat surface. And keep a garden hose or bucket of water on hand. Spent fireworks should be thoroughly doused before they are disposed of, and the person in charge of handling fireworks should make sure the display proceeds one firework at a time.

Witter said kids shouldn't ignite fireworks because they could get hurt, and local firefighters said even sparklers can pose a hazard.

“Sparklers are looked at as a safe firework to hand your kids, but that’s a lot of heat on the end and kids will run around, sometimes try to have sword fights,” said Jasen Asay of the Salt Lake City Fire Department.

Asay also said people should make preparations for their pets, who can become frightened by fireworks.

“A lot of time when they get frightened, their first instinct is to flee and so you want to make sure your dog is secure,” Asay said.

Take note, you can be cited for using illegal fireworks such as fire crackers, cherry bombs, and single or reloadable mortars.

Also keep in mind when and where to light them off, as each city has its own restrictions. Click here for details on fireworks restrictions by area.