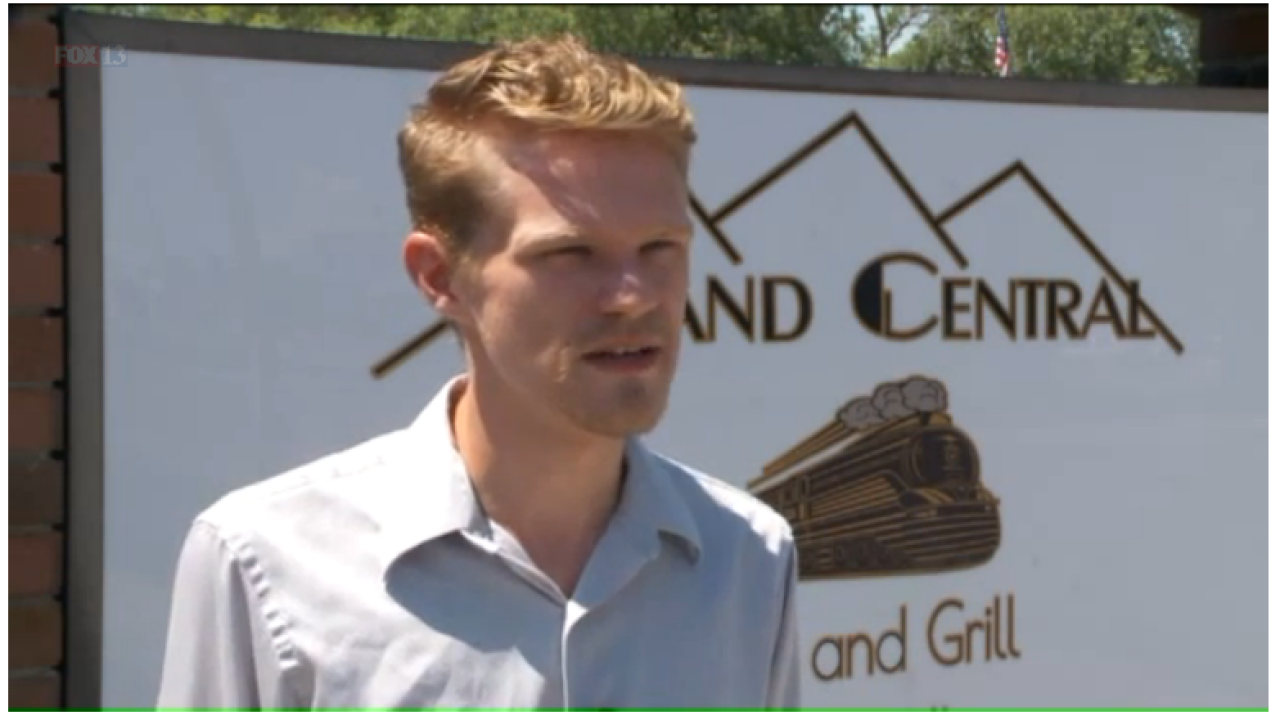 SALT LAKE CITY -- A vicious anti-gay hate crime in the small central Utah town of Delta where a 21-year-old man claimed he was attacked and had words carved into his arms was actually "a cry for help," his lawyer told FOX 13.

Rick Jones requested that the Millard County Sheriff's Office investigation into the alleged hate crime be terminated, Brett Tolman said in an interview Monday. He acknowledged committing the acts on himself.

"Our client has acknowledged that these incidents really were a cry for help. He's acknowledged that he's responsible for them," Tolman told FOX 13. "Which is why we've asked for the termination of the investigation, which is why he's wanted to quickly return money raised on his behalf. I think it's a strong indication there are issues that need to be dealt with."

Rick Jones and his family requested privacy, his attorney said.

The crime horrified the tiny town of Delta and the state at large, when Jones claimed he had his home and business vandalized, and was attacked by two men who tried to force him to drink bleach and carved the anti-gay expletives "Die F--" into his arms.

People from around the nation rallied around Jones and his family, sending money and driving to Delta to show their support.

"He's a troubled young man that has gone through a lot in his life," Tolman said. "He's a 21-year-old gay man living in Delta, Utah. In a very conservative community, in a conservative family, who love him very much but may have some issues to work through."

Tolman said it may have started as a cry for help to his family, but it garnered more attention than Jones, his family or the community of Delta wanted.

Jones could potentially face criminal charges. Reached by FOX 13 on Monday, Millard County Attorney Pat Finlinson said it was unknown if criminal charges would be filed.

"Based on Rick’s admissions to having essentially staged these crimes himself, we are terminating the investigation," he told FOX 13.  "We are working with his lawyers to determine the next steps."

The Jones family has already returned thousands of dollars raised for him. Tolman said it was his hope that those who feel any sense of betrayal would rally around the Jones family in a difficult time. He is getting treatment, Tolman said.

In an interview with FOX 13 on June 12, Rick Jones shows the remains of anti-gay slurs carved into his arms.

"This case should be more about how the state of Utah and its officials really came to a quick decision to help and that compassion was on display here," he said, adding that everyone from the governor to Delta residents and even the investigators and the Millard County Sheriff wanted to help.

While many in Utah's gay community said they were disheartened and stunned by Monday's revelations, some still offered help.

"I would hope that Rick and his family know that there is a community in this state that love and support him and want him to be well," said Troy Williams, the executive director of the LGBT rights group Equality Utah.

Williams, who traveled to Delta and met with Jones and his family, said more needs to be done to help lesbian, gay, bisexual and transgender youth in rural parts of Utah.

"There are no resources for LGBT kids living in rural parts of our state," Williams said. "So where would he go?"

Terry Gillman, who raised money for the Jones family after the initial crime was reported, said in an email to FOX 13 he was saddened Jones took such extreme measures to get help.

"Years ago I had previously worked with gay youth at risk. When someone sounds the cry for help we all need to answer the call," he said. "I am proud of the support this community showed and I’m extremely proud of the people who helped put the event in Delta together so quickly.  I see no reason to shame or further subject this wonderful family to further persecution.  I would hope and pray they grow from this experience together."

The Utah Gay & Lesbian Chamber of Commerce, which offered a $5,000 reward for information leading to the perpetrators of the alleged hate crime, said in a statement Monday they were thankful to the Millard County Sheriff's Office for "the judicious and fair way in which the investigation was conducted."

In a statement to FOX 13, Utah Lt. Governor Spencer Cox, who was vocal in his support of Rick Jones, said he now wanted to ensure the young man got help.

"I am both relieved and saddened by the news today. The original allegations were incredibly troubling, and not representative of the love and compassion the people of Utah exhibit daily. I am proud of the overwhelmingly positive response and support from Delta and every corner of our state," Cox wrote. "Today our only concern is that a young man and his family receive the love and help necessary to find the peace and healing they seek."