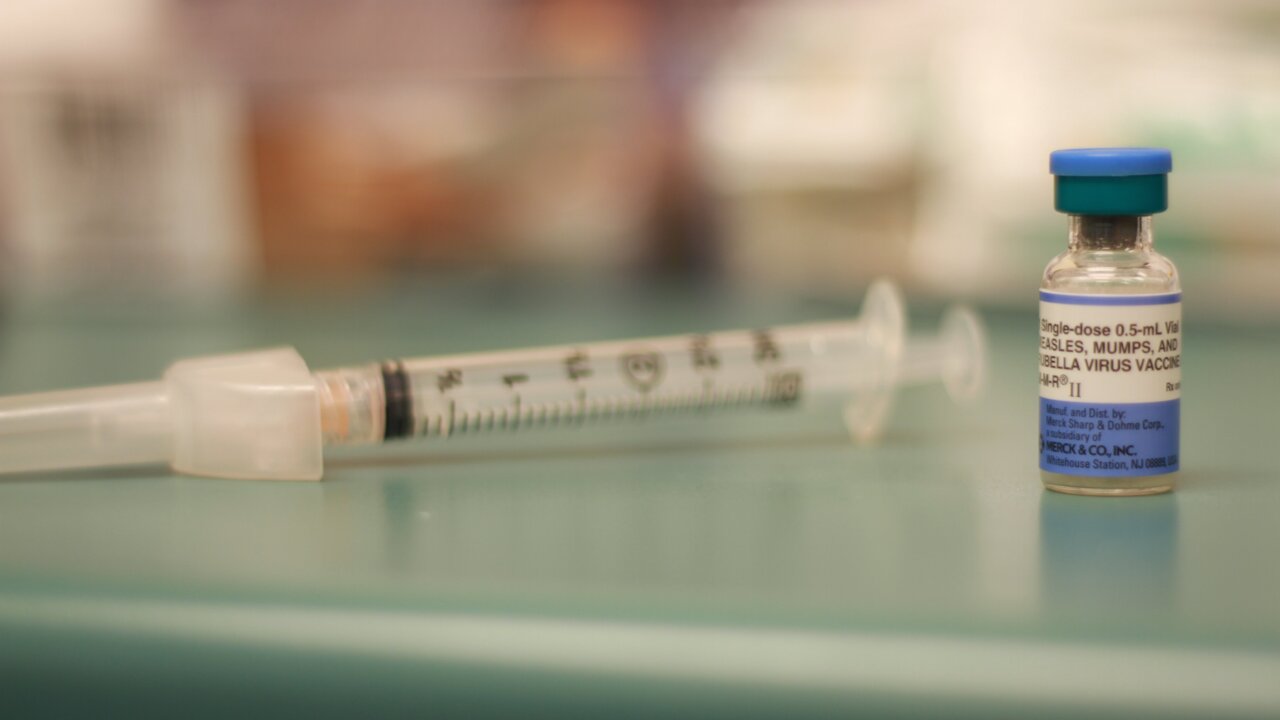 A close-up photograph of an MMR (measles, mumps and rubella) vaccine vial with a syringe in background.

“The science is clear that vaccines dramatically protect children against a number of infectious and dangerous diseases,” Brown said in a letter to the state Senate.

The controversial proposal, arising partly from concerns over this year’s measles outbreak linked to Disneyland, would allow medical exemptions deemed

“Years of anti-science, anti-vaccine misinformation have taken its toll on immunization rates to the point that the public is now endanger. Children, pregnant women, seniors and people with cancer, organ transplants and other conditions are counting on us to make sure science prevails.” ~Richard Pan, California senator

appropriate by the State Department of Public Health, according to a legislative summary.

Opponents include Californians for Vaccine Choice, whose website asserts the law, Senate Bill 277, “would eliminate a parent’s right to exempt their children from one, some, or all vaccines, a risk-laden medical procedure.”

“If SB 277 is approved by the Assembly and Governor Brown signs it, California parents will be forced to give their children more than 40 doses of 10 federally recommended vaccines or homeschool unless they can find a doctor to write a medical exemption that doctors deny to 99.99 percent of children under federal guidelines,” the group said.

California Sen. Richard Pan, a pediatrician who co-introduced the proposal, said the measure would close a “vaccine exemption loophole” and has received broad bipartisan support, including from schools.

“Years of anti-science, anti-vaccine misinformation have taken its toll on immunization rates to the point that the public is now endanger,” Pan said in a statement this month. “Children, pregnant women, seniors and people with cancer, organ transplants and other conditions are counting on us to make sure science prevails.”

Under the proposal, if a parent chooses to not vaccinate their child, the parent would have to home-school their child, participate in a multifamily private home-school or use public school independent study that’s administered by local education agencies, according to Pan and co-sponsor Sen. Ben Allen, former board president of the Santa Monica-Malibu Unified School District.

The two legislators, both Democrats, said that under the proposal, California would join 32 other states that don’t allow parents to opt out of vaccination requirements using a personal belief exemption.

The bill grew out of a parental movement concerned about what they called “the high numbers of unvaccinated people in the state,” according to the advocacy group Vaccine California.

“Growing disease outbreaks like the measles outbreak that began in Disneyland are putting more people at risk,” the group’s website said.

From January until May 29, 173 people in 21 states and the District of Columbia developed measles, and 117 of those cases were linked to Disneyland in Orange County, California, according to the Centers for Disease Control and Prevention.

“The current rate of vaccination in too many of California’s schools is below the level needed for ‘herd immunity’ — the critical percentage needed to prevent small outbreaks from spreading and become epidemics,” Vaccine California’s website said.