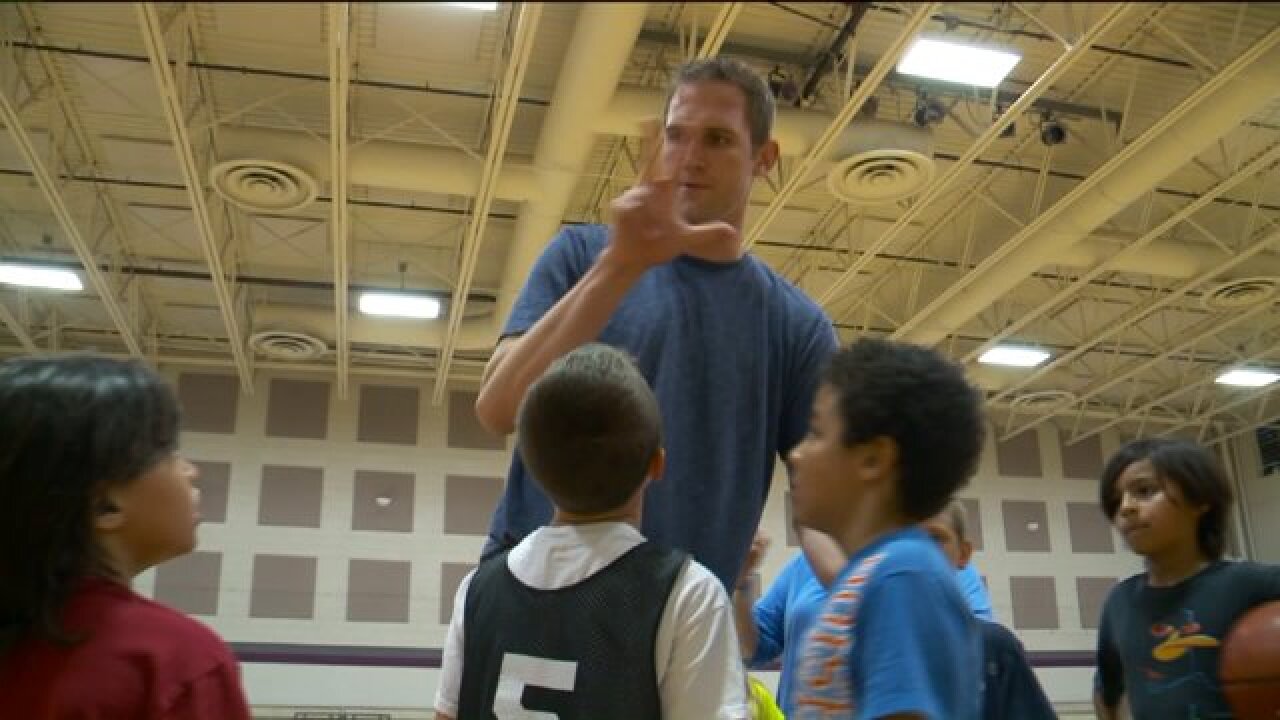 Allred spoke to FOX 13 News about what he’s doing to reconnect with his Utah roots.

“There’s sometimes a disconnect, and I know people are afraid to communicate with each other--those who speak sign and those who don’t--and so I’m definitely trying to bridge the gap and get the people to come together,” he said.

Allred grew up in Salt Lake and played center for the University of Utah from 2000 to 2002. Six years later, he became the first legally deaf player in the NBA when he signed with the Cleveland Cavaliers.

Allred said the clinic is an opportunity to teach kids how to rise above the challenge of hearing loss.

“First I tell them, ‘No one’s going to give you anything in life. You have to go out there and you have to take it for yourself,’” Allred said.

Allred said there are other lessons he aims to teach as well.

“I want these kids to know with the bullying aspect, instead of us trying to combat bullying, or turn kids in or punish them for bullying, I teach them what I taught myself to do when I was a teenager, and that is I learned to have compassion for the kids that were bullying me.”

Staff at the Sanderson Community Center of the Deaf and Hard of Hearing say Allred's clinic is a rare opportunity for the kids.

Allred said he hopes to be the role model that he never had while growing up. Joene Nicolaisen, Program Director at the Sanderson Center, said it was a great experience.

“We’re very proud to have an NBA player come and help our basketball camp, but what’s better with that, because of his hearing loss, because he’s hard of hearing, he’s a great role model for our kids to look up to,” she said.

“Basketball is just a metaphor for life and is always about, you know, we’re going to make mistakes,” he said. “Basketball’s a game of mistakes, it’s who has the confidence and the gumption to keep pushing through?”