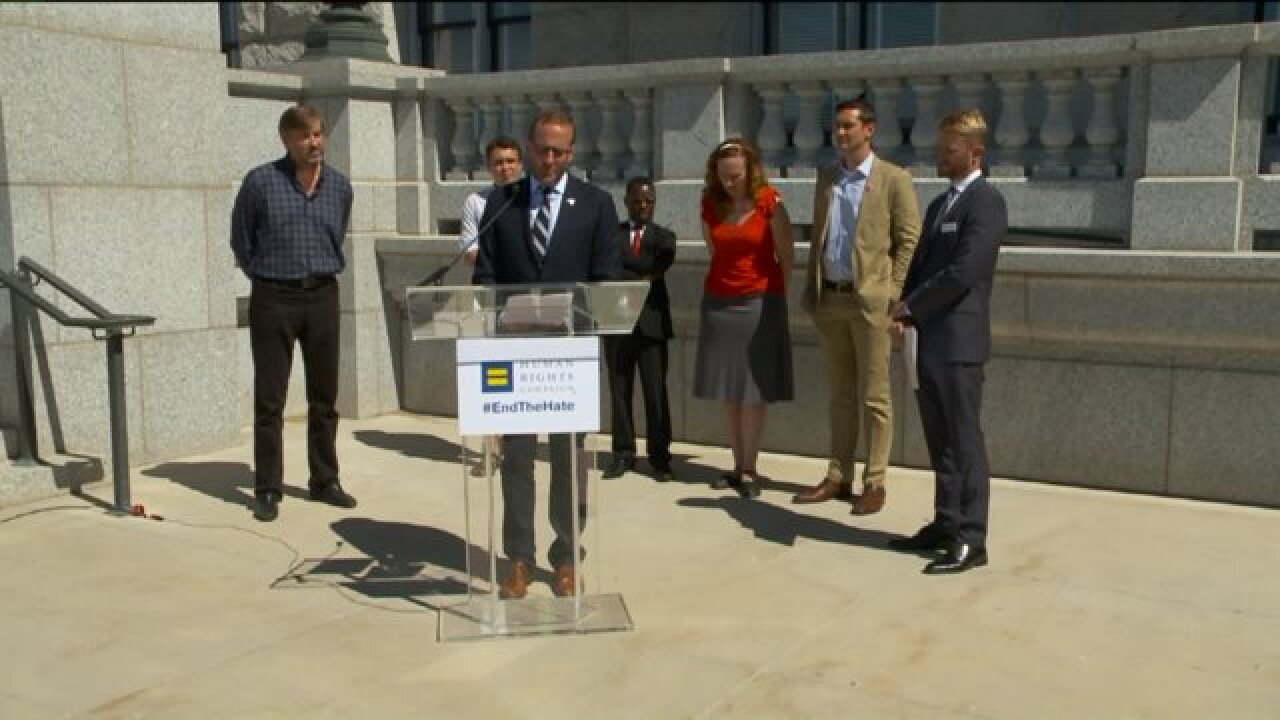 Those steps to equality continued outside the Utah State Capitol Saturday. The Human Rights Campaign, the country's largest LGBT civil rights organization, and the Salt Lake City Inclusive Families Coalition agreed to team up for a joint conference in Salt Lake City in October.

“I wanted a conference where my family could go and not be told the box that they need to be fitted into, but be honored and appreciated for the beautiful space we created for our tribe," said Mary Stanley of the Inclusive Families Coalition.

This Inclusive Families Conference will take place just days before the World Congress of Families International Convention, which is also in Salt Lake City. The WCF believes marriage should be between a man and a woman, which is a position the groups at Saturday's announcement disagree with.

“So many families are torn apart under the stress and strain of trying to live up to somebody else's ideal," Stanley said.

Dmitry Chizhevsky is a Russian LGBT activist. He was attacked and shot in the eye with an air gun in his home country for simply speaking out. He said in many countries, being gay is considered a crime.

“Today more than 5 percent of Russian people say that gay people should be killed or sentenced to death; that means there is a personal killer for every gay person in Russia," Chizhevsky said.

He said the World Congress of Families helps to fuel this hatred in foreign countries.

“WCF may hide behind their positive rhetoric, but the damage they have done to my country, to my community, and to me cannot be hidden," Chizhevsky said.

Griffin added: “We will continue to expose, to debunk, and to shine a light on those who fund, promote, support and advocate for such hate and harm."

Local Utah LGBT leaders says Friday's Supreme Court ruling was important, but so much more needs to be done on a global scale.

The World Congress of Families released this statement.

"We have existed for 25 years, meeting in world-class cities around the world drawing people who come from a variety of faiths and professions, but sharing our appreciation for and celebrating the natural family that has been the foundation of civilizations for millennia.”