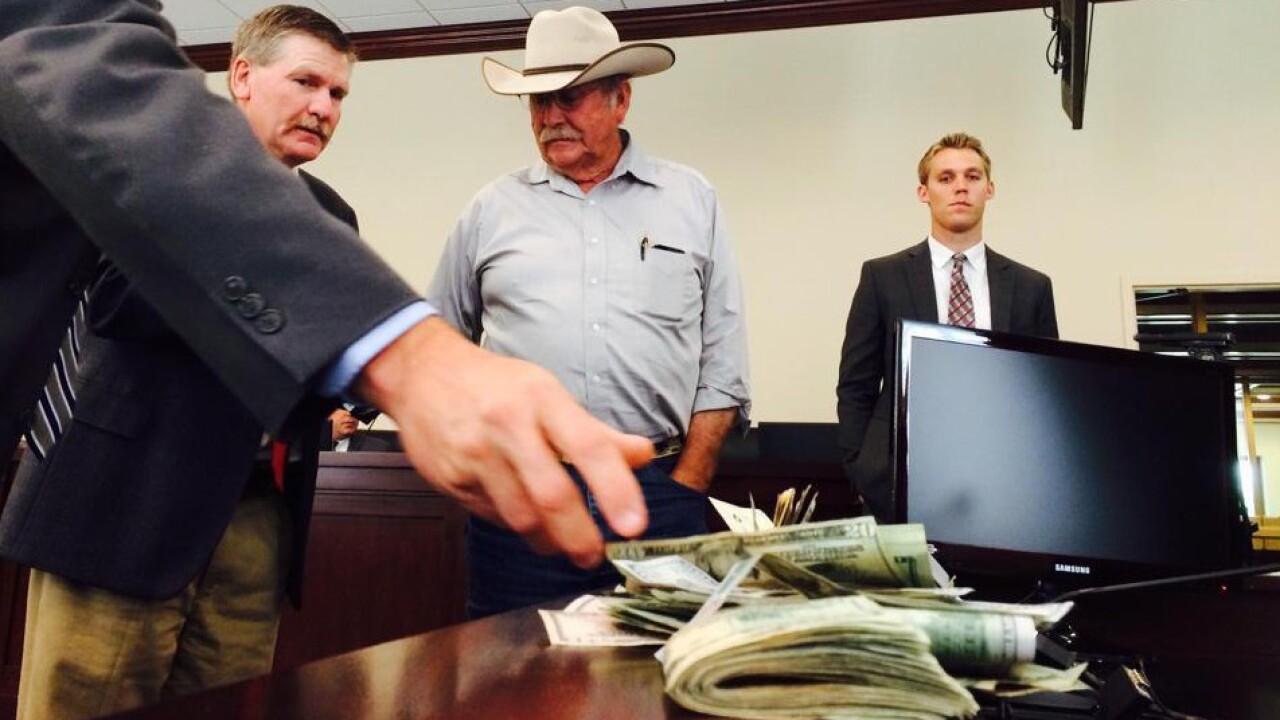 At a meeting of the state's Constitutional Defense Council on Wednesday, the Utah Association of Counties withdrew its request for $100,000 to help pay for a potential appeal of Lyman's conviction for his role in last year's protest ride in San Juan County. However, a number of rural Utah politicians stood up and pledged their personal support -- throwing thousands of dollars down on a table.

"He put himself on the line and he'll go to prison for his cause," said Garfield County Commissioner Leland Pollock, who pledged $1,000 of his own money for Lyman's defense.

Lyman and Monte Wells were convicted in May for their role in organizing a protest ATV ride in Recapture Canyon, where access had been closed by the Bureau of Land Management. Lyman is scheduled to be sentenced next month. Rep. Mike Noel, R-Kanab, was critical of the federal judge who handled the case, claiming he refused to allow in evidence about the access to the roads in Recapture Canyon.

"The charges should have never been brought to Mr. Lyman or the four other people that went down that road," Rep. Noel told the council.

One by one, rural county commissioners threw money down on the table. By the end of a public comment period, it was estimated that more than $5,500 was raised. Governor Gary Herbert has pledged $10,000 of his own funds, Lt. Governor Spencer Cox said.

Money is put on a table in support of San Juan Co. Commissioner Phil Lyman.

But taxpayers will not have to pay. After a closed-door meeting with the Utah Association of Counties, the request for state funds was withdrawn. Lt. Governor Spencer Cox told FOX 13 afterward that legal counsel advised them there was no precedence for such a request, which could trigger legal counsel. Also, the situation of the state paying for Lyman's appeal raised conflicts with attorneys.

"There are legitimate issues surrounding road closures and those are the things we should be looking at," Cox said. "Those get lost the minute we're using taxpayer dollars for this."

But state lawmakers vowed to press forward with the larger issue over road access -- and said Lyman's case was prosecutorial overreach.

"Yes, it is true there has been a case that's been brought, it's been tried by a jury but that doesn't mean that there's guilty here," said Rep. Keven Stratton, R-Orem. "But there's concern about the transition from civil actions turning to criminal and the motivations behind that."

"I am not interested in sitting here today and second-guessing a jury who heard this case. That's not my role," he told the council. "We are overstepping our ground when we want to stand here and bluster and bluff about how terrible and wrong the judge and the jury were in this case."

Lyman himself told FOX 13 he was unsure if he would appeal his conviction to the 10th U.S. Circuit Court of Appeals in Denver.

"I don't have a plan to appeal. I'm talking to attorneys to find out what the options are," he said, adding he did not expect that taxpayers should pay for it.

Instead, Lyman said he wanted to see a challenge to the issue of federal road closures in Utah.