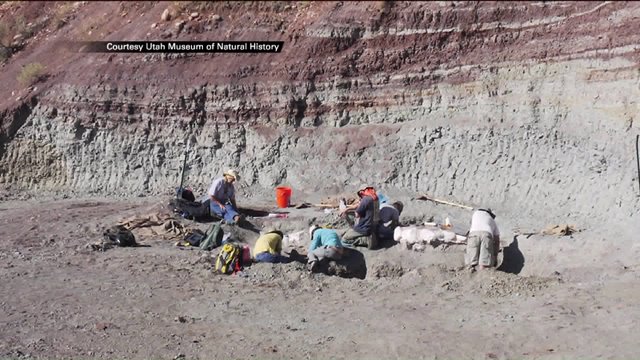 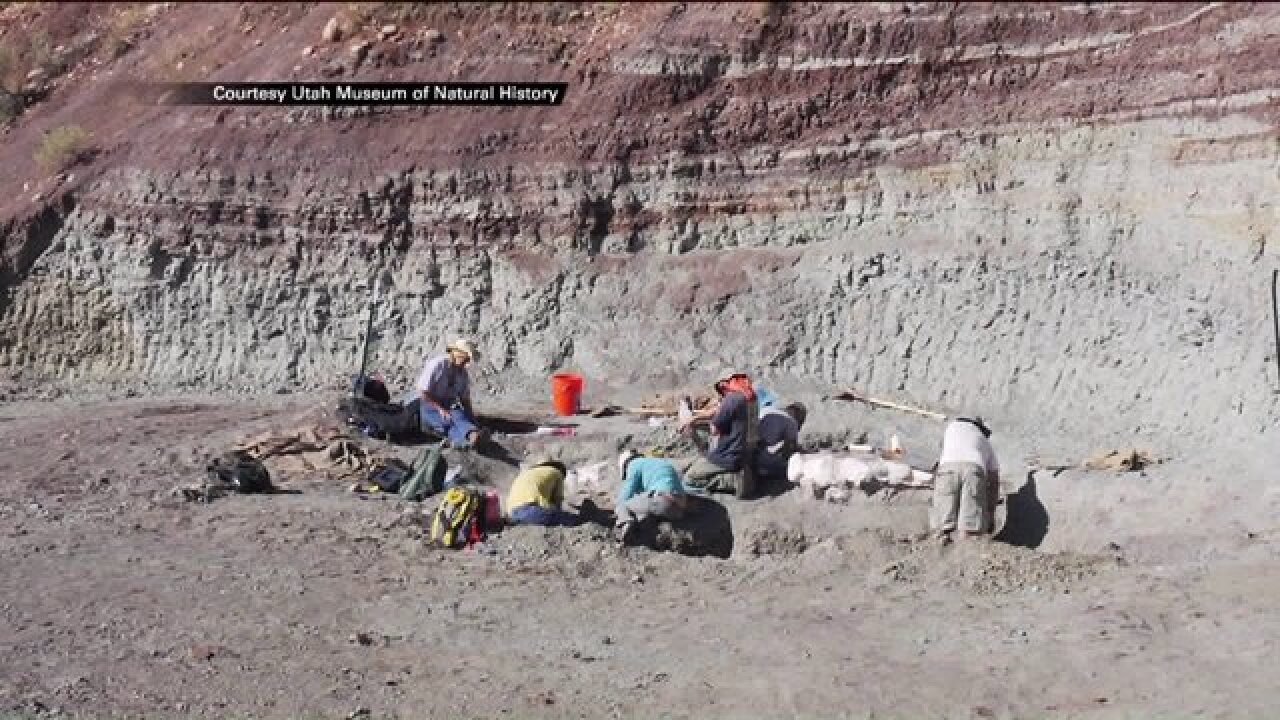 SALT LAKE CITY -- Utah is one of the best places to find and study dinosaur fossils. In fact, dinosaur fossils are so abundant here it had many scientists wondering, "Why Utah?"

Randall Irmis, curator of paleontology for the Natural History Museum of Utah, is part of the team of researchers who believe they have figured out a big mystery surrounding dinosaurs from the late Triassic period.

“This is a skull: So you can see the eye here, and it's just being extracted from the rock,” Irmis said as he worked.

Irmis spoke about the conditions prehistoric animals appeared to prefer.

“Dinosaurs, at least for the first 30 million years of their existence, they avoided the tropics except for a few small carnivorous forms,” he said.

So, the big question the team was asking was: Why the dinosaurs avoided the tropics near the equator when most reptiles thrive in hot climates?

After studying fossils and piecing together details on what the climate would have been like hundreds of millions of years ago, they think they've figured it out.

“What we discovered was that the climate was not only hot and dry, but really unpredictable,” Irmis said. “There were wild swings from really dry to more humid and in temperature, and it was also a time of very high carbon dioxide levels in the atmosphere."

It was those high carbon dioxide levels that caused extreme droughts and intense heat to occasionally surge through the prehistoric tropics--making life unbearable and unpredictable for plant-dependent dinosaurs.

“Although there are other reptiles in the low latitudes in the tropics, the large plant eating dinosaurs totally avoided that area,” Irmis said.

Irmis hopes these new findings will help them continue to expand their knowledge on the world dinosaurs lived in, saying Utah is a great area to continue research--as it was a climate dinosaurs liked hundreds of millions of years ago, making it the perfect place to study them now.

“Utah is the place to go when you want to study dinosaurs and their world, because, not only does it have the fossils and the right type of rocks, but those rocks are really well exposed, they're not covered in vegetation,” Irmis said. “Rocks of similar age are actually exposed within the city limits of New York City, but they're just covered over by buildings and trees, so it's harder to study them."