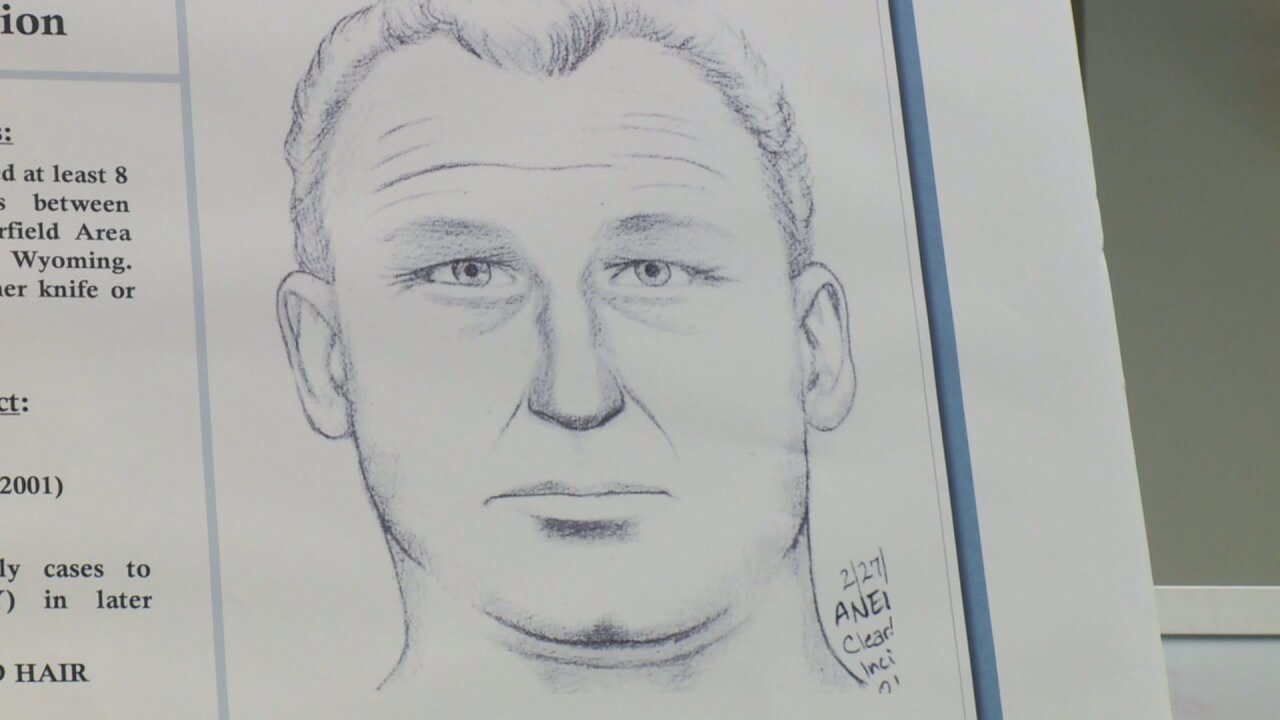 CLEARFIELD, Utah - Officials said tips and leads continue to pour in about nearly a dozen rape cold cases after releasing a sketch of the suspect Monday.

The director of Utah's Rape Recovery Center, Holly Mullen, said this highlights the importance of testing as many rape kits as possible.

Since Clearfield detectives spoke to the public Monday, they have received more than 140 calls and tips about their unknown rape suspect.

Officials said the suspect is linked through DNA to at least 11 rapes in northern Utah and southern Wyoming between 1991 and 2001.

Based on some of the police calls, authorities said they may be able to add two more cases to that list but they first have to confirm them with DNA testing.

The tips have also led police to a handful of men they said they would like to interview and get a DNA sample.

Detectives said they hope to reach two of the men on the list they would like to speak with in the next 24 hours.

Officials said the Caucasian suspect with light hair may be in his 50s and is just under six feet tall.

If you have any information or may be a victim in this case, Clearfield officials would like to speak with you at (801) 525-2806.