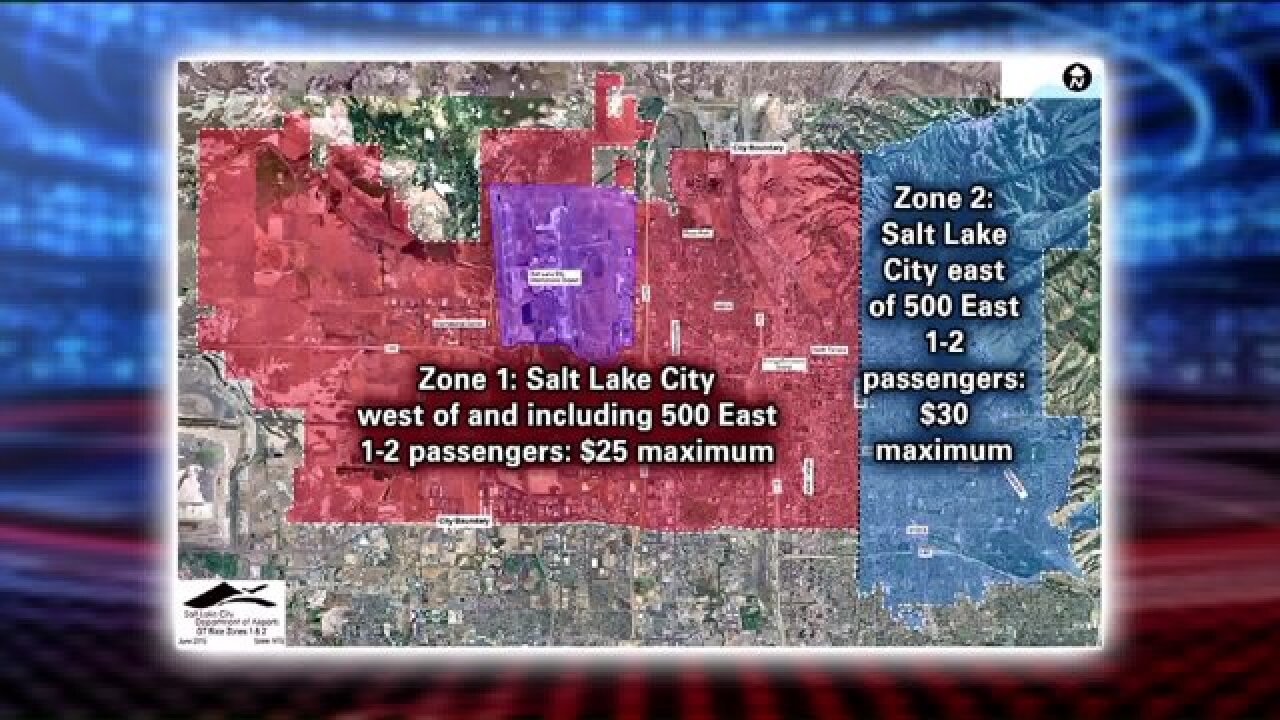 SALT LAKE CITY -- Reports of price gouging by cab drivers prompted the Salt Lake City International Airport to intervene, and, starting Monday, cab drivers will have limits on how much they can charge people going to certain areas within Salt Lake City boundaries.

“The fares themselves were not regulated, so this is sort of new territory for us,” said Bianca Shreeve, a spokeswoman for the airport.

The airport had received customer complaints that some drivers were charging exorbitant fees for a ride to downtown or elsewhere in the city.

Under the new rules, cab fares from the airport to somewhere within Salt Lake City will be determined by two zones. Zone 1 is everything west of, and including, 500 East, where the maximum price you can be charged will be $25 for 1 to 2 passengers. Zone 2 is everything east of 500 East, where the maximum price will be $30 for 1 to 2 passengers. There will be a $5 maximum for each additional passenger.

“We want to let people know we heard them," Shreeve said. "We’ve taken the situation seriously, and we’re taking steps to make things better. They know exactly what to expect when they get into a ground transportation cab or other provider.”

Cab drivers who spoke with FOX 13 News Wednesday seemed either unaware or unconcerned about the changes.

“For us, it’s better. That way we have flat rate for everybody, and it’s fair for them and for us,” driver Elisa Gallegos said.

The changes will not affect ride-share companies, such as Uber and Lyft. The two are currently not permitted to pick up passengers at the airport.

However, if they were to do so in the future, they would still not have to follow the fare rules because they are regulated by the state.

“We hope that it just establishes some fairness, standardization,” Shreeve said.