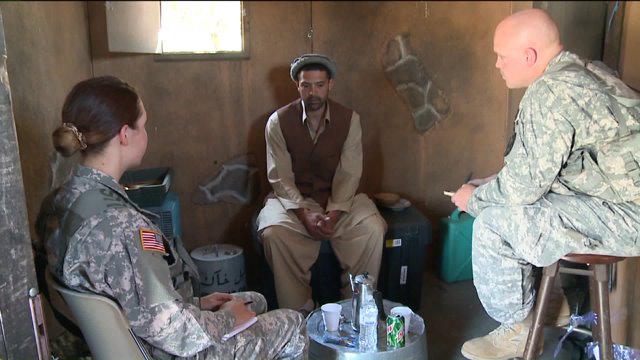 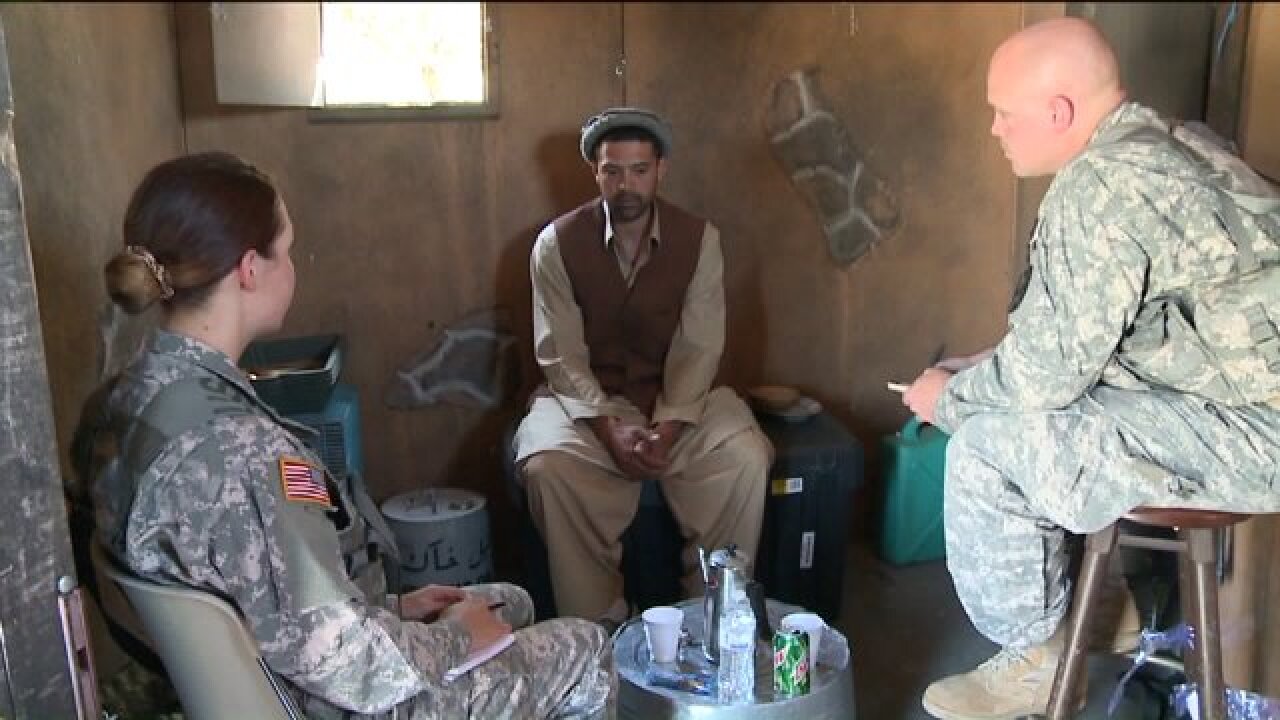 BLUFFDALE, Utah – U.S. National Guard troops from across the nation are stationed in Bluffdale, getting training on what they could experience one day in Afghanistan.

“It’s one of the largest exercises like this in the entire military, where you have all facets of military intelligence coming together and working together to give that picture of the battle field to the commander,” said Russell Warr, Battalion Commander with the Utah National Guard.

The two-week course is designed to be realistic and challenging. Simulations include a mock Afghanistan village, real-life intelligence-gathering base and other simulated missions.

Troops act out scenarios for their fellow soldiers and are taught how to interview potential enemies, build relationships of trust with Afghan citizens and gather intelligence.

“Especially in the National Guard, we don’t always have the time to practice this stuff with our normal, everyday careers, so this is a good chance to implement the things that we keep in the back of our mind,” said Ashleigh, a soldier with the U.S. National Guard.

“Also get to kind of witness soldiers making mistakes, reminds me of mistakes I’ve made and it kind of reinforces in my mind, you know, what to do, what not to do,” said Aaron, another soldier with the U.S. National Guard.

Military leaders say the training is hosted in Utah because of Utah’s similar landscape to Afghanistan’s desert terrain.

“It’s kind of uncanny a little bit, the Camp Williams range,” Warr said. “As we get soldiers to come into this training, they’ll look at it and say, ‘boy, this is really life-like and real.’”

Military leaders say the exercises play a critical role in the success of their troops abroad.

“We’re hoping that the soldiers get more comfortable with their mission and their job responsibilities when they are deployed to a more hostile environment,” said Ryan, a soldier with the U.S. National Guard.

Once they complete their training at Camp Williams, guardsmen from outside the state will return to their posts, but better prepared to handle military conflict.