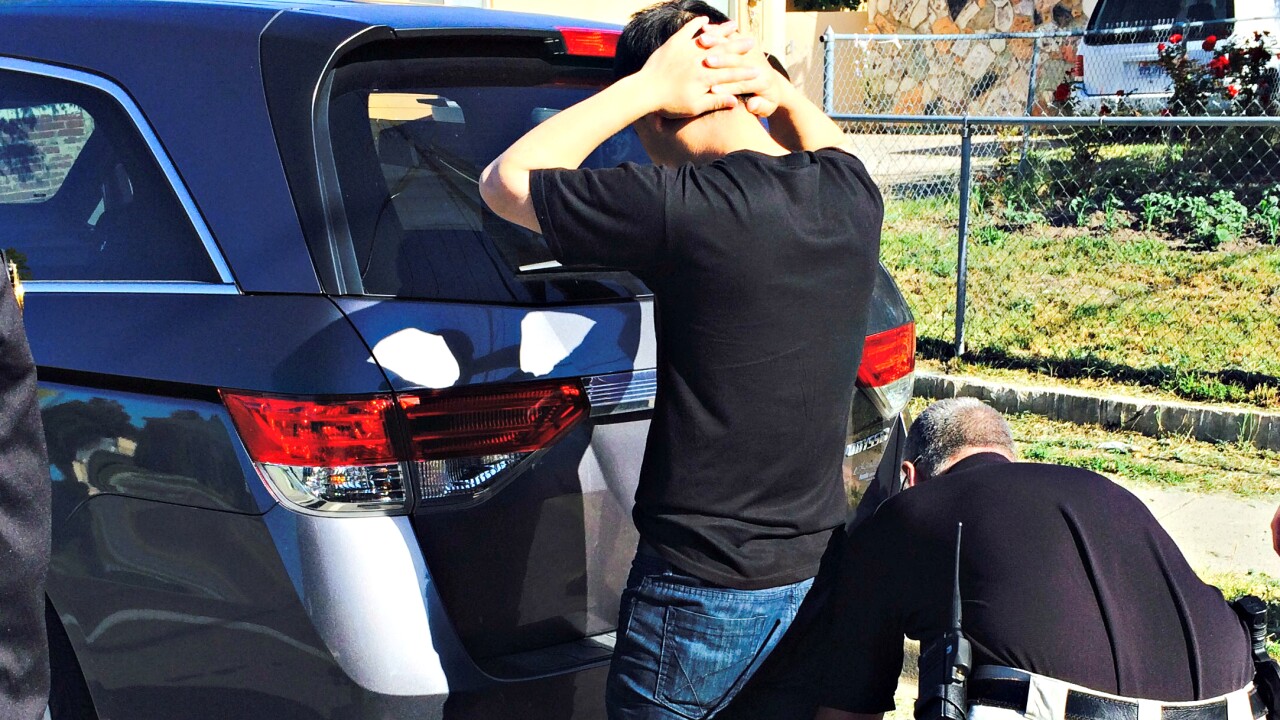 A man accused of running several massage parlors tied to human trafficking is taken into custody in Salt Lake City.

"We believe it's a criminal enterprise," said Leo Lucey, the Utah Attorney General's Chief of Investigations.

Authorities believe the women who work in the parlors are being forced into the sex trade, working to pay off debts after being brought into the United States. Police brought a Chinese translator with them as the women who were questioned spoke little English.

In an interview with FOX 13 on Tuesday, Utah Attorney General Sean Reyes called it "modern-day slavery."

"It is absolutely slavery," Reyes said. "It is horrible. It's horrific and perhaps the most concerning thing about it is people don't realize it's going on in our state."

Reyes has made human trafficking a priority of his administration, cracking down on crimes targeting immigrants and vulnerable populations. He recently traveled to Columbia to participate in a child sex trafficking bust. Reyes said people are smuggled into Utah where they are forced to work in illicit trades -- sometimes unaware that they are victims of crimes or unable to get help.

Tuesday's raids were the culmination of an operation under way for at least a year. The man police allege was operating the businesses from Ogden to West Jordan was arrested in a traffic stop in Salt Lake City. The Utah Attorney General's Office said felony charges are pending.

A man accused of running several massage parlors tied to human trafficking is taken into custody in Salt Lake City.

At apartments the women were living in, police said they recovered tens of thousands of dollars in cash. The SECURE Strike Force, a coalition of police agencies from all over Utah, has said the money is often laundered back to criminal organizations overseas.

Customers were in several of the parlors when they were raided. Lucey said some of them were given citations for misdemeanor solicitation of a prostitute. Two men brushed past a FOX 13 camera as they left a parlor near 1300 South and State Street, jumping into their cars and speeding off.

A woman is questioned inside a massage parlor raided by the Utah Attorney General's SECURE Strike Force. (Faces blurred to protect officers and alleged crime victims.)

At one parlor, a group of women were ushered out the front door into a waiting car. Lucey said at least initially, the women would be treated as crime victims, and provided resources to help them get out of the sex trade. Immigrations and Customs Enforcement is a part of SECURE -- and would help assess their status within the country.

"These victims are going to get a chance to get the resources they need, go home -- if home is a safe environment -- get counseling because it's going to take years for them to heal from the horror they've been living for who knows how long," Reyes told FOX 13.

Police raid a massage parlor in Salt Lake City on Tuesday. The parlor is accused of being involved in prostitution and human trafficking.