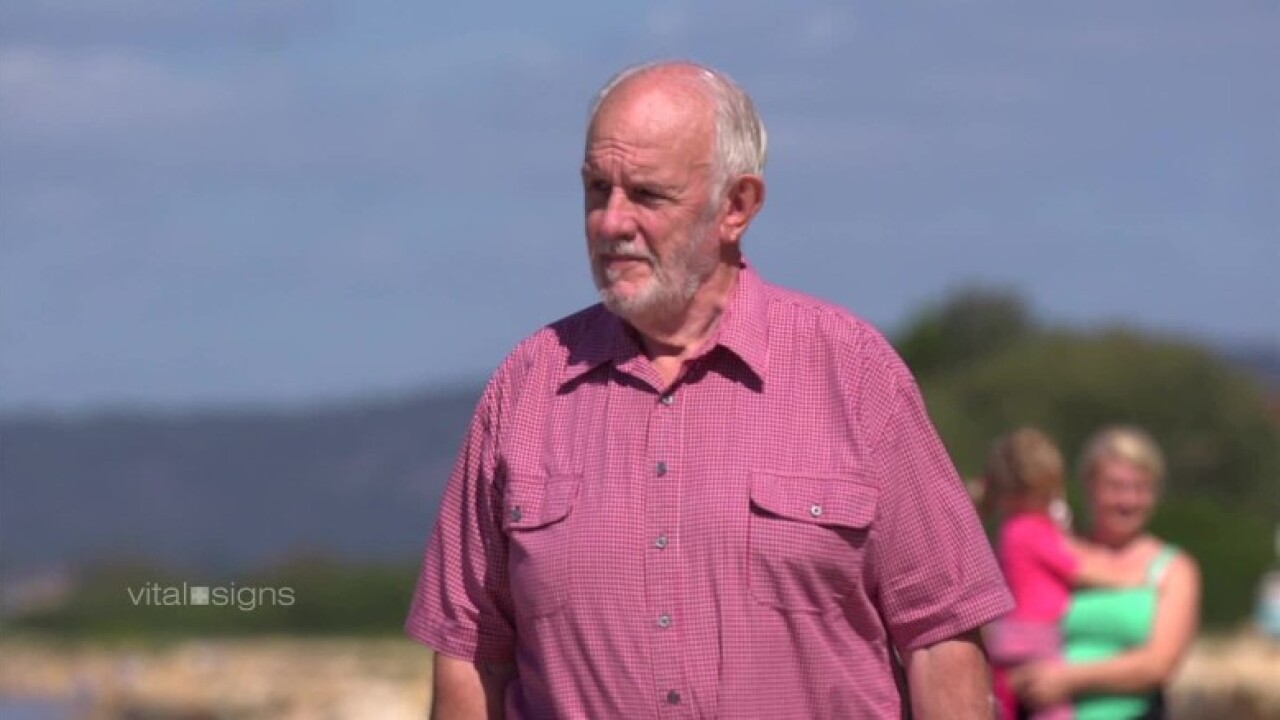 On the surface, James Harrison is just an average guy. He loves his daughter and grandchildren, collects stamps, and goes for walks near his home on Australia’s central coast. But it’s what’s under the surface that makes him extraordinary — specifically, what’s flowing in his veins.

Known as “The Man with the Golden Arm,” nearly every week for the past 60 years he has donated blood plasma from his right arm. The reasons can be traced back to a serious medical procedure he underwent as a child.

“When I came out of the operation, or a couple days after, my father was explaining what had happened. He said I had (received) 13 units (liters) of blood and my life had been saved by unknown people. He was a donor himself, so I said when I’m old enough, I’ll become a blood donor.”

James Harrison, known as “The Man with the Golden Arm,” has donated blood plasma from his right arm nearly every week for the past 60 years. Soon after Harrison became a donor, doctors called him in. His blood, they said, could be the answer to a deadly problem. Harrison was discovered to have an unusual antibody in his blood and in the 1960s he worked with doctors to use the antibodies to develop an injection called Anti-D. It prevents women with rhesus-negative blood from developing RhD antibodies during pregnancy.

Soon after Harrison became a donor, doctors called him in. His blood, they said, could be the answer to a deadly problem.

“In Australia, up until about 1967, there were literally thousands of babies dying each year, doctors didn’t know why, and it was awful,” explains Jemma Falkenmire, of the Australian Red Cross Blood Service. “Women were having numerous miscarriages and babies were being born with brain damage.”

It was the result of rhesus disease — a condition where a pregnant woman’s blood actually starts attacking her unborn baby’s blood cells. In the worst cases it can result in brain damage, or death, for the babies.

Harrison was discovered to have an unusual antibody in his blood and in the 1960s he worked with doctors to use the antibodies to develop an injection called Anti-D. It prevents women with rhesus-negative blood from developing RhD antibodies during pregnancy.

“Australia was one of the first countries to discover a blood donor with this antibody, so it was quite revolutionary at the time,” says Falkenmire.

Harrison’s blood is precious. He and Anti-D are credited with saving the lives of more than 2 million babies, according to the Australian Red Cross blood service: That’s 2 million lives saved by one man’s blood.

“Every bag of blood is precious, but James’ blood is particularly extraordinary,” says Falkenmire. “His blood is actually used to make a life-saving medication, given to moms whose blood is at risk of attacking their unborn babies. Every batch of Anti-D that has ever been made in Australia has come from James’ blood.

“And more than 17% of women in Australia are at risk, so James has helped save a lot of lives.”

One of those lives is that of baby Samuel, who is just five weeks old. His mother, Kristy Pastor, first received the Anti-D injection during her second pregnancy. With Harrison’s antibodies in her blood, little Samuel is her fourth happy and healthy baby.

“They just said you needed the vaccine,” she said. “I didn’t think about it any further, and then looking into it a bit more, I found out about James and how amazing he is and how many donations he’s made, and that it was all because of him.

“I’m grateful and I think James is really selfless to continue to donate, so that we can keep having this vaccine.”

Doctors still aren’t exactly sure why Harrison has this rare blood type but they think it might be from the transfusions he received when he was 14, after his lung surgery. He’s one of no more than 50 people in Australia known to have the antibodies, according the Australian Red Cross blood service.

“I think James is irreplaceable for us,” says Falkenmire.

“I don’t think anyone will be able to do what he’s done, but certainly we do need people to step into his shoes,” she adds. “He will have to retire in the next couple years, and I guess for us the hope is there will be people who will donate, who will also … have this antibody and become life savers in the same way he has, and all we can do is hope there will be people out there generous enough to do it, and selflessly in the way he’s done.”

Harrison is considered a national hero, and has won numerous awards. He’s now donated his plasma more than 1,000 times, but no matter how many times he’s given blood there’s one thing that will never change: “Never once have I watched the needle go in my arm,” he says.

“I look at the ceiling or the nurses, maybe talk to them a bit, but never once have I watched the needle go in my arm. I can’t stand the sight of blood, and I can’t stand pain.”

By Samantha Bresnahan for CNN