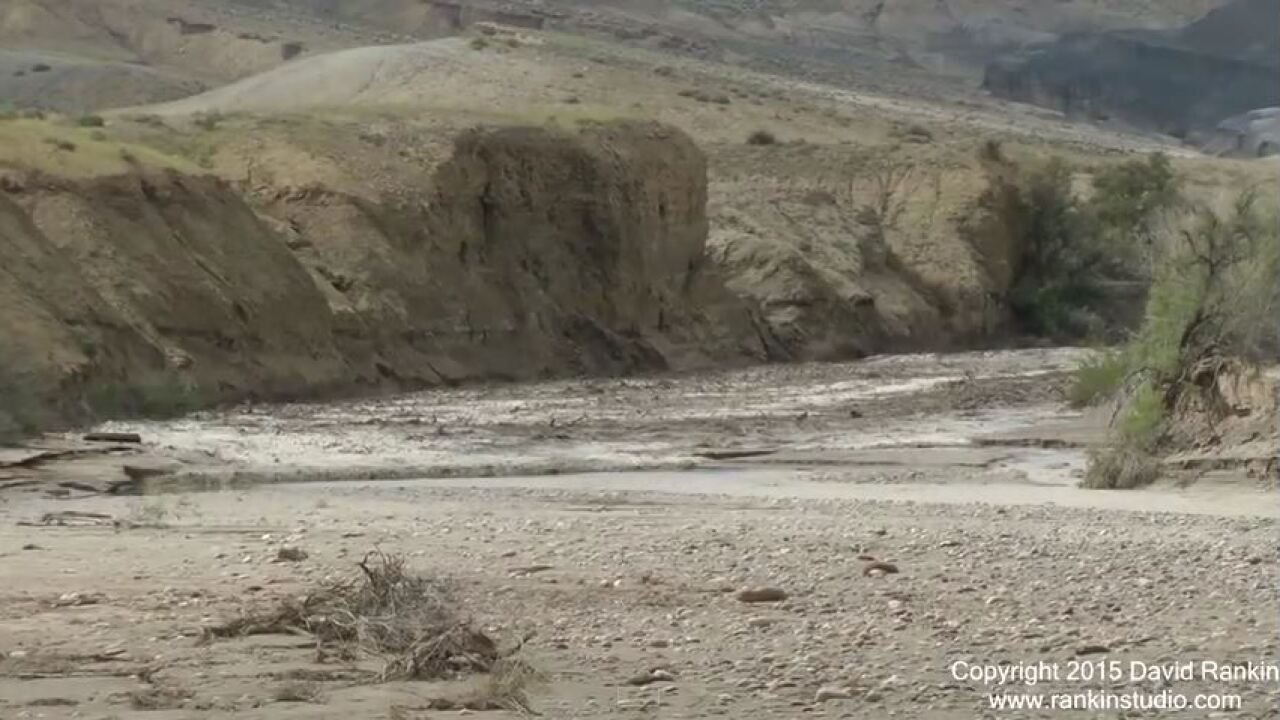 FOX 13 News has featured several videos of flash floods and other weather phenomenon from David Rankin over the years, but he says his latest video represents the pay off from two years of planning and waiting. The footage was shot Saturday north of Lake Powell, near Big Water, Utah.

See the video above for aerial drone footage from a recent flash flood. The video begins with some weather data and other images, and the footage from the flood begins at about 45 seconds into the video.