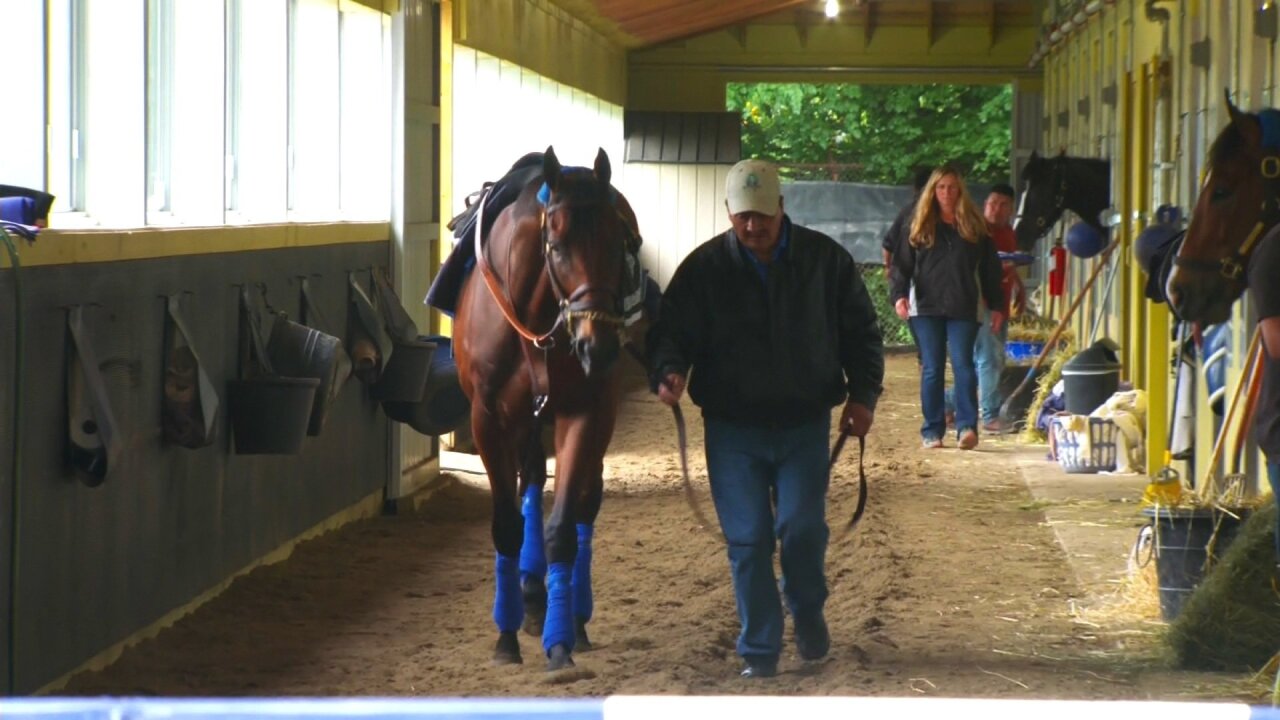 American Pharoah heads to his paddock at Belmont Park on Thursday, June 4, 2015. American Pharoah is up for horse racing’s coveted Triple Crown, an honor that hasn’t been bestowed on a racehorse in 37 years. Credit: CNN

He is the first Triple Crown winner since 1978, when Affirmed won the Kentucky Derby, Preakness Stakes and Belmont Stakes.

American Pharoah was the only horse in the race who had run both the Kentucky Derby and the Preakness. But he showed early he didn’t have tired legs.

Trainer Bob Baffert and jockey Victor Espinoza each won their first Triple Crown with American Pharoah after multiple prior attempts.

Until Saturday, 13 horses since 1979 had won at Churchill Downs and Pimlico but failed to triumph at Belmont.