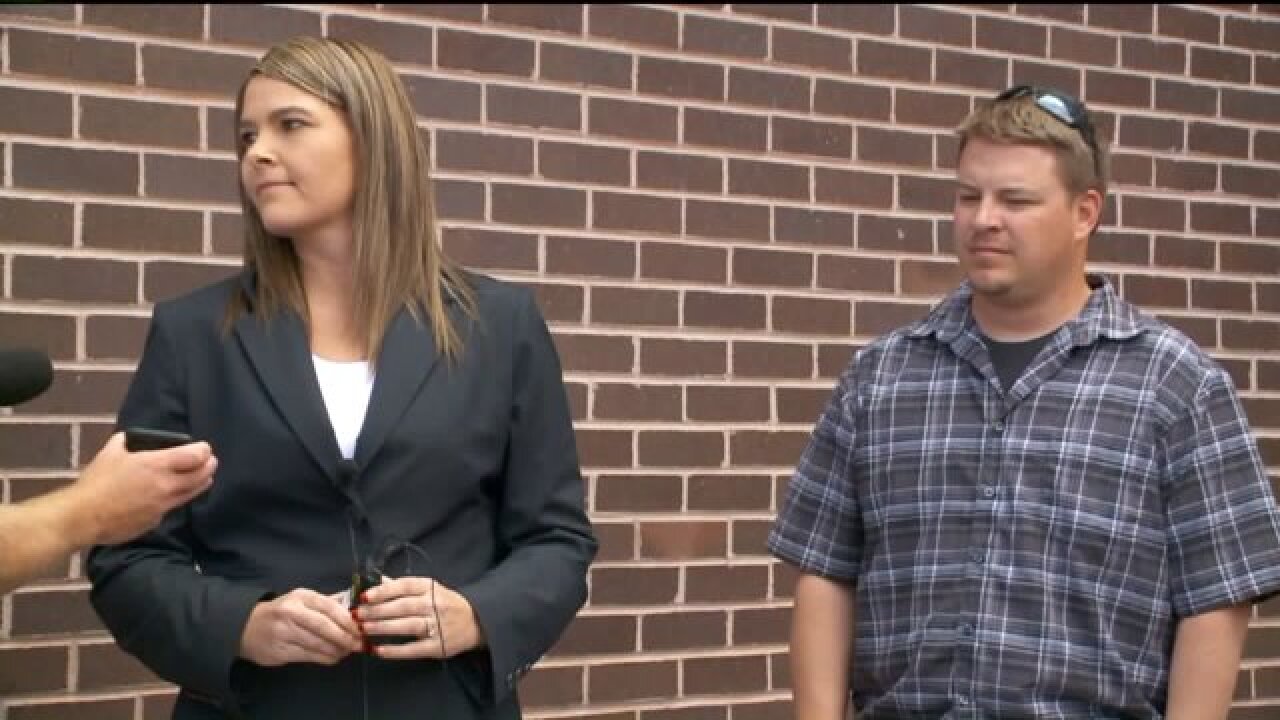 WEST VALLEY CITY -- A police officer involved in the shooting of Danielle Willard and fired over mishandling of evidence may soon get his job back, his lawyer told FOX 13.

Attorneys for West Valley City filed a motion in a justice court on Wednesday, asking a judge to rule in favor of Shaun Cowley during an employee discipline hearing. In the filing, the city acknowledged it cannot provide some papers to Cowley's attorneys so it sought to drop the case.

Cowley felt vindicated by the decision. His lawyer called him a "scapegoat" and accused the West Valley City Police Department of trying to avoid allegations of corruption by pinning it on him.

"It’ll be nice to be able to make the decision where my career goes from here and not West Valley," Cowley told FOX 13's Ben Winslow in a brief interview on Wednesday.

Cowley's attorney, Lindsay Jarvis, said the decision meant he would likely be reinstated to the West Valley City police force, which fired him amid a scandal that embroiled the department. Cowley was involved in the 2012 shooting of 21-year-old Danielle Willard at an apartment complex. Salt Lake County prosecutors ruled the shooting unjustified and leveled criminal charges against him, but a judge tossed the manslaughter case.

Cowley had insisted he shot Willard in self-defense because he feared she was going to run him over. The judge ruled, based on prosecution witnesses, he had a reasonable belief that his life was in danger.

He was fired by West Valley City police in September 2013 over accusations of mishandling evidence as part of the department's troubled neighborhood narcotics unit. Since then, Cowley has been fighting to be reinstated.

"They allege Shaun had violated policies and procedures to which do not exist. We’ve argued this for two years and it took until last Friday for them to come forward and admit that they did in fact not have the policies and procedures in place," Jarvis told reporters outside West Valley City Justice Court, where a judge had signed the order.

In a statement, West Valley City said "some key pieces of evidence have been excluded by the hearing officer."

"As a result of these developments, the city is no longer able to move forward with the case as it stands.  The city still believes that it was reasonable and appropriate to terminate Mr. Cowley. We are now exploring our options as to what the next steps are in this process," the city said.

The city could settle with Cowley instead of reinstating him. Settlement talks had been attempted before, Jarvis said, but she termed them "insulting." She claimed Cowley was owed nearly $200,000 in back pay and benefits, but West Valley City police believe he is only owed $104,000 in back pay.

A hearing is scheduled Monday to deal with that issue.

"There are a lot of emotional issues at play here. You've got a police department who is now pointing fingers as to who withheld the evidence. You've got a city manager who's probably nervous about his job. You've got a public who's now concerned about Officer Cowley who they have ripped apart, who's now a police officer again," Jarvis said. "There's a lot of upset people in this city, so coming up with a global settlement hasn't been effective at this point."

Asked if he would want to go back to work for the West Valley City Police Department, Cowley paused and said: "We'll see."