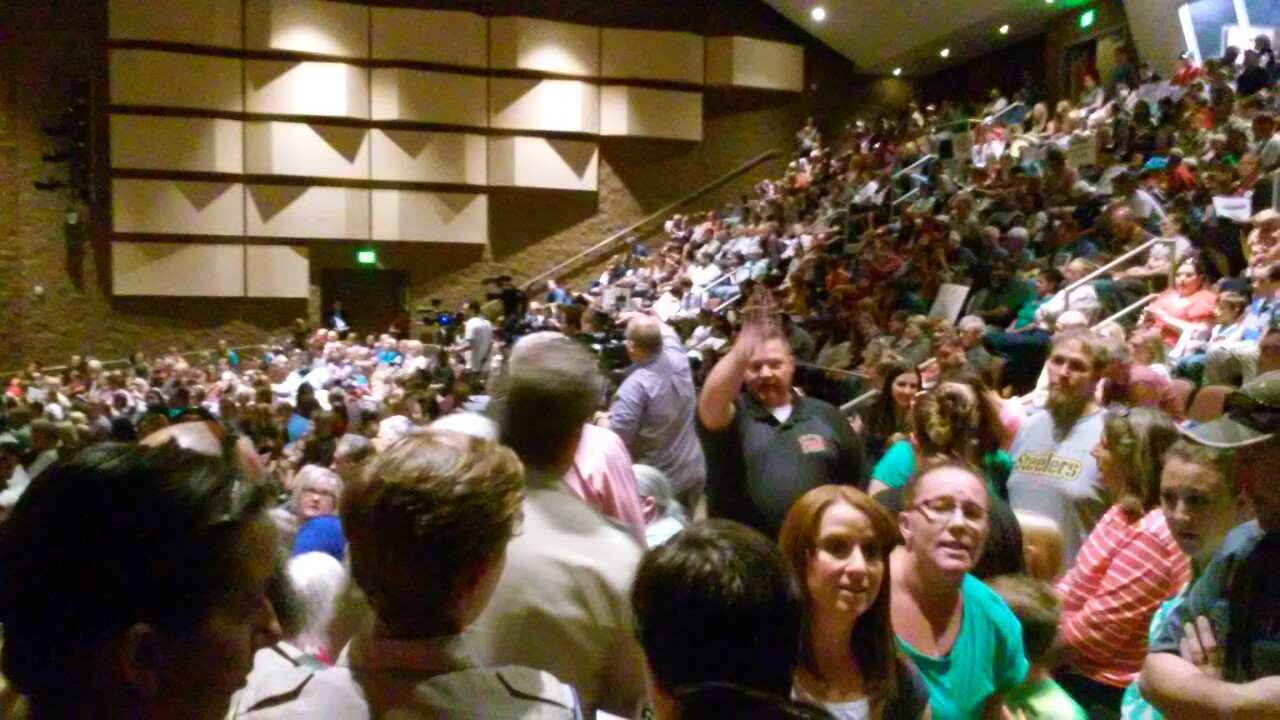 EAGLE MOUNTAIN, Utah -- The auditorium at an Eagle Mountain middle school was filled to capacity for the final open house of a prison relocation meeting Tuesday night.

The fire marshal turned people away from the auditorium at Frontier Middle School during the question and answer session. Those in attendance made it known they didn’t want a prison in their community.

“I wish that I could sit up here and we could talk about all these things one-on-one in front of everybody, but the truth be told, that’s been completely absent,” said Eagle Mountain Mayor Chris Pengra.

Pengra set the tone for Tuesday night’s question and answer session with the Prison Relocation Commission.

There are two sites under consideration in Utah County. One is a short drive from  Frontier Middle School and the other is near the town of Fairfield.

Two other sites under consideration are in Salt Lake City and Grantsville.

The Commission says they made the list for potential sites short because of their proximity for employees and volunteers.

“We have about 1,200 volunteers that we depend on, on a regular basis, which per capita, is the largest volunteers used in any correctional facility in the country,” said Rollin Cook with Utah Department of Corrections.

Earlier, a roadside rally welcomed residents to the meeting. The rally was in opposition to the prison.

“We moved to Eagle Mountain because it is a safe community. There are young families here, it feels safe for my kids to walk home from school,” said Eagle Mountain resident Rebecca Howe.

Howe believes Salt Lake City would be a better place for the prison.

“Put it out by the airport where there are no schools, no families, no economic structure to ruin,” Howe said.

Pengra said Draper ought to be reconsidered as a potential location.

“I will do whatever is necessary to communicate to the governor that this does not make sense. The cost is so much greater to move it out here, than it would be, from my perspective, to build it in place,” the mayor said.

There are no more scheduled open houses. There will, however be a public comment session on June 16 at the Utah State Capitol.

A recommendation on a location for the new prison could come as early as August but perhaps not until the fall.