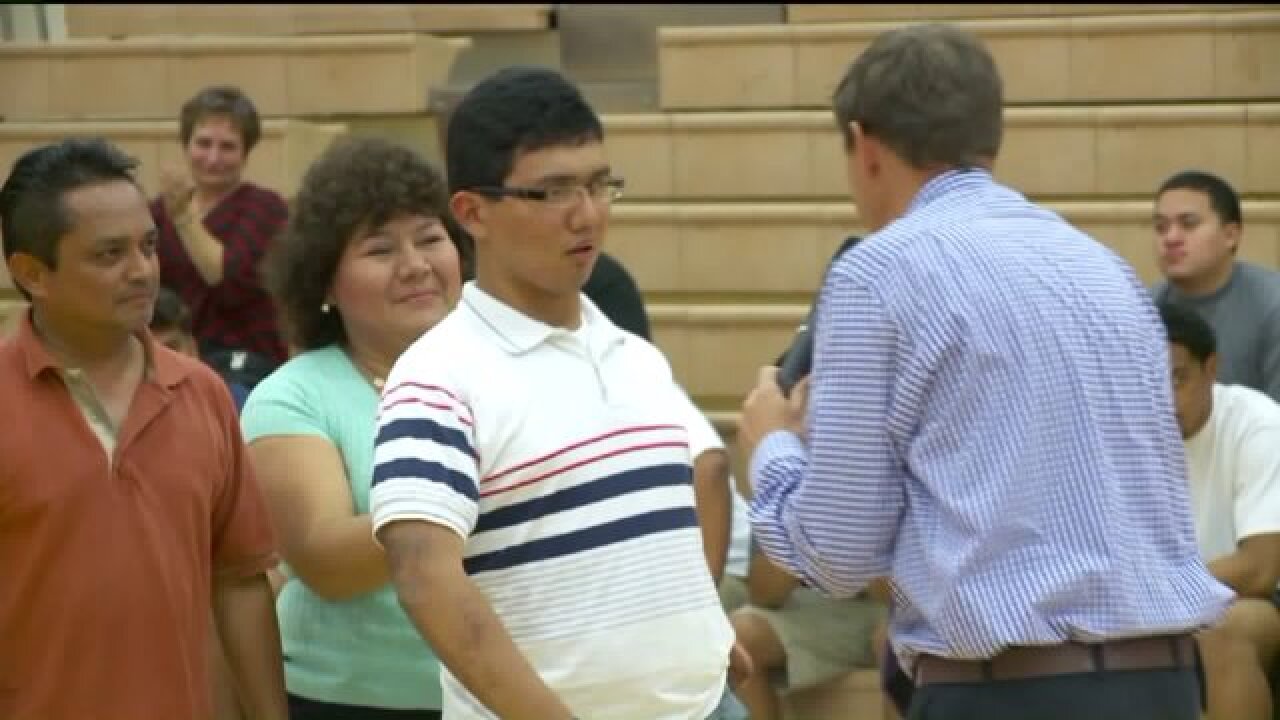 WEST VALLEY CITY, Utah -- It's been more than two years since Walter Peralta, 17, was hit and nearly killed by a car while walking to school.

Monday, a week before his high school graduation, the Peralta family celebrated his recovery.

"Our heart is very strong. We are positive," said Walter's mother, Carolina Peralta.

The accident left Walter with a traumatic head injury, which initially left him with minimal cognitive and physical abilities. Since then, he has undergone extensive surgeries and therapy, which has led to progress no one ever expected to see.

"He says, 'Mom, the car doesn't stop the power of God. I will be better. I will be the best,'" Paralta said.

Walter's recovery caught the attention of everyone in the Granite School District, which honored him for his achievements in and outside of the classroom.

"We have 90 schools in Granite School District. We have 68,000 kids, and Walter is our most incredible kid," said district spokesman Ben Horsley.

Before the student body at Hunter High School, Walter was given the 'Most Incredible Kid' award. He received a laptop and $1,000 academic scholarship, which his family is confident he will use one day.

Walter's family expects to learn more about his condition in the next couple months when he is taken off his medication. They are hopeful about the future, regardless of what it brings.