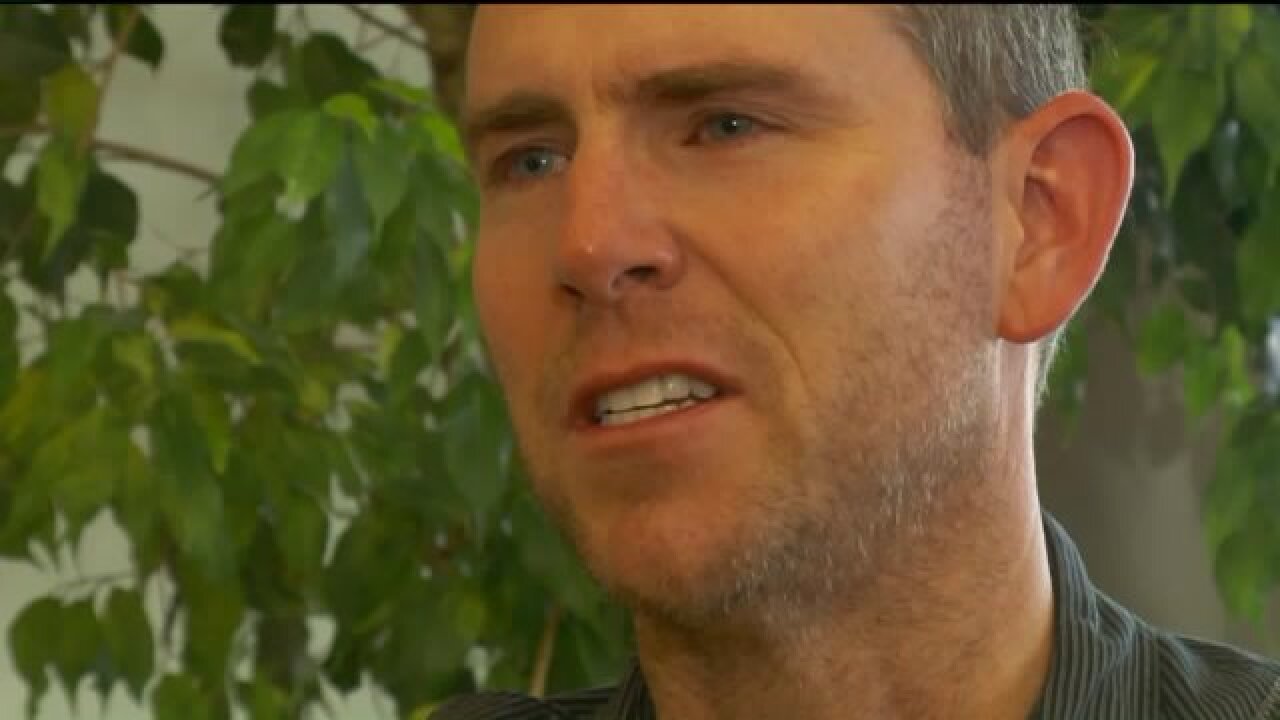 HIGHLAND, Utah -- A 16-year-old girl involved in a car accident that also injured her mother earlier this week has died, and Friday the teen’s father spoke with FOX 13 News and shared his memories of his daughter.

Maylee Anderson and her mother were both injured when their car collided with a Jeep in an intersection not far from their Highland home on Monday. Maylee was taken off life support Friday at the Utah Valley Medical Center.

Maylee never regained consciousness after the accident, but her father said there were times during the past week that he knew Maylee could hear him. But, Friday morning, a test showed Maylee was essentially brain dead, and that she would not recover.

“Not a great situation for any father or family to be in, but I'm just grateful for those tender mercies that have been shown,” said Stuart Anderson, Maylee’s father. “Little bits, little glimmers each day.”

Anderson said his daughter had a contagious laugh and was a sophomore at Lone Peak High School. He said she began to decline steadily beginning around 1:30 a.m. Friday.

Maylee and her mom, Christine, were injured Monday, and Tuesday the Anderson's learned their insurance wouldn't cover the cost of moving Christine to the same hospital as her daughter--but an anonymous donor intervened and Christine was moved Wednesday.

“She so needed that, to be able to be there, and to hold her hand, to sing the little songs they she used to do from when she was little, at bed time til even today,” Anderson said. “To have those moments... Christine has just done a 180. She looks better, she feels better.”

And, in spite of her head trauma, Maylee seemed to know when her mother was near.

“Her heart rate went up and her breathing accelerated,” Anderson said of the moments when mother and daughter were together.

Stuart Anderson said that even as things worsened for his daughter, there were magical moments this week.

“'If you can hear me, please grab my hand or give it a little squeeze,' and she had never, ever done that, but it was just the two of us, and I did feel a little squeeze,” he recalled. “I look at that to me as an indication that… one of God's tender mercies to let me know, that she could hear what we were saying."

He added, “While some people, or even medical professionals may say, 'Well, based on her condition, that’s impossible.' I know it's not.”

After tests confirmed Maylee was brain dead Friday morning, her family said their goodbyes. Stuart says he, his wife, and his son Ben now know more about loss than ever before, but they also know more about love.

“And I do consider this a blessing in our lives,” he said. “We're closer as a family, hopefully we can be better people going forward.”

Maylee’s passing is an opportunity for others to receive the gift of life, as she is an organ donor. We're told she had a conversation with her mother about a month ago and that Maylee wanted to be an organ donor and she was also interested in donating her hair to Locks of Love.

A Celebration of Life for Maylee is scheduled for Sunday from 7 p.m. to 8 p.m. at the Highland West Stake Center Parking Lot, located at 11605 North 6000 West in Highland. Event organizers stated the dress code is informal.

Anderson said there was a possibility Maylee’s mother, Christine, would be released from the hospital Friday, but later he said doctors had decided to keep her at the hospital for longer.