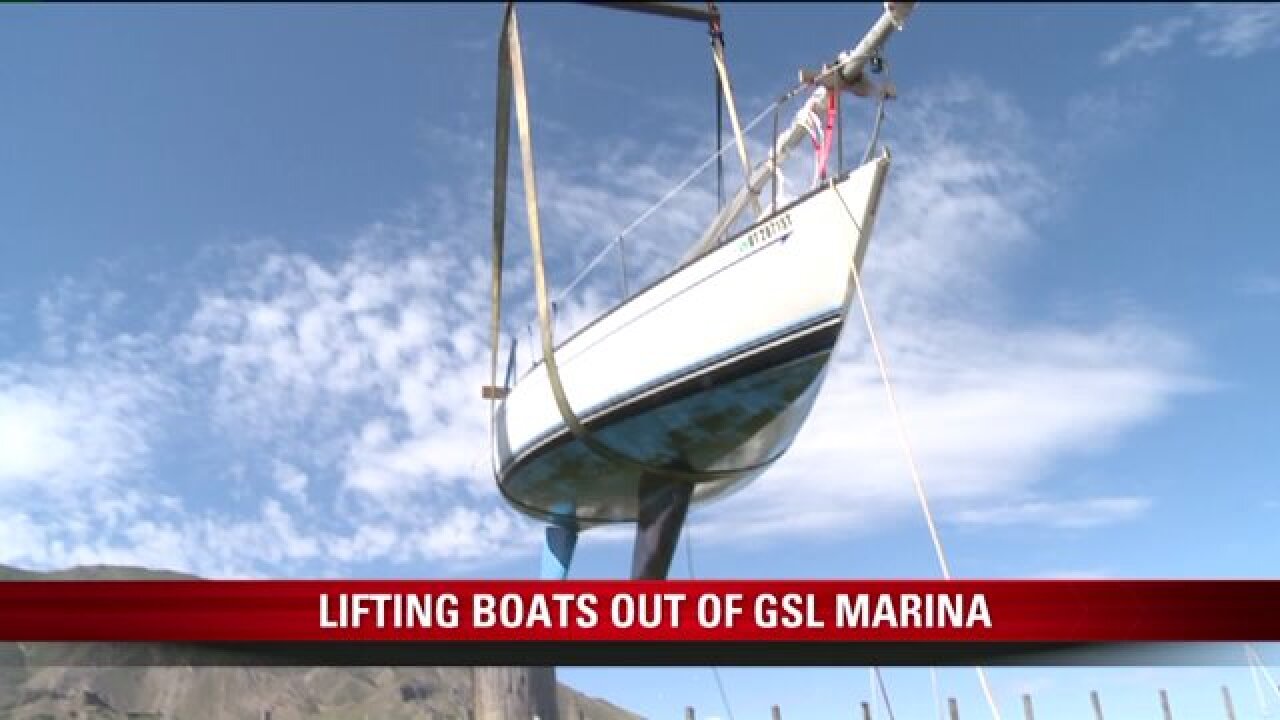 MAGNA, Utah – The water levels at the Great Salt Lake are so low this spring, they’re having to lift boats out of the marina and store them for the summer.

Lines and lines of sail boats now occupy the parking lot of the Great Salt Lake Marina in Magna, after volunteers helped lift 45 boats out of the water Thursday.

Salt lake resident Evan Smith’s boat is one of them.

He says it's hard to see it go.

“Yeah, it's a really sad day,” Smith said. “Mother Nature didn't cooperate with us, so, pull it out for a couple months."

Harbor Master Dave Shearer said this is a historic year. It's the first time they've had to remove boats from the marina in 30 years.

“We’ve had a catastrophic winter as far as moisture this year and, unfortunately, that means Great Salt Lake Marina is very shallow,” he said. “We have to get these boats out of the water before they get stuck in the mud.”

Dozens of boat owners and volunteers showed up Thursday to help remove the boats.

“The community is a real tight-knit community, and they just all chipped in and said 'Hey, I want to help out, I want to be there,’” Shearer said.

It was a full day’s work. And it cost boat owners about $230 to have their boat removed.

“Everyone's known for a while that they're going to have to pull their boats out,” Smith said. “There's a big email list that goes around for all the slip holders."

Shearer says they have plans to dredge the marina to make it deeper, so they won't have to move boats in the future.

“We’re going to be dredging this fall,” he said. “And, once we dredge, we should be able to get all the boats back into the marina.”

Smith says it’s unfortunate he won't be sailing this summer.

“Yeah, we're really going to miss it, you know, this is one of the few hobbies that we have,” he said.