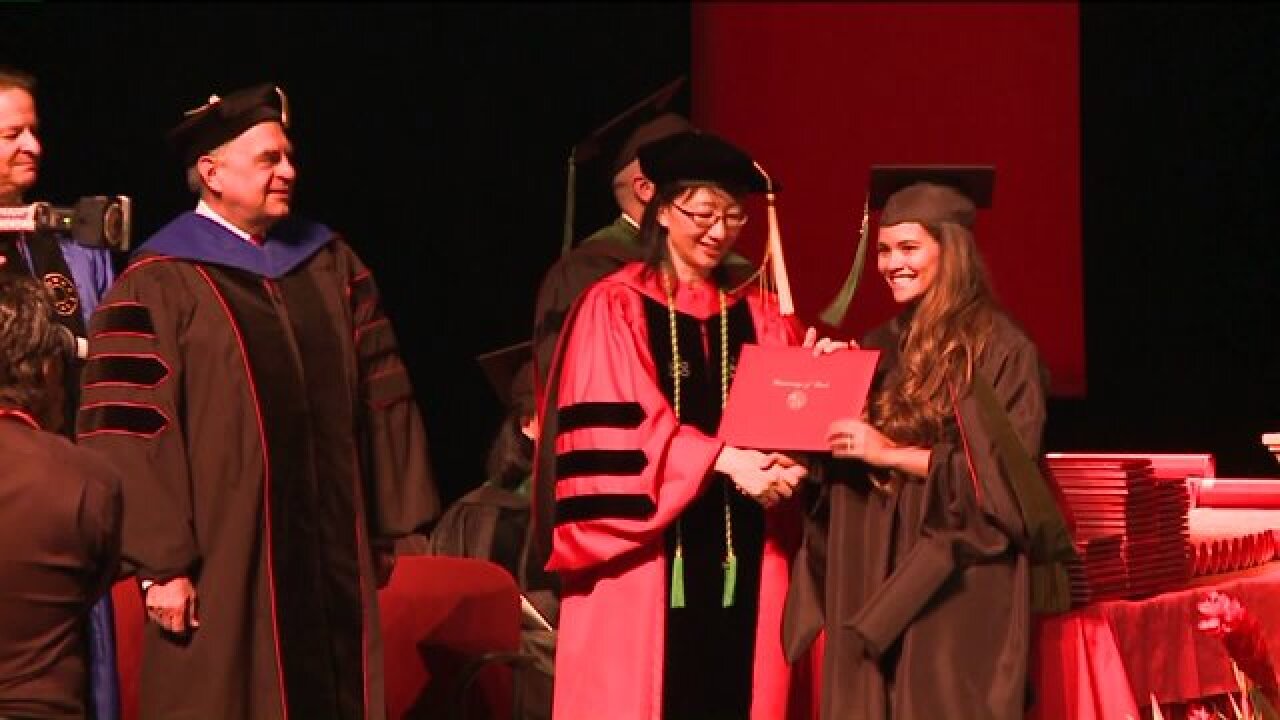 SALT LAKE CITY, Utah – University of Utah medical students who are part of the graduating class of 2015 marched to the stage at Kingsbury Hall Saturday to pick up their diplomas, saying after years of vigorous studying, they’re relieved to be finished and look forward to the future.

“A whirlwind, ups and downs, it was a lot of great memories, though,” said medical student Chris Bossart.

During his speech, keynote speaker and founder of the Huntsman Cancer Institute Jon Huntsman Sr. reminded students to put the needs of their patients first.

“How you approach your work by the attitude you show every day will have everything to do with your success,” Huntsman said.

Vivian Lee, Dean of the College of Medicine, encouraged students to marry science with compassion.

“If you’re a scientist, be driven by compassion for the people whose lives you will impact through your discoveries,” she said.

Lee said, thanks to a grant from the Utah Legislature, the U of U is now admitting more medical students, increasing the class size by at least 40.

“We expanded in two steps,” she said. “The first step was 102 students and then, just this fall, we admitted the fully expanded class, the first one, of 122 students, and they will start in another month or so.”

Lee says the U specializes in primary care, and they hope to attract more local students with an interest in the field because there is currently a lack of family doctors in the United States.

“One of the reasons why this bill was passed was because there was recognition that the U of U, we really train a lot of primary care providers--more than most of the medical schools in the country,” she said.