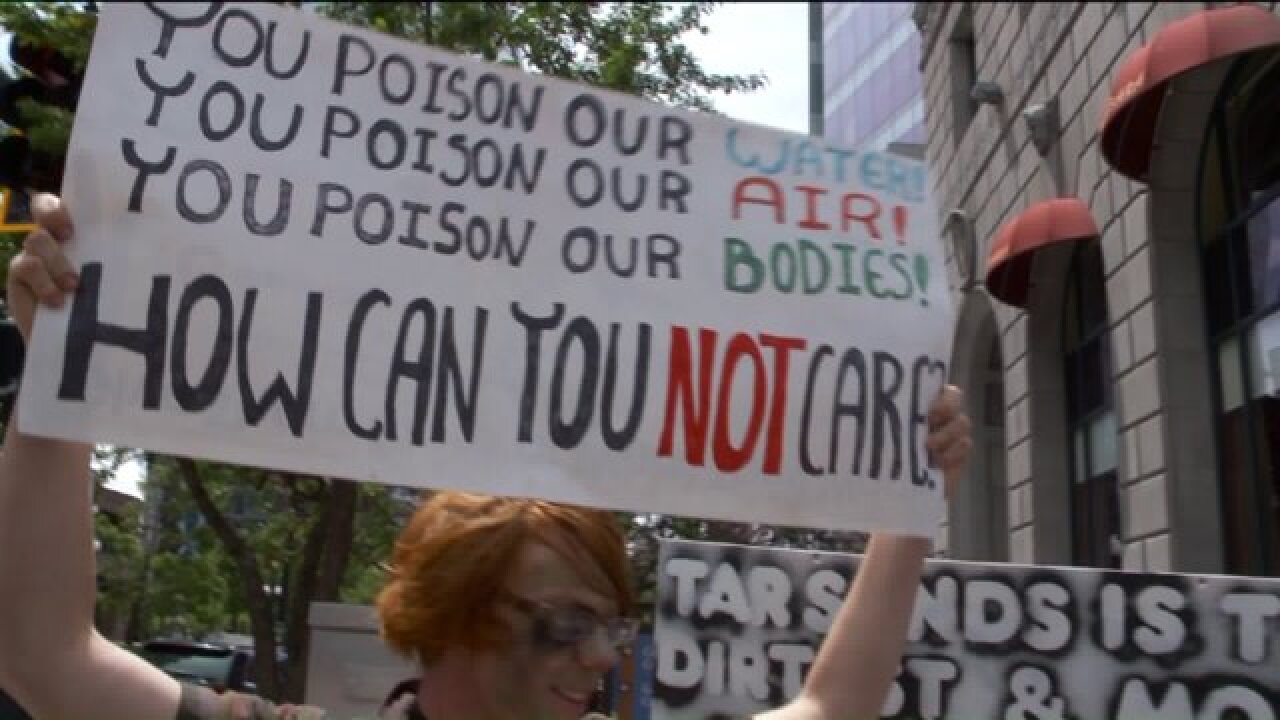 SALT LAKE CITY – Gov. Gary Herbert is host to the fourth energy development summit at the Salt Palace in Salt Lake City this week, and some protesters are using the opportunity to raise awareness of calls for changes to our energy policy.

Some of the top leaders in energy production are attending this summit to discuss energy in the region, but those protesting say the summit is one-sided and all about oil and coal rather than renewable resources that will help Utah’s pollution problem.

Two separate protests were held Thursday outside of Gov. Gary Herbert’s energy summit, both carrying a similar message: Without a change in energy strategy and focus, Utah’s future looks smog-filled.

“It’s a toxic future, so if we keep putting these chemicals into the air it’s just harming people and our bodies and cancer and all of those kinds of things,” Protester Sean Porter said.

Matt Pacenza with HEAL Utah said he thinks the state needs a different approach to energy.

"There's a lot of focus in there right now on oil and gas and tar sands and oil and getting as much as we can out of the ground here in Utah, and we think there's a different approach and a better approach," he said.

But Gov. Herbert said there is plenty of action taking place to make Utah a greener state when it comes to energy and air.

“We already have imposed on our industry folks here along the Wasatch Front hundreds of millions of dollars of new requirements with the best available technologies to reduce pollution,” Herbert said.

Herbert said the state is making strides. In the last decade, he says air pollution has been reduced by 87 percent.

"The desire to reduce pollution is something we all share,” Herbert said. “The question is the process and how fast can you do it and make adjustments?”

The governor said when you look at the numbers, the state's practical reality is that energy production will continue to come from carbon-based fuels like coal and oil for at least another generation.

But Pacenza said we don’t have that kind of time.