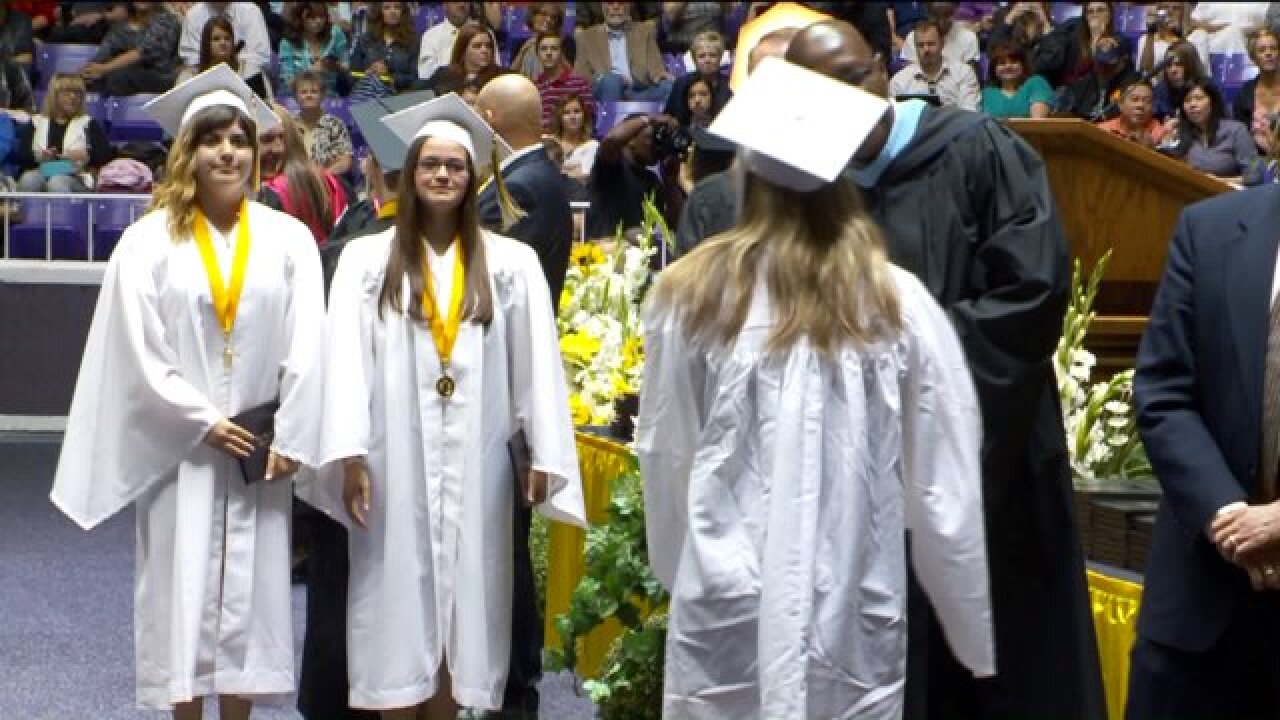 SALT LAKE CITY -- It’s graduation time for thousands of high school students around Utah, but new data indicates fewer of them are planning to go to college than last year. In fact, on average, one in 10 said they think their school work is done.

Dressed in caps and gowns, the Roy High School graduating class of 2015 finally had their diplomas in hand Wednesday.

"I finally graduated high school,” said Broderick Sherwood, a Roy High School graduate. “It's about time, I worked 12 years for this. I'm going off to college hopefully in the fall and going to get my degree.”

The State Office of Education said that’s the step that 87 percent of high school grads take, which leaves a large, growing number of those who say they’re done with school. Many are deterred by the cost of a four-year degree.

"Student loans are expensive, so I decided to pursue a career as a hunting guide because you don't need a college degree,” said Kelbam Brough, who is also a Roy High School Graduate.

Only 4 percent of Utah’s graduating high school students noted on the ACT that they would not be attending college in 2013. One year later, that number jumped to 13 percent.

“In some cases, the biggest barrier that we see is their fear of student loans and getting into debt, so they consider cost of going to college as being one of those barriers,” said Momi Tu’ua, who is a comprehensive counseling and guidance specialist.

It’s a trend that is startling to educators.

“That's a grave concern to me because that's 10 percent of the students who, right at the threshold of entering into adulthood, are foreclosing their opportunities,” said Brad Smith, who is the State Superintendent of Public Instruction.

“If you don't have a higher education degree, some sort of certification, you are closing doors,” Smith said. “Closing doors before you ever know what's behind them.”