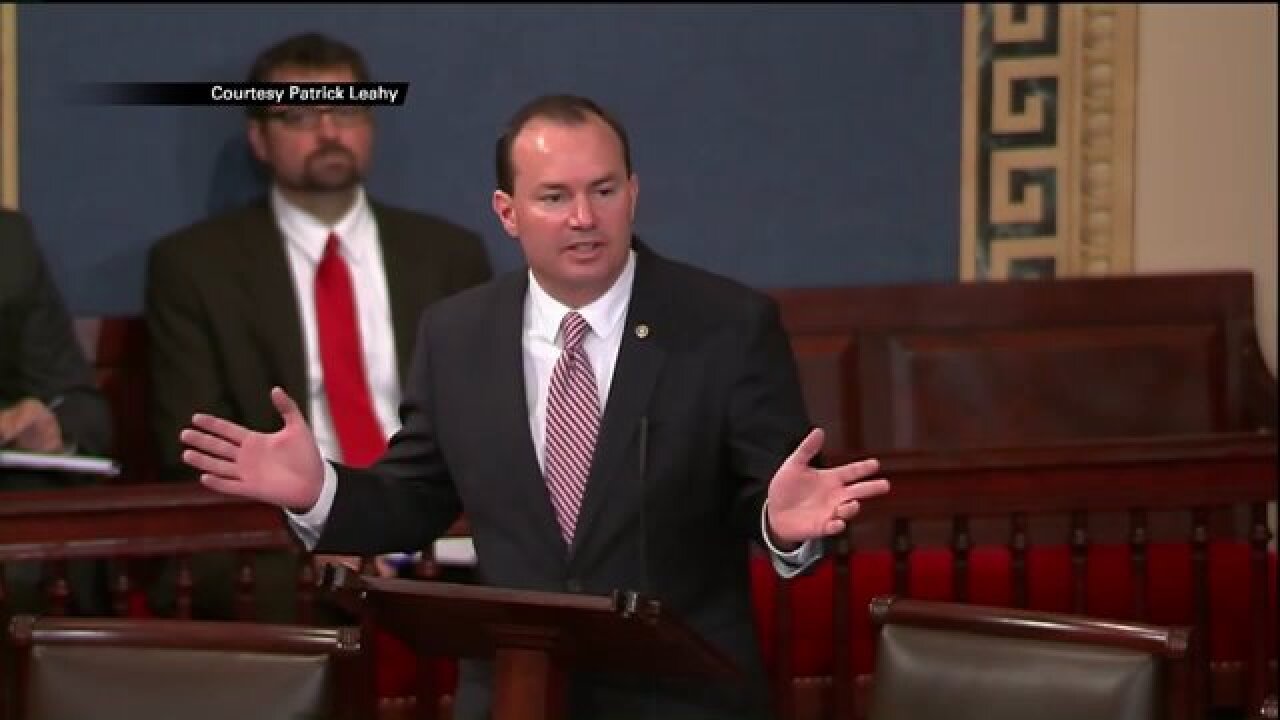 WASHINGTON -- Once again, Utah's junior senator is confounding the Washington establishment with an unusual assortment of allies and foes.

Senator Mike Lee is supporting a filibuster on the Senate floor, and he's working with the most senior Democrat in the Senate to drastically change the bill that allows the National Security Agency to gather phone records of all Americans.

Oh, and he's picking a fight with the most notorious brawler in his own party.

Lee has been working with Senator Patrick Leahy of Vermont, who is the most senior Democrat in the Senate.

Leahy and Lee are sponsoring legislation to curtail the NSA's ability to keep track of all phone calls made and received in the U.S.

"They're just collecting all of the data from all of the phone providers," Lee said. "They're putting it in one database, and then allowing that database to be searched."

Many of his fellow Republicans, in and out of the Senate, want the Patriot Act to be reauthorized as-is.

Among them is New Jersey Governor Chris Christie, adding to his reputation for bluntness.

"You can't enjoy your civil liberties if you are in a coffin," said Christie in a town hall in New Hampshire.

"That is a disingenuous comment, and I think he should retract that statement," Lee said.