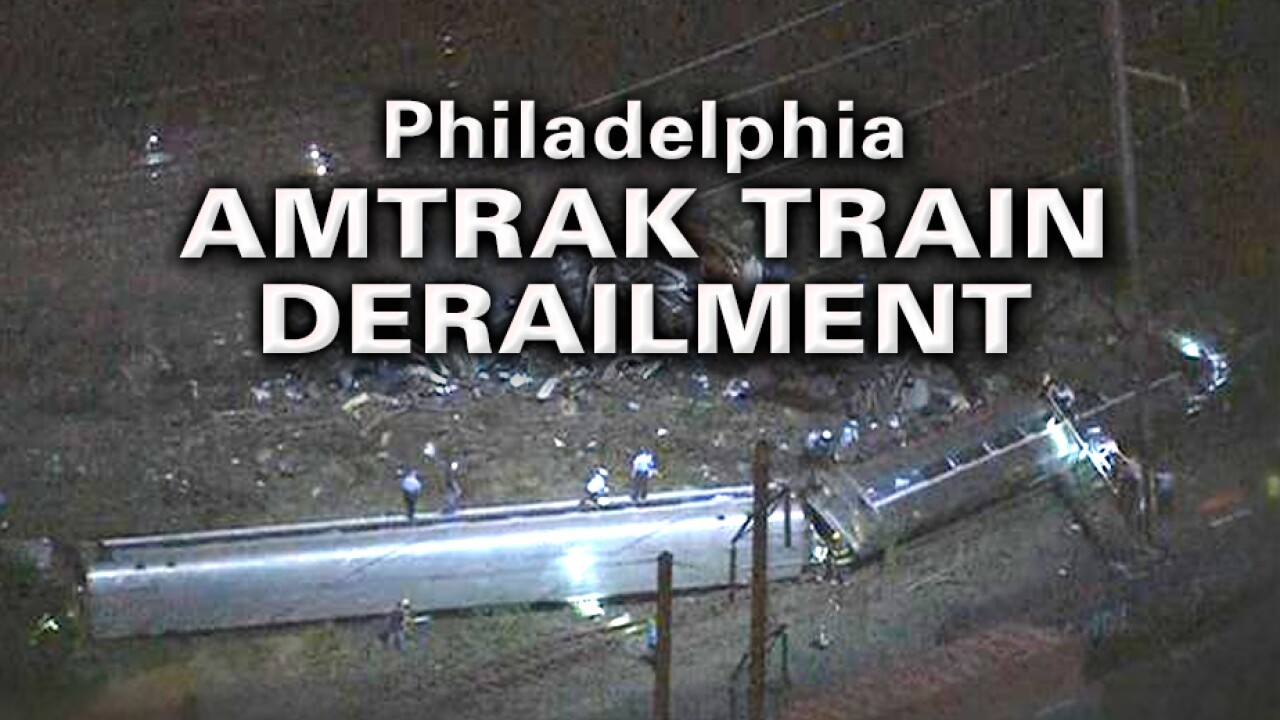 11:41 p.m. ET: At least five people are dead in the Amtrak derailment, Philadelphia Mayor Michael Nutter said. Seven cars and engines in “disarray” — turned over, upside down, he said. “It is an absolute, disastrous mess.”

11:20 p.m. ET: Amtrak shuts down rail service between Philadelphia and New York City for the night.

11:04 p.m. ET: Initial indications suggest there are at least 50 people injured in the Amtrak crash in the Philadelphia area, a U.S. law enforcement official said.

Armed with flashlights, firefighters workers went from car to car late Tuesday night, rescuing passengers from an Amtrak passenger train that derailed and tipped over in Philadelphia

At least 50 people were believed injured when the passenger train, carrying more than 200 people, derailed. There were no immediate reports of fatalities. The cause also wasn’t known.

The Amtrak Northeast Regional Train 188 was traveling from Washington to New York when it derailed north of the city of Philadelphia, Amtrak said. The cause wasn’t immediately known.

There were approximately 238 passengers and 5 crew members on board, Amtrak said. Initial indications suggest there were at least 50 injuries, a U.S. law enforcement official said.

“This is a nightmare and it can’t be happening,” passenger Joan Elfman told CNN affiliate KYW. “There are many, many injured people.”

The FBI was on the scene to assist in the investigation, but so far there is nothing to indicate the incident was an act of terrorism. Investigators will the National Transportation Safety Board will arrive in the morning.

Word of the derailment quickly spread on social media, with posts on Twitter describing crews searching for wreckage and helicopters hovering overhead.

Video from CNN affiliates KYW and WPVI showed what appeared to be an overturned train car and people with flashlights searching the area.

Philadelphia police asked area residents to not crowd to the scene.

Former Congressman Patrick Murphy said on Twitter that he was aboard the train when it crashed. “Helping others,” he said. “Pray for those injured.”

Later he shared a photo that showed a firefighter inside the train.

On Instagram, another passenger posted video of what appeared to be a rescue in progress.

Amtrak shut down rail service between Philadelphia and New York City for the night. It set up a special number for those seeking information on friends and family aboard the train: 1-800-523-9101.