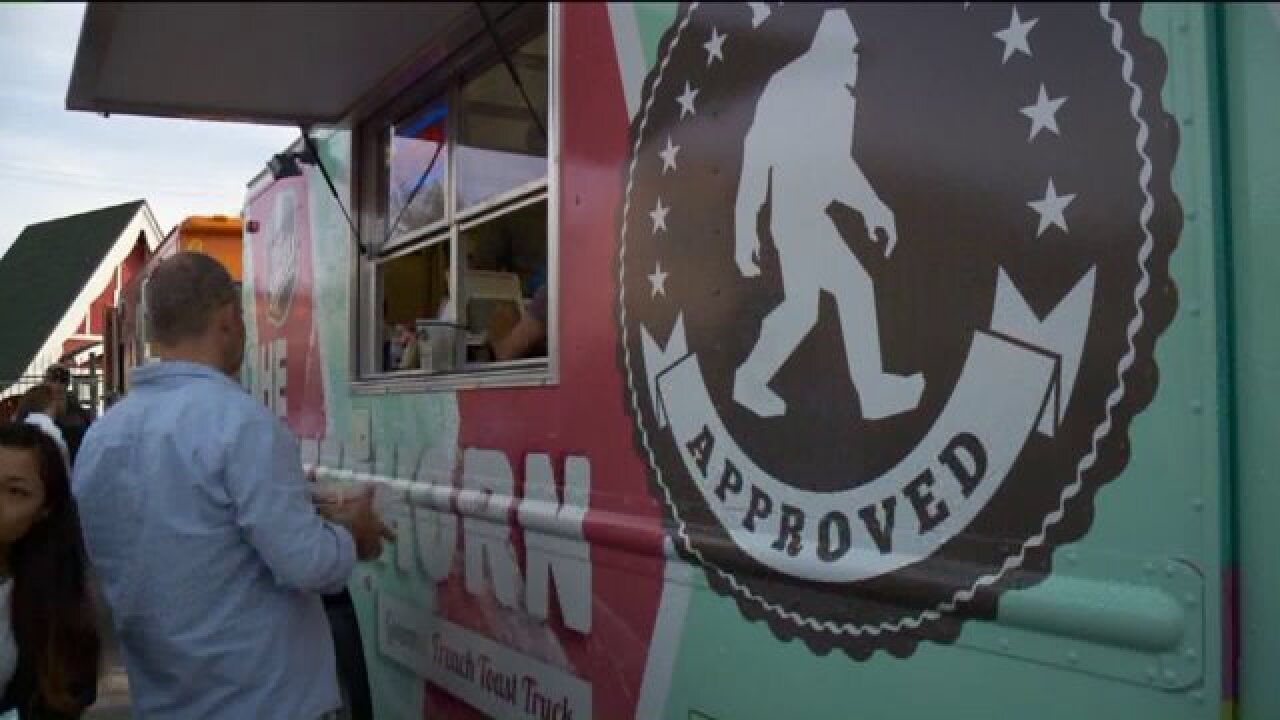 SALT LAKE CITY -- Hundreds crowded into Sugarmont Plaza to get a taste of a new summer tradition, Monday night.

Parked side by side, a dozen food trucks opened for the first event of the Food Truck League, an organization comprised of about 40 vendors.

"I've been cooking my whole life, and there is nothing that is as groovy as working a food truck," said Chef Kimo, who opened Fat Kid Mac N Cheese a few weeks ago.

For the next few months, Kimo and other small business owners will be able to cook in the heart of Sugar House every Monday.  Thanks to a social media following upwards of 11,000 people, the league’s temporary gig could prove profitable.

A native of Columbia, Terreros grew up watching his mother run a food stand in Utah. Since more and more trucks began popping up around the city, he knew he wanted to help them grow further.

“I’ve always wanted to come back to this industry,” Terreros said. “We will have, hopefully, 10 of these throughout different cities. And our goal is to have them from St. George all the way up to Layton.”

Within the next couple weeks, the league will announce events in two cities. Then, within the next month, they plan to launch a new smartphone app that will allow users to track their favorite trucks around town.

After 18 years in the restaurant business, Chef T was forced to shut down a few years ago. But in Sugarmont Plaza, he’s finally reopened with the same food, different overhead.

“That’s a beautiful thing right there,” he said.

For more information on the Food Truck League, visit http://thefoodtruckleague.com