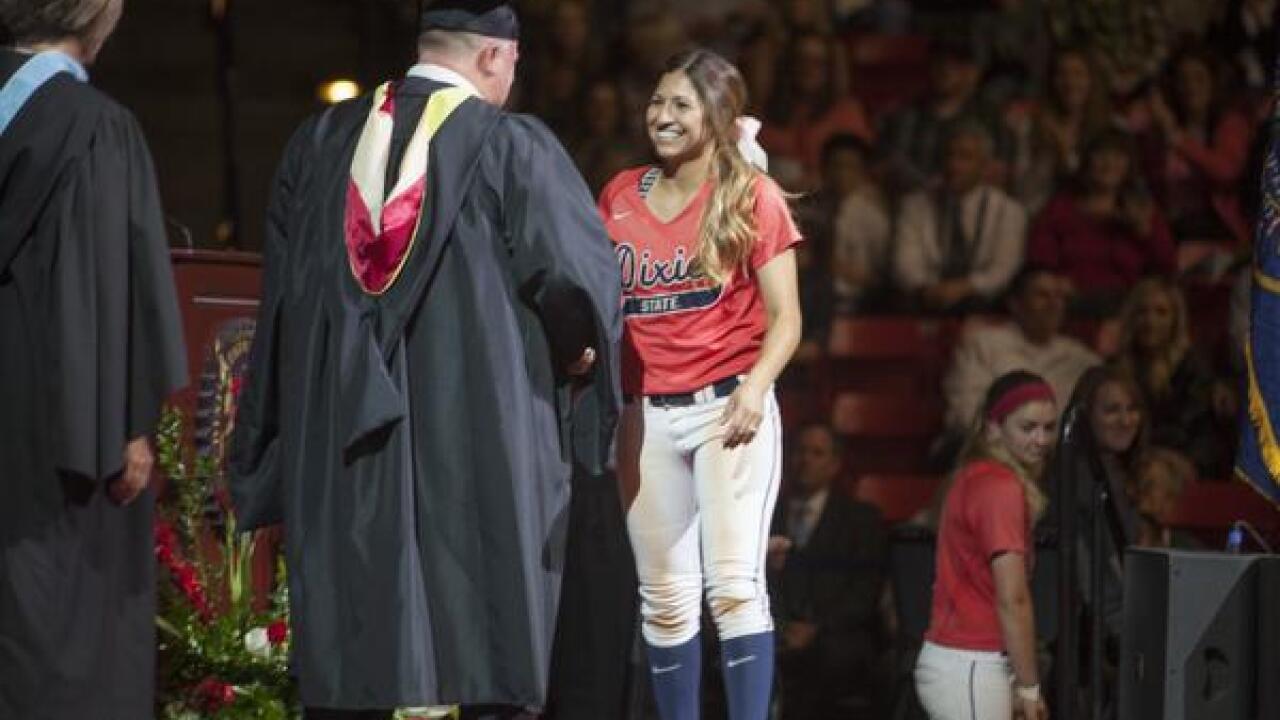 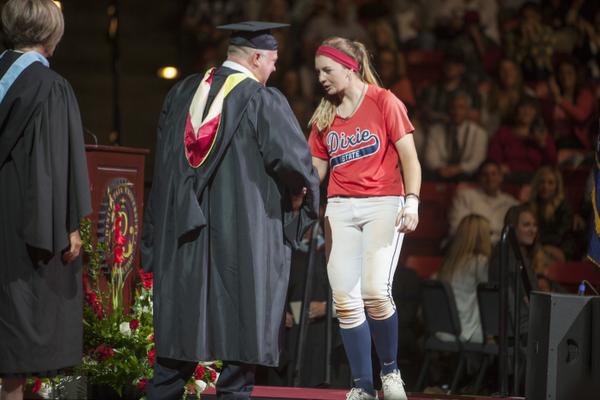 ST. GEORGE, Utah – Several senior softball players at Dixie State University reportedly walked during commencement exercises while still covered in dirt and wearing their game-day gear after a decisive lead ended a game early, giving the girls just enough time to run across the street to grace the graduation stage to the sounds of cheers and applause.

The Spectrum & Daily News reports the DSU softball team smashed California Baptist 11-0 Friday, and since the game ended in the fifth inning due to the more than 8-point lead, several seniors managed to make it to commencement with about 10 minutes to spare.

Courtney Sherwin, Nicole Chavez, Maria Reiter, Courtney Hine and Bailee Freeland rushed from Karl Brooks Field to cross the street to Burns Arena so they could walk through the big red “D” along with their graduating class Friday.

The Spectrum reports this meant the five athletes were the last in line to walk in the graduation ceremony, and they were reportedly greeted by hoots and hollers as they made their way across the stage lacking the traditional caps and gowns.

Cal Baptist reportedly loaded the bases twice in the first two innings against DSU, but pitcher Michelle Duncan delivered strikeouts at key times to keep the shutout going. Visit The Spectrum & Daily News for more on the game and graduation ceremony.