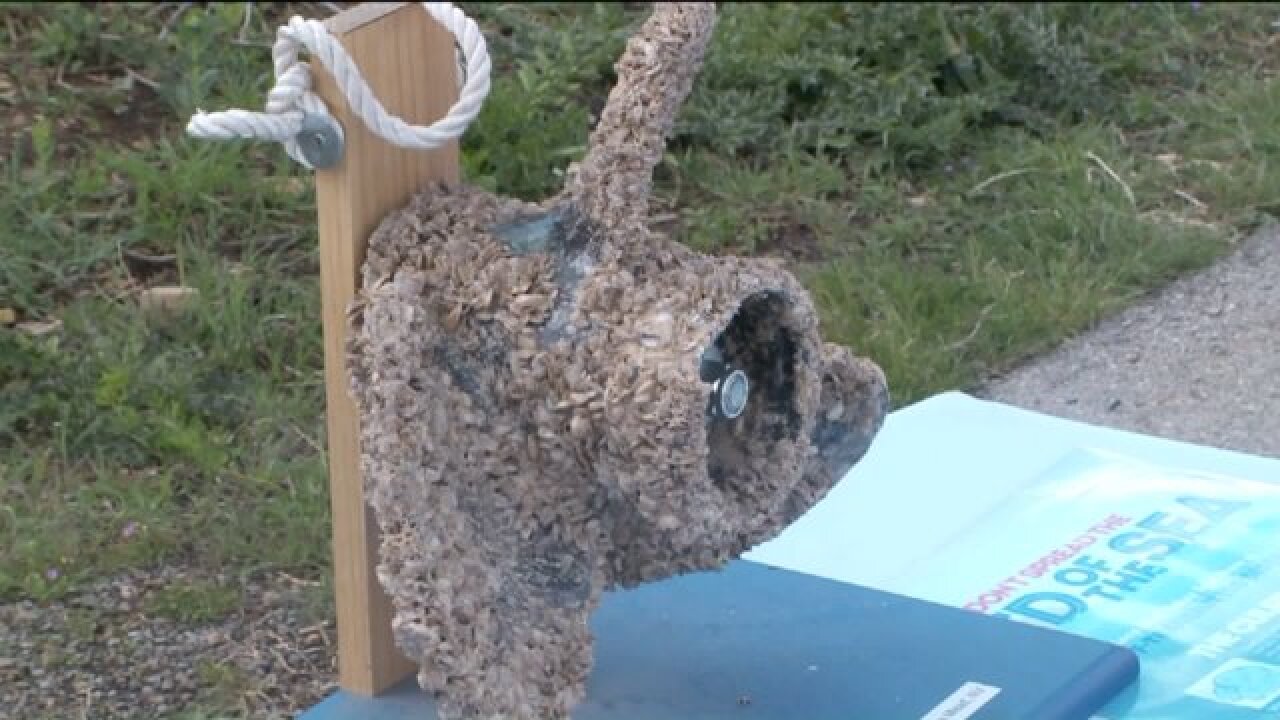 SALT LAKE CITY -- Now that boating season has arrived in Utah, the Department of Natural Resources is working to determine if the juvenile quagga mussels found in the Deer Creek Reservoir last fall have infested the water.

It’s a three-year process, requiring several sample tests to be taken. It’s an expensive and lengthy journey, but the price tag doesn’t even compare to what an actual infestation could cost.

“If we were to get quagga mussels in the central Utah project, which provides drinking water  to the entire Wasatch Front, it would cost about $22 million a year,” said Jordan Nielsen, who is an aquatic invasive species coordinator for the Division of Wildlife Resources.

Utah’s DWR is always testing its waters for invasive species. Last fall, a sample from Deer Creek Reservoir contained some veligers--which are juvenile quagga mussels. The invasive mussel species can clog pipes and disrupt ecosystems. Sampling work is now underway to determine if adult quaggas are in the water. Crews used nets and even employed divers in the process.

“We’ll put divers in the water to comb over the bottom of the lake or the dam or docks, anything that’s in the water, and then every boat that’s in and out of the water, we’ll take a look at,” Nielson said.

No adult mussels have been found in the reservoir, so far. Experts said a female quagga mussel can reproduce up to a million new mussels a year.

“Only about 40,000 at a time, but even at 40,000 at a time that is astronomical numbers,” Nielson said. “They can reproduce so quickly that they can pile up on top of each other and end up closing up pipes.”

That speed of reproduction is part of why an infestation can affect everyone--not just those who use the reservoir.

“Everybody in Utah uses water,” Nielson said. “If quagga mussels end up in our water it gets translated into higher costs for maintenance, which gets put on your water bill. Everyone receives a water bill; nobody wants to have to pay more on it."

Now that boating season has arrived along the Wasatch Front, officials with the DWR and State Parks are working to remind boaters of the risks that can come from not properly cleaning each boat.

“Veligers, they can come in on a boat in any water,” Nielson said. “They are so small, they are the size of a grain of sand. They can pull it up in the engine, a ballast tank."

All boats coming and going from the reservoir will need to be cleaned, drained and dried.

“It’s simple, as long as you obey by the rules here everything will be fine,” Boat owner Richard Dixon said. “I’m glad that Deer Creek and some of the other reservoirs we fish at regularly are not affected that bad like Lake Powell is and other big locations, but we’re concerned about this one and we try to do what they ask.”

For more information about the “STD of the sea” and the ways you can help prevent its spread, click here.