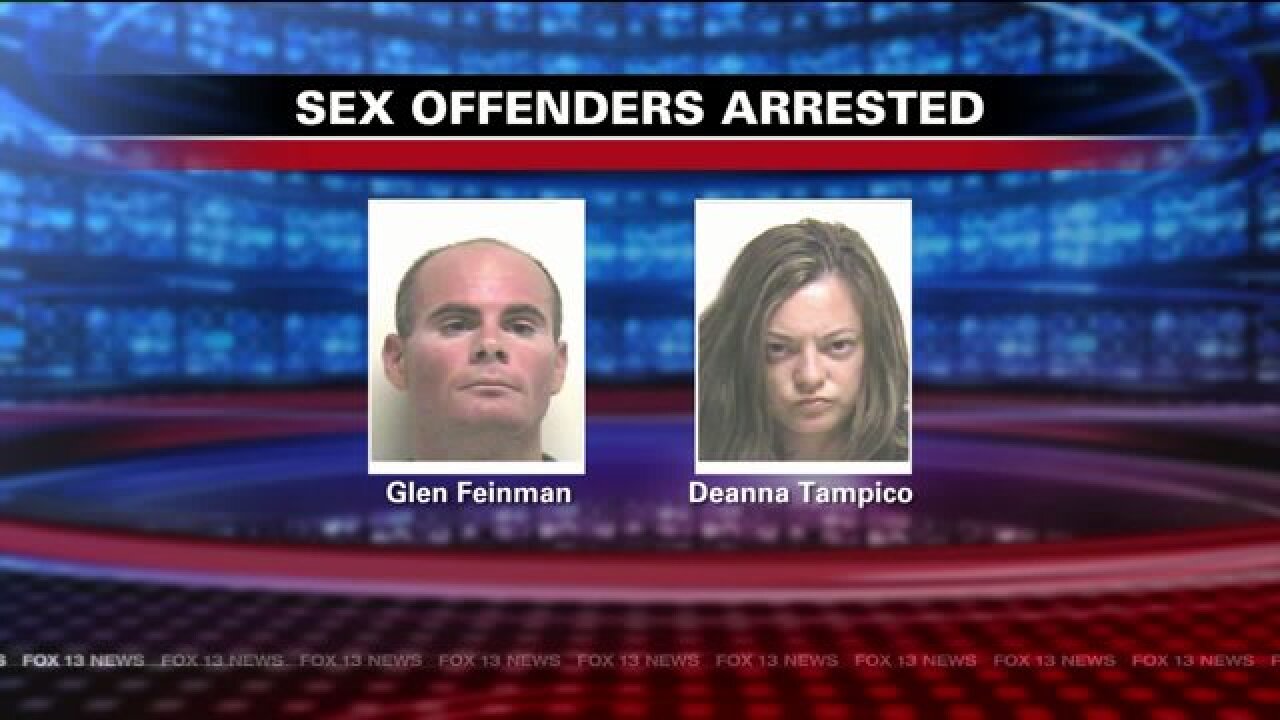 JUAB COUNTY, Utah - Police have two wanted child sex abuse suspects in custody after a woman recognized them in Springville and called police.

Authorities said they are sex offenders who cut off their ankle monitors before they took off last week.

Police put out photos of Tampico and Feinman asking for the public's help finding the pair.

A woman recognized them from the photos and called authorities.

Springville Police caught up to the couple who first gave officers fake names and then tried to run.

Officers arrested them and said the pair is now being held without bail and will be sent back to Washington to face charges.

The manhunt for these wanted child sex offenders began to focus in Nephi nearly a week ago when the fugitives’ car and basically everything in it, was found just a couple blocks away from the Wendy's, which is right off of Interstate 15.

On April 30, a Nephi resident called local police about a suspicious car parked near her home.

Officers found a black, 2000 Honda with Washington State plates parked and with the trunk open.

"The officer ran the plate, the plate had an alert on it -- the owner of the vehicle having a warrant for a sex offense out of the state of Washington," Nephi Capt. Bert Wright said.

The owner of the vehicle was identified as Glen Feinman, a parolee from Seattle who’d served seven years in prison for child rape involving a 13-year-old girl.

Tampico is also a sex offender and parolee convicted of drugging then sexually abusing a runaway teenager.

Police in Seattle say Feinman and Tampico hooked up through a mutual friend and on April 25 and then hit the road.

"The owner of this vehicle, as well as the female passenger, had both cut off their GPS monitors for being parolees," officials say.

Four days later, Feinman's car and basically all their belongings; including food, clothing and camping equipment turned up more than 900 miles away, in central Utah.

"We don't know the reason they stopped in Nephi. We believe they left pretty fast," officials said.

Wright said the fugitives likely have cell phones, credit cards and possibly some cash because some of the gear in the Honda was brand new.

Police said Feinman occasionally dresses as a woman and has used the aliases of "Trina Sims" and "Janelle Sims."

Tampico has used the last name "Bender" in the past.