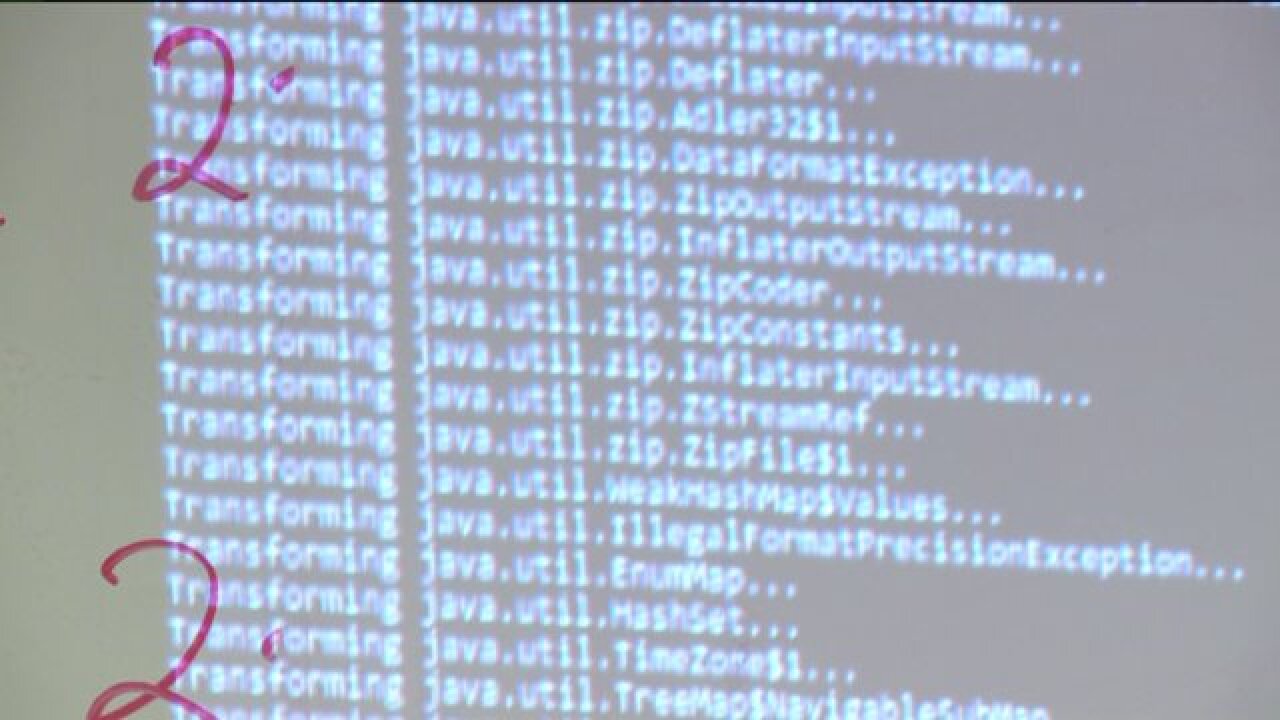 SALT LAKE CITY -- It's described as the next wave of terrorism. Cyber attacks are becoming a growing threat to national security. Hackers are getting stronger and more advanced.

To get one step ahead of those threatening national security, the U.S. Department of Defense has given researchers at the University of Utah the task of finding ways to fight cyber attacks.

“We are trying to make sure that these attacks are impossible in the first place. We want to make it so there's no way in to steal email at all,” said Matt Might, associate professor of Computer Science at the U and co-leader of the team.

With a $3 million grant from the U.S. Department of Defense, the team of computer scientists are going to work to develop software to catch future forms of security vulnerability.

“We’re going to use this essentially as a spell-check for programmers that when programmers are writing their code, if they see a vulnerability and they accidentally introduce and warn them and say, 'look you just made this code vulnerable you need to fix this,'” Might said.

Might compares the vulnerability of today’s email servers and software to having a home door unlocked, where someone can walk right in.

“At some point we're going to actually put locks on all the doors, Might said. "Basically we're going to lock up our computers in a reasonable fashion and that's going to force attackers to get a little bit smarter about what they do. So what they'll do is find a ladder and scale the roof and find an open window,” Might said.

What these researchers are hoping to do is prevent hackers from even being able to scale the roof in the first place.

“I compare it to exploring a new continent, where I get to go out on the intellectual landscape and find rivers and mountains and those like the Grand Canyon to be the first person to see that and come back and tell everyone where it is at,” said Michael Adams, a member of the team also working on his post-doctoral fellowship.

The launch of the project comes on the heels of the White House releasing information that hackers read some of President Obama’s unclassified emails last year.

“You only have to look at incidences like the breach of the president’s email to realize that if even the president can't keep his email secure the rest of us are in trouble too,” Might said.

The team will work on the project for the next four years. Every six weeks the U.S. Military will have cyber-attacks to test it.