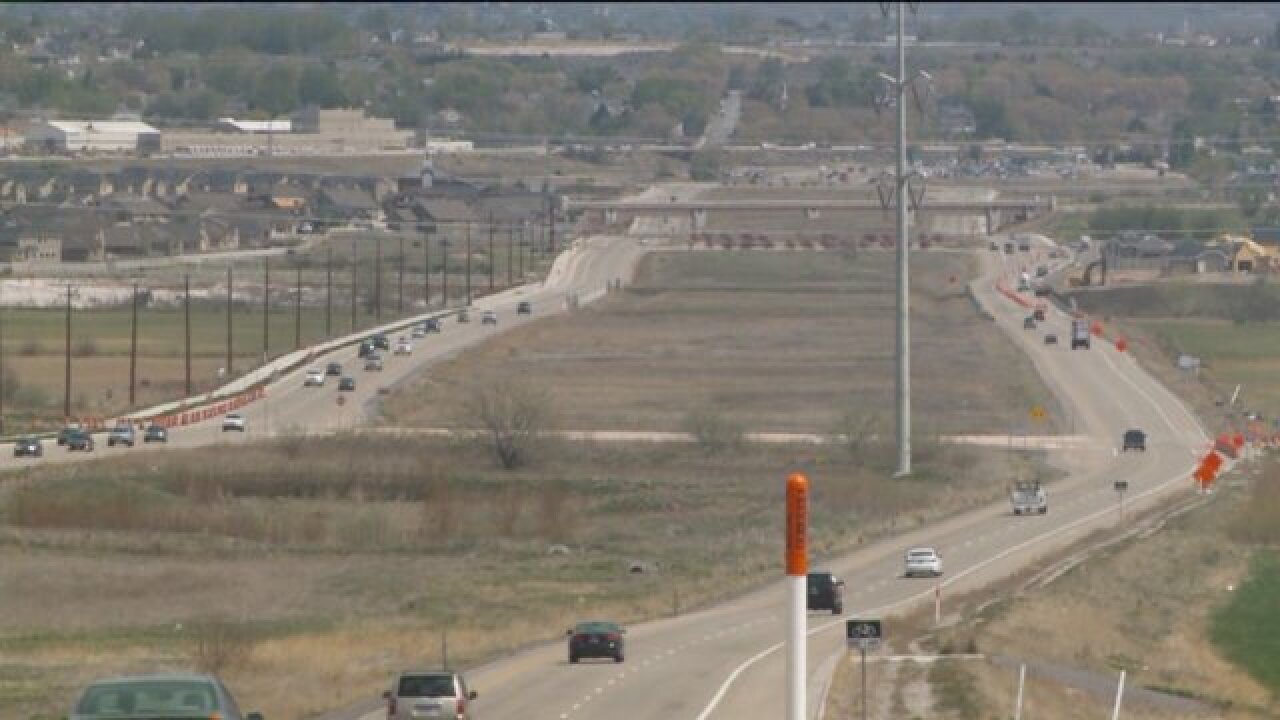 SARATOGA SPRINGS, Utah - Utah County leaders are making big plans to increase transit and expand freeways in the Satatoga Springs, Eagle Mountain region. They say they're doing it to prepare for mass population growth projected in the region.

County officials project Utah County's population to grow from 500,000 to one million people by 2040. They recently released a proposed mass transit plan that will occur in two different phases over the next 20 years.

Two more freeways and an extension of UTA's rail systems are in the works.

"We've been growing at about 4 percent per year for the past 10 years. In the future we are going to double that 500,000 population to about a million population," said Shawn Seager, director of Mountainland Association of Governments.

The first phase of the plan, which would occur in the next 10 years involves widening I-15 in Lehi, expanding SR-73 from Saratoga Springs to Eagle Mountain, and extending Mountain View Corridor from Salt Lake County to SR-73.

The second phase would involve extending TRAX from Draper to Lehi or to Orem. And extending the Frontrunner Train from Provo to Payson.

"Our plan calls for TRAX to be extended around the point of the mountain, past the Adobe building, Thanksgiving Point area, past the Timpanogos Highway all the way down into Lehi. We would like to eventually take it all the way in to Orem," Seager said.

Utah County Planners are looking into the possibility of building a bridge across Utah Lake, with a freeway wrapping around the lake.

"That's a vision project, so that's something we would categorize as not funded, not needed at this point in time, but something that's been identified and looked at in the past," Seager said.

In total, it's a $15 billion project. Seager said they already have $14 billion in the budget. The rest could come from a voted on increased sales tax or funds from the gas tax, which will be implemented next year.

Residents say they think the plan is a good idea.

"The expansion of the mountain corridor really should help us out," said Saratoga Springs resident Steven Barber.

"I think it would be a really good idea for traffic, especially us commuters who live here but we commute to Salt Lake but don't want to live in Salt Lake," said Saratoga Springs resident Tiffany Salisbury.

Mountainland Association is hosting a public meeting at their offices in Orem on April 29 from 4 to 6 pm. Seager said officials will take public input and continue to review their plan every four years and continue working with UDOT to implement those plans through 2040.