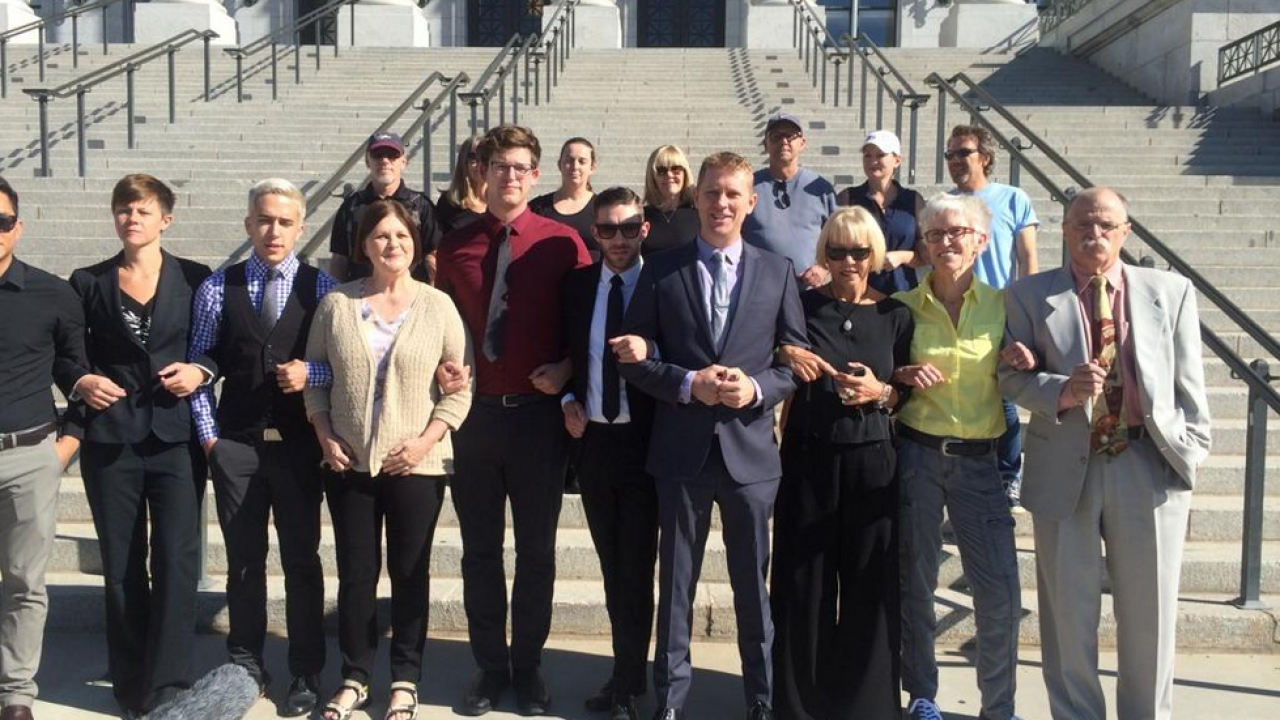 Members of the so-called “Capitol 13” and their attorneys at a news conference on Thursday.

SALT LAKE CITY — Members of the group known as the “Capitol 13” have struck plea deals over a protest at the Utah State Legislature in support of gay rights.

At a hearing in Salt Lake City Justice Court on Wednesday, they pleaded no contest to an infraction and were sentenced to 90 days probation. The group gained notoriety when they blocked access to a legislative hearing in 2014, demanding that lawmakers hear a bill that provided protections to lesbian, gay, bisexual and transgender people in housing and employment.

Outside of court, protester Michelle Turpin said it was worth it.

“I don’t regret it a bit,” she told reporters.

The Capitol 13’s action followed weeks of gay rights protests over what was known as Senate Bill 100. Lawmakers refused to hear the bill because they were in the midst of appeals over Amendment 3, the state’s same-sex marriage ban that was overturned by a federal judge.

Same-sex marriage is legal in Utah after the U.S. Supreme Court refused to hear the state’s appeal of the Amendment 3 case.

Earlier this year, after a series of closed-door negotiations between lawmakers, gay community leaders and The Church of Jesus Christ of Latter-day Saints, the legislature passed SB296, which provided protections for LGBT people in housing and employment, but also included protections for people’s religious expressions.

Capitol 13 protester Donna Weinholtz said called SB296 “a reason to rejoice” and said she considered their demonstration “a victory.”

“It is a victory. It is a brilliant piece of legislation,” she said. “There are people out there who worry the LGBT community was thrown under the bus and there was too much negotiation. That’s not true. I implore those individuals to read the bill.”

After SB296 passed and was signed into law by Governor Gary Herbert, many called on Salt Lake City prosecutors to dismiss the case. They did not.

“We’re disappointed the city chose to continue with the charges but we’re happy with the resolution,” said Chris Wharton, one of the attorneys for the Capitol 13. “We’re happy their voices got heard.”