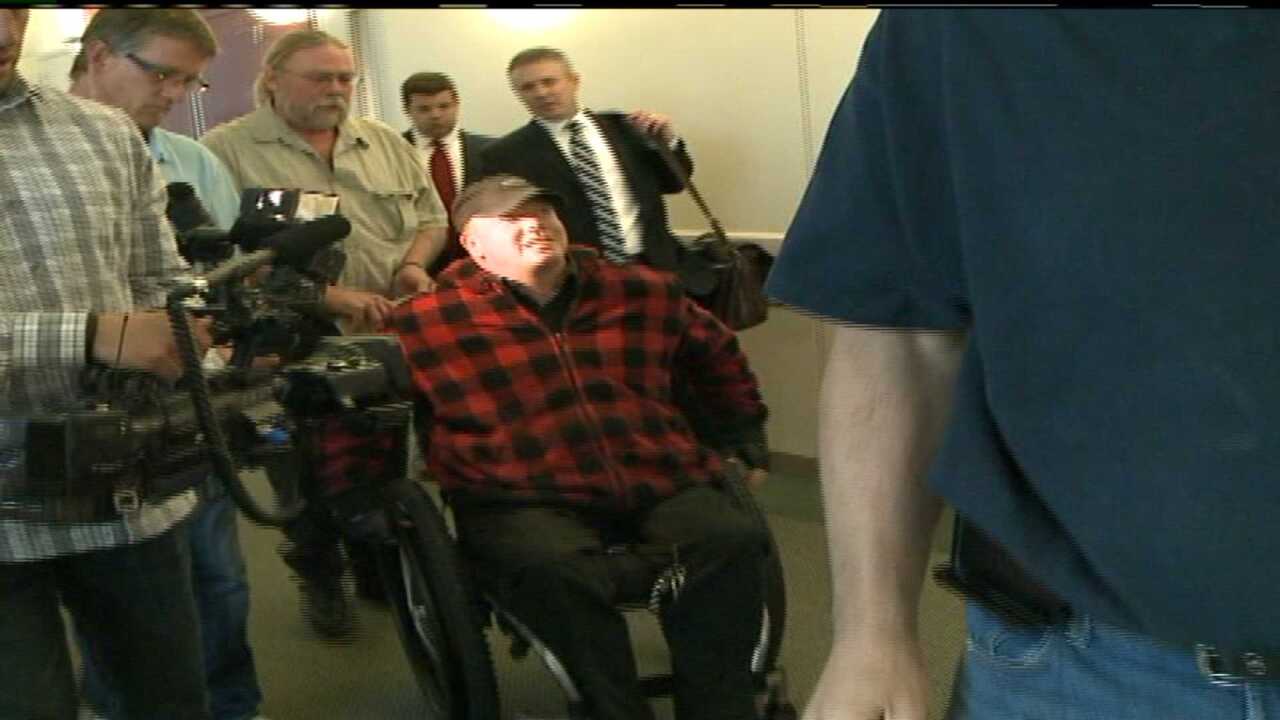 SALT LAKE CITY -- The Utah Court of Appeals is considering whether to overturn the sentence of Bluffdale neighborhood watch shooting victim David Serbeck.

Serbeck's attorney argued Monday that the jury and judge at his 2012 unlawful sexual conduct trial heard prejudicial information that -- at the very least -- should result in a new sentence. That information included claims by the alleged victim that she came forward after seeing news reports about Serbeck being shot by Reggie Campos on a Bluffdale street in 2009, and suggestions that Serbeck was stalking girls when he was shot.

The Utah Attorney General's Office argued that the trial judge never even considered the claims at sentencing, and urged the Court of Appeals to reject Serbeck's request. Judge Fred Voros asked if Serbeck was less of a risk of committing sex crimes now that he is confined to a wheelchair, something assistant Utah Attorney General Jeffrey Gray disputed.

"He has no remorse, he denies it and he considers himself the victim," Gray told the judges.

Judge Gregory Orme questioned if the jury that convicted Serbeck could have second-guessed wrongdoing if both prosecutors and defense stipulated he was never charged with a crime, but never flat-out said that Serbeck did nothing criminal (he was the victim in that case).

"It was Barney Fife and his buddy running amok in the neighborhood," Judge Orme said of the shooting. "Why not bring out no crime happened?"

Serbeck was shot and paralyzed in 2009 on a Bluffdale street by Reggie Campos while out on neighborhood watch. Campos' daughter claimed he was following her and Campos confronted him -- with a gun. Campos was convicted of attempted murder. The Utah Court of Appeals overturned his conviction in 2013. He has already been released from prison.

Serbeck was then charged with unlawful sexual conduct with a minor, stemming from a sexual relationship that prosecutors said he had with a teenage girl. He was sentenced to serve up to 10 years in prison. At his parole hearing, Serbeck insisted he was innocent.

The Utah Court of Appeals took Serbeck's appeal under advisement. The judges did not say when they would issue a ruling.