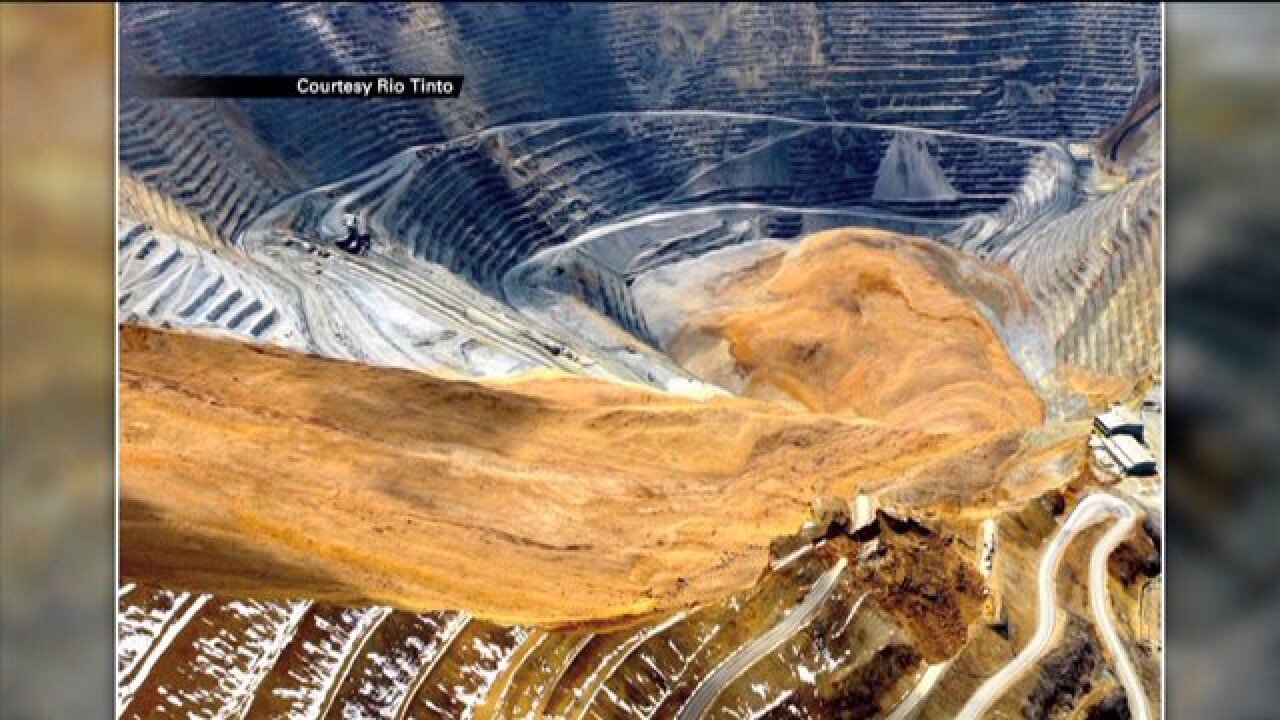 SALT LAKE CITY -- Millions of tons of debris spilled into the Bingham Canyon Mine on April 10, 2013, making it one of the largest human caused landslides in history. It's a disaster Kennecott says changed the face of their mine forever.

For the past two years, crews have been working to clear the 150 million tons of debris that came tumbling down the mine.

"Whenever you have a historic event happen within your organization like this, it really changes a lot within the business," said Kyle Bennett, who is a spokesman  for Rio Tinto Kennecott.

In April of 2013, debris stretched three-quarters of a mile into the pit of the mine. That's enough rubble to fill all of New York's Central Park with 64 feet of dirt.

The wall of dirt that collapsed was on a fault line. Kennecott says that, mixed with spring weather conditions, caused the slide.

Two years later, millions of tons of dirt still have to be removed. Three of the 13 haul trucks that were buried in the slide are still buried today, and many of the jobs which were lost still have not been rehired.

"Going through something like this makes you become a much leaner and a more sensitive business to every factor going on within the mine," Bennett said.

Their focus now is safety and working to prevent another landslide from happening again.

"When you go through an experience like we did two years ago, it really helps you to reevaluate safety in a whole different way," Bennett said. "We have reevaluated safety in our working areas. We're making changes in those areas as well."

Since the slide, the company redesigned the layout of the mine.

"That includes deflating certain areas to improve our factor of safety to ensure Kennecott and the mine and a value stream as a whole is a safe operation that will have decades to come," Foster said.

Kennecott says they have no plans to bring back the visitor's center, that was moved before the slide, anytime soon.

"There's still challenges and opportunities in front of us to fully recover from the slide," Foster said. "We accept that challenge, and we know due to the workforce and mindset of our organization we'll be able to overcome those challenges."

Even though they've cleared 87 million tons of debris, so far they still have a ways to go before they get all of the debris out. They don't expect that to happen until 2016