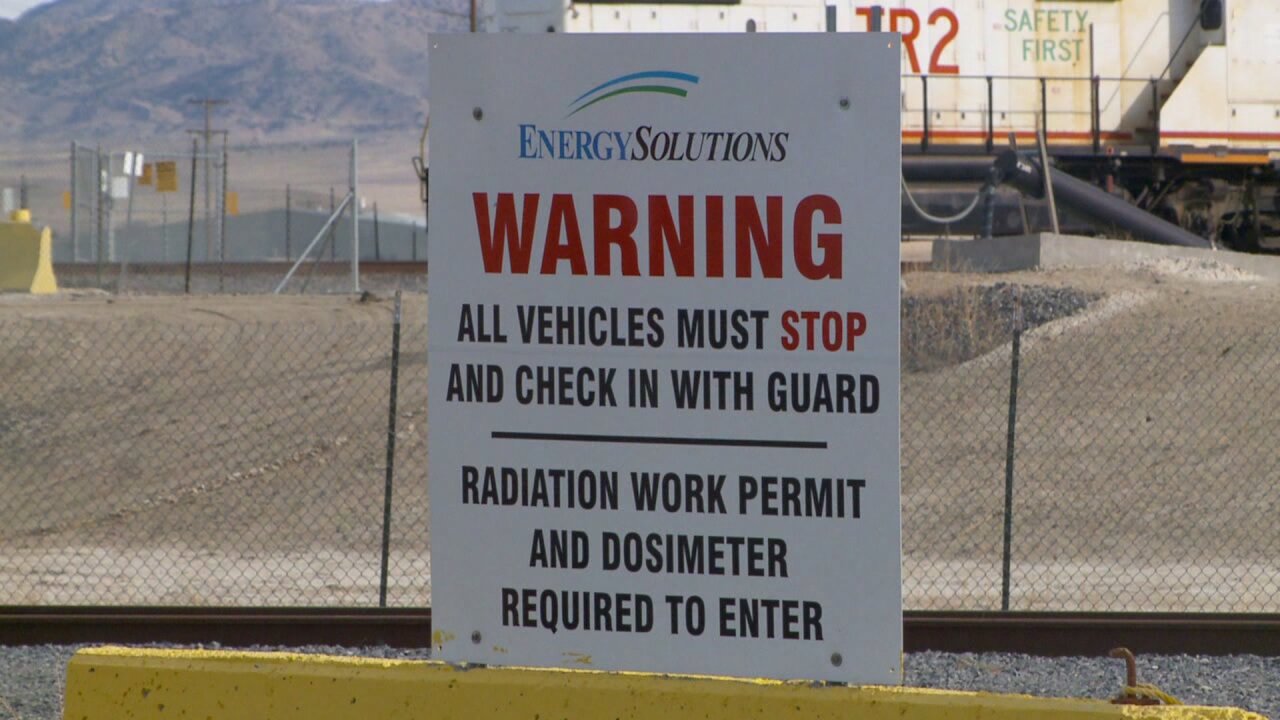 Speaking at his monthly news conference on KUED, the governor expressed some worry about EnergySolutions' proposal to bury the radioactive waste at its facility in Clive, about 80 miles west of Salt Lake City.

"It's not a matter of can we do it, it's should we do it and is it permitted under the law?" Herbert told reporters.

EnergySolutions is applying to bury as much as 700,000 tons of depleted uranium, a product of nuclear weapons and reactors that gets hotter over thousands of years. Under Utah law, however, EnergySolutions is only allowed to dispose of what is termed "Class A Waste."

The question is if depleted uranium will continue to be classified as "Class A Waste," even if it gets "hotter" over time. The federal government would have to definitively state.

"I want that reviewed," the governor said Thursday. "Because I have a hunch that it's hotter than Class A Waste and should be reclassified as something else."

Until the Nuclear Regulatory Commission decides, Herbert said: "I'm not comfortable having depleted uranium stored out at Clive."

Environmentalists were happy to hear the governor's comments.

"We're pleased to find out the governor is thinking along these same lines," said Matt Pacenza, the executive director of HEAL Utah. "We think it will be an easy decision for the state of Utah to let EnergySolutions know it's simply not appropriate to bring it here."

In a statement to FOX 13, EnergySolutions said:

“The classification of Depleted Uranium as Class A waste has for years met the rigorous review standards of the Nuclear Regulatory Commission (NRC) and the technical and scientific communities. We believe in the principle that good policy is based upon good science.

We are confident that Depleted Uranium is classified correctly as Class A waste and that the Division of Radiation Control (DRC) will be satisfied with the answers we will provide and confirm that our facility is suitable for the disposal of Depleted Uranium.”

On Monday, EnergySolutions put its application on hold while it attempted to answer a series of "unresolved questions" raised by a state report that took five years to complete. On Thursday, Utah's Department of Environmental Quality halted a public comment period to give the company more time.

Pacenza said he was disappointed, but believed the company would not be able to satisfy state regulators and the public at large.

"We're disappointed that EnergySolutions is going to get more time to try again to convince us it's somehow safe to keep nuclear waste in a mound in the desert for millions of years," he said. "We can't really fathom what they can possibly tell us in additional time to clear up the issues."

Utah's DEQ said it still planned to hold a series of informational meetings about depleted uranium in Tooele and Salt Lake City in May.