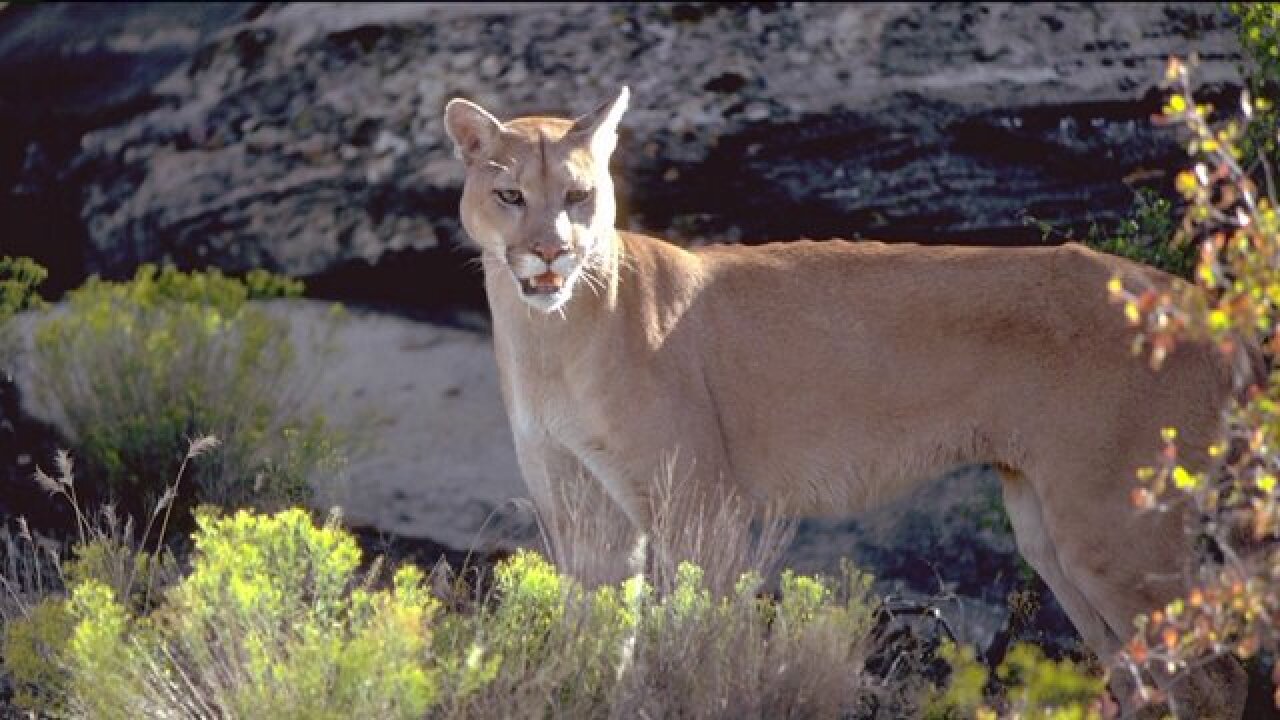 CACHE COUNTY, Utah - There have been several mountain lion sightings in Cache County, Smithfield and along the river trail in Logan Canyon. The Division of Wildlife Resources is putting out a word of warning to residents to be aware of the animals, and have some tips if you encounter one.

Officials with the Division of Wildlife Resources say cougars are typically shy and avoid people and urban areas. But officials remind Utah residents that they can harm and kill – people and pets.

Heathfield said he’s had multiple encounters with mountain lions and he always tells his climbing students the same thing.

“If it makes contact with you, like it did with me, kind of a semi-stalking behavior, you do not run at all. You turn around and you make yourself very big and you just don’t back down,” he said.

Phil Douglass from the DWR said that’s exactly what people need to do. While they don’t attack people very often, there have been multiple sightings of mountain lions in Utah lately - in Cache County, Smithfield and one recently on the river trail in Logan Canyon.

“When he found this mule deer that had been preyed on, it had been covered over,” Douglass said. “And so, if people find areas like that, if they find a deer or an elk that looks like it’s been taken by a mountain lion, one of those signs is its been covered or there’s  drag or an obvious dragging the animal.”

Douglass and Heathfield say not to run, because that triggers the cougar’s predatory instincts. They also remind residents to keep their pets out of harm’s way, because mountain lions commonly prey on pets.

“So keeping your pets indoors, keeping their feeding areas indoors, and keeping pets away from where they can be attacked, because we do see many pets that are taken by mountain lions and other predators such as coyotes,” Douglass aid.

Douglass said while it’s uncommon for mountain lions to attack humans, it can happen and it’s important to be aware.

“People need to be vigilant, be aware of their surroundings, not only for cougars, but for other wildlife, as well,” he said.

Hiker and salt Lake City resident Sonya Fitches said after hearing of the sightings, she’s going to be more aware of her surroundings.

“Although you want to love nature, you do want to be safe and you want to know your boundaries with animals and that’s very important to know how to not harm them and you don’t want to be harmed by them either, you want to respect them and that you’re in their territory,” she said.

The DWR has information on their website with more tips on what you can do if you ever encounter a cougar at Wild Aware Utah | Wildlife Awareness, Safety Information