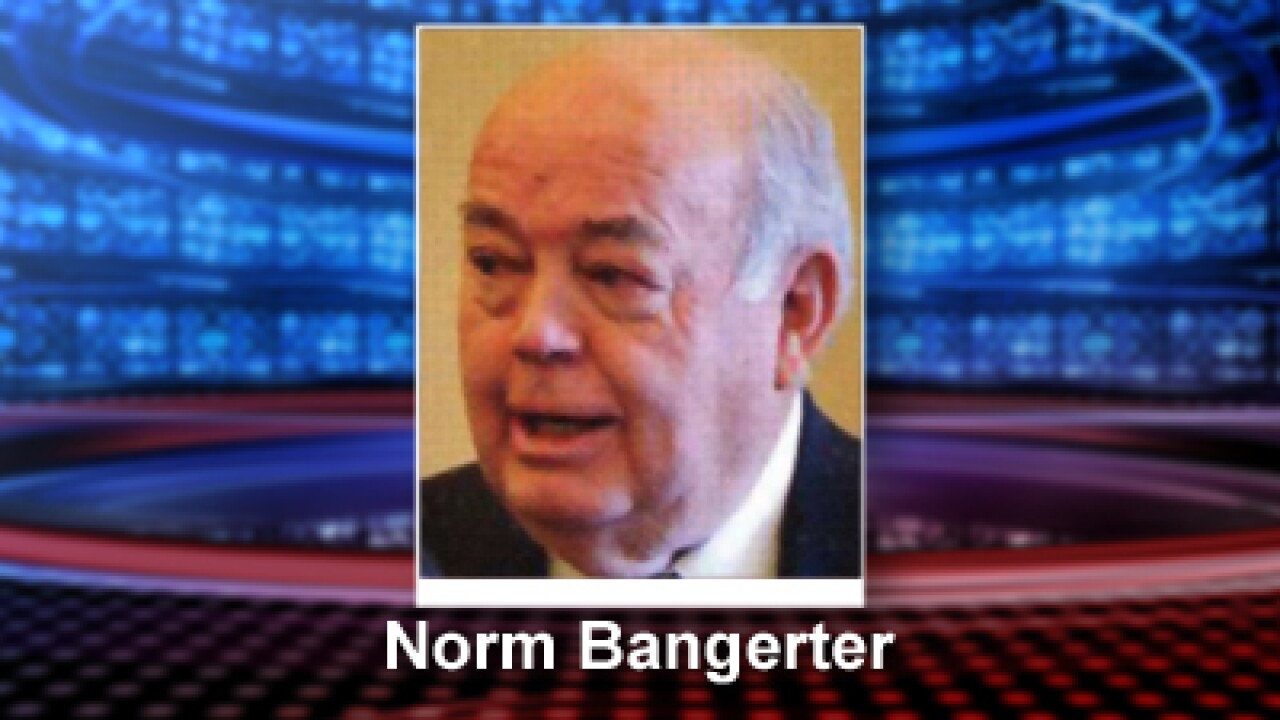 SALT LAKE CITY -- Former Utah Governor Norm Bangerter died Tuesday after suffering from complications of a stroke. He was 82.

The family expresses their thanks to the people of Utah for their love and support throughout the years, according to a statement released Tuesday night.

According to a press release issued Wednesday, a viewing is scheduled for Friday, April 17 from 5 p.m. to 8 p.m. at the LDS South Jordan Parkway Stake, located at 9894 South 2700 West in South Jordan. The funeral is scheduled for April 18 at 12 p.m. at Salt Lake Community College's Jordan Campus at the LDS Institute Building, 3431 West Wights Fort Road (9191 South) in West Jordan. Both events are open to the public.

Bangerter was elected governor of Utah in 1984, making him the first Republican governor in the state in 20 years. He was reelected in 1988.

Bangerter believed in the value of hard work and in fiscal responsibility.

During his eight years in office, Utah faced many challenges, according to the release.

"Governor Bangerter made tough decisions and then honestly presented those decisions to the citizens of Utah," the release states.

Bangerter entered politics in 1974, when he was elected to the Utah House of Representatives where he served until he was elected governor. During this time, the former governor served as Assistant Majority Whip, Majority Leader, and Speaker of the House.

Bangerter was the first Speaker to serve two consecutive terms in more than 40 years.

"His pride and joy were his six children and one foster son and their spouses, and numerous grandchildren and great-grandchildren," according to the release. "In 2012, he married Judy Schiffman."

Bangerter went on to preside over the Johannesberg, South Africa Mission for The Church of Jesus Christ of Latter-day Saints from 1996-99 with his wife.

After his service as governor, Bangerter chaired the Utah Advisory Commission to Optimize State Government for Gov. Gary R. Herbert.

"His political advice and wisdom was often sought by numerous candidates and office holders," the release states.